This is the second cookie I made from Bouchon Bakery this week. It’s a version of a classic cream-filled chocolate cookie, the initials standing for Thomas Keller Oreos. 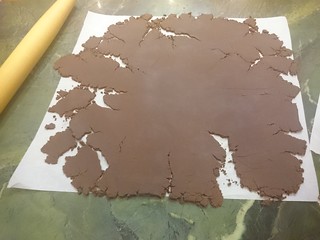 The recipes seemed simple enough: a rolled dough sandwiched with a ganache. On Tuesday, I made a double-batch of the chocolate shortbread dough, rolling it out, cutting 2” fluted circles out of it, and baking them off. I wasn’t ready with the filling yet, so I kept the baked rounds in an airtight container. 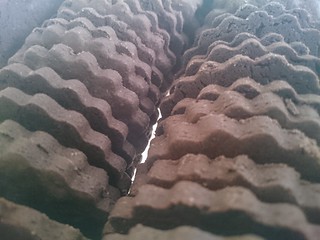 However, things started to go south over the next few nights. The ganache filling needs at least 4 hours to set in the fridge. On my first, and most disastrous, attempt, the chilled filling was extremely runny, and definitely not pipeable. The reports on TKOs from the project that worked their way through the book also mentioned how runny the filling was.

A little research indicated that my usage of white chocolate chips was likely a problem: they have very little cocoa butter. The next day, I went to a local Bulk Barn and bought a piece of white chocolate: unfortunately, the label did not indicate the cocoa butter percentage. For this second attempt, I added a few tablespoons of powdered cocoa butter to help set the ganache, and then chilled the mixture once more.

This was also a failure: not only was the mixture still runny, but it had a weird off taste, from the cocoa butter I added. I learned something else from this failure though: agitating the chilled ganache vigorously did make it slightly thicker, but not enough to pipe though. 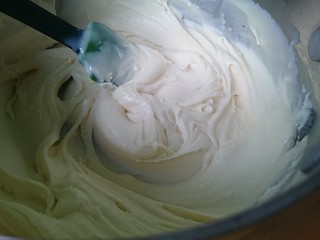 On Thursday night, I dropped by Domino Foods in St. Lawrence Market, and picked up a block of Callebaut white chocolate, with a minimum cocoa butter percentage of 28%. I also price checked the Valrhona Ivoire 35% (which the recipe actually specifies) over at Lifely Life, but wasn’t going to pay $50/kg for it!

To ensure this filling would set, I deviated from the recipe, and went with a more traditional 2:1 ratio of chocolate to cream. This time, the filling was much thicker, and I was able to pipe little teardrops on the cookies and make a few dozen sandwiches. It seems ridiculous to pipe it like this, since it’s time consuming, and is purely decorative. 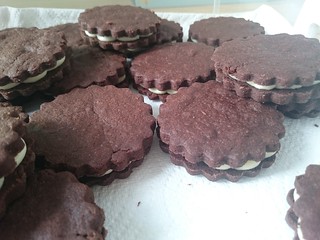 I wouldn’t make the TKOs again. They don’t really taste like Oreos, and aren’t all that exciting for the effort I put in. 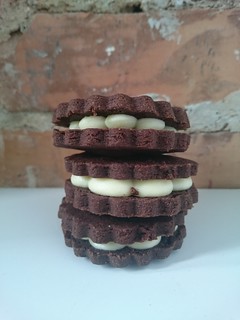