I’ve started to go through Homebaking again, and found this raisin bread which made my son very happy. He and I share a love of raisins, unlike my wife, who prefers chocolate chips over pretty much everything else. 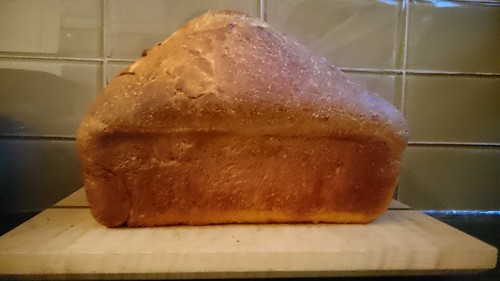 The recipe yields two small loaves, but I halved it to make one. Step one is to scald some milk, which Ochef tells us helps bread to rise better or something like that. I did it in the microwave. 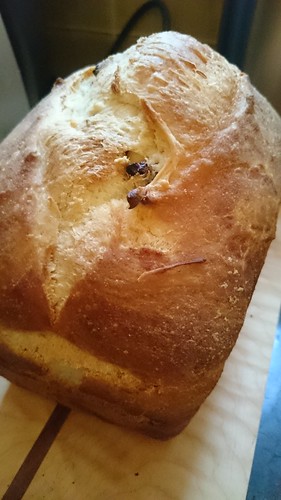 The rest of the dough ingredients are a pretty standard enriched formula, with an egg, butter and sugar. Because of the small amount of yeast, it takes a long time for it to rise, more than twice as long, actually. I work from home these days, since my Achilles injury, so I’m able to start a long project like this in the morning, and have it done before dinner. 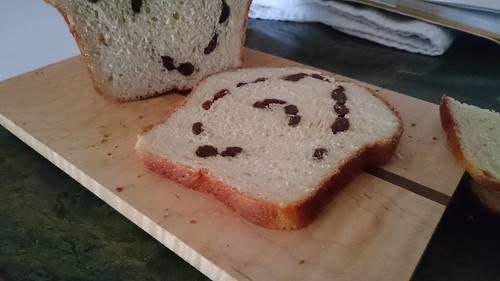 I was really surprised by how much the dough rose in the oven! The loaf absorbed all the brushed-on melted butter by the next morning, and the outside surface was soft. Inside, the loaf had a nice crumb, but I might have over-developed the gluten, as it was too chewy. Also, and most crucially, ½ cup is nowhere near enough raisins for even a small loaf like this one.