A cake with twelve layers sounds impressive, and this chocolate and cream tower really does make a stunning presentation. I originally made this cake as a dessert for the second night of Passover, but liked it so much, that I made it again a week later.

Let me briefly document the cake I made in Florida, and what I learned from that one first. I had to eyeball the amount of chocolate, since it was specified by weight, and I didn’t have a scale. We didn’t have time to make praline paste, so I used peanut butter instead. And in our haste to assemble the torte, we neglected to brush coffee syrup on two of the baked cake layers. Finally, we skipped the croquante topping, and served portions with only six layers, so that we could stretch the number of servings.

Despite all of these mistakes and shortcuts, the cake was delicious. The dark chocolate flavour, was offset by the coolness and lightness of the creamy filling. It needed no accompaniment but could have used a stronger nut flavour. 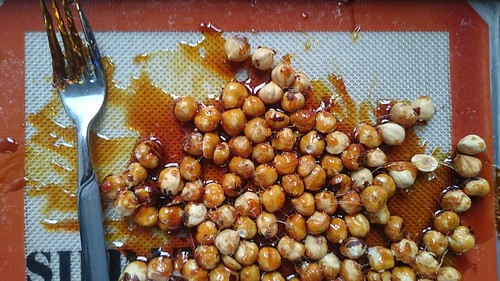 For the at-home version, I wanted to make it using praline paste. I’ve never found a good source for a commercially made product, so I have to make it myself. After skinning the hazelnuts and putting them on a Silpat, I poured a dark caramel over top and spread it thin. You can get an easy recipe here. 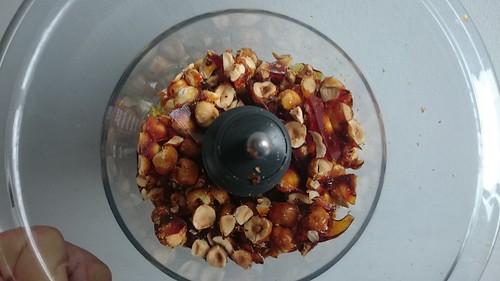 Once it was cool, I broke it into small enough pieces to fit into the mini-bowl of my food processor. 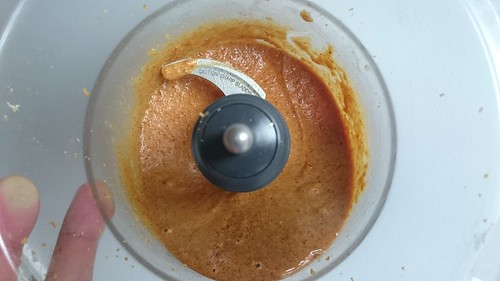 After two minutes of grinding, I had a grainy paste, that gave off a heavenly aroma of hazelnut and caramel. This stuff is AMAZING spread on toast, and kicks Nutella’s ass to the curb. 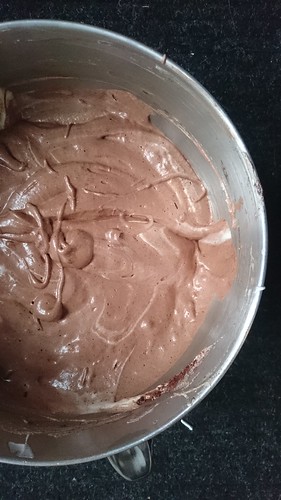 The cake batter is a sponge that requires 12-15 minutes time to whip the egg whites. It’s also easiest if you have three half sheet pans so you can divide the batter evenly and bake them all at once. If, like me, you only have two, you’ll have to either guesstimate or weigh the batter to ensure you have an even distribution, and let one pan and cake cool before baking the last one. 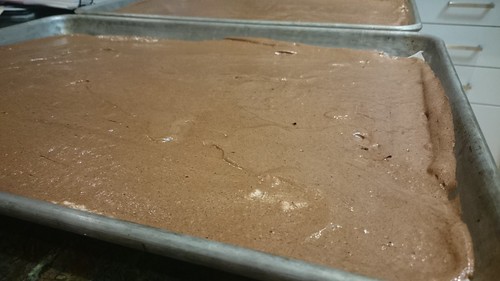 The batter is quite thin, and will bake pretty quickly, so check at the minimum time to avoid overcooking it. 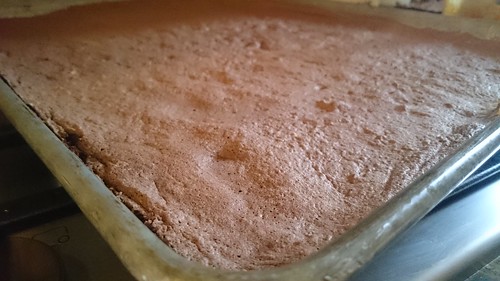 For the chocolate praline filling, you whip eggs with a hot, sugar syrup until they’re tripled in volume. Then you fold in the chocolate and praline paste, and whipped cream. Here it is, partially mixed: 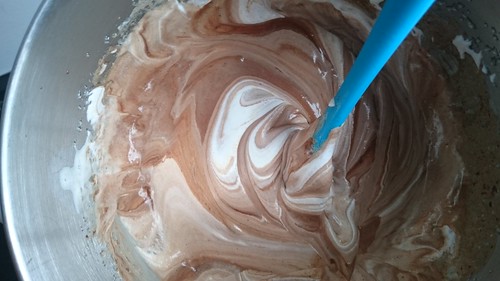 To assemble, you begin by separating the parchment from the cake layers. The book suggests placing a warm, wet dish towel on the parchment, to soften it. I’m not sure whether this actually helped or whether a good spray of PAM is all you need. The cake is quite delicate, but with a second set of hands, it’s not too difficult to transfer the layer for assembly.

To finish assembly, you brush each layer with coffee syrup (instead of making the syrup as described, I mixed equal amounts of Kahlúa and espresso), then spread about 3 cups of filling on each layer. Leave a bit of a border, as the cake layer on top will cause the filling to spread out a bit. For serving, trim up the edges, and slice into the desired shape and size. 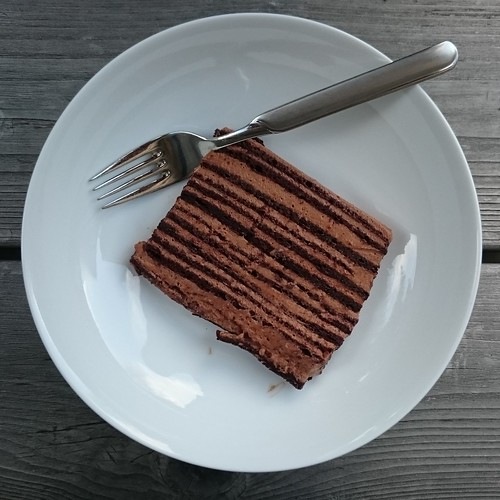 Again, I felt this was a pretty impressive looking dessert, and one that wasn’t too difficult to make. I loved the texture, and the chocolate-hazelnut flavour.

Here’s a bonus animation I made of my son displaying the cake: