My favourite thing to put on toast is marmalade: any type of citrus, preferably thick-cut, not too sweet, with assertive bitterness and tartness. After seeing a huge variety of oranges for sale at the grocery, I bought some Seville and Moro oranges and set out to preserve them. 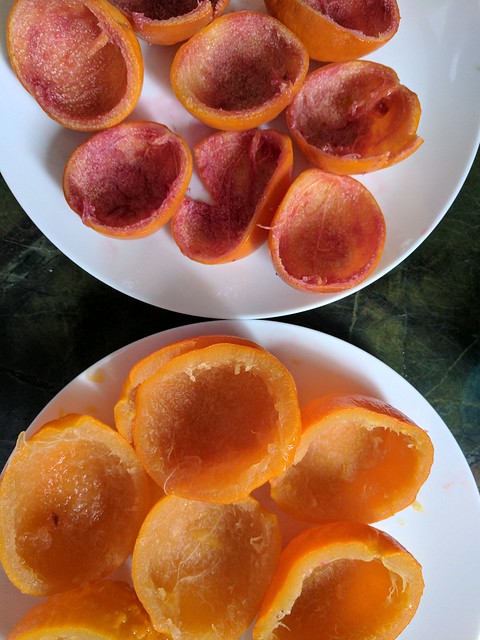 I settled on the recipe for marmalade from Home Baking, which didn’t call for any added pectin and conveniently specified a ratio between the weight of the fruit and the sugar. The first step is to gently cook all of the oranges. Do note that the water used for simmering the whole fruit is later used in the jam itself, so you should measure it. 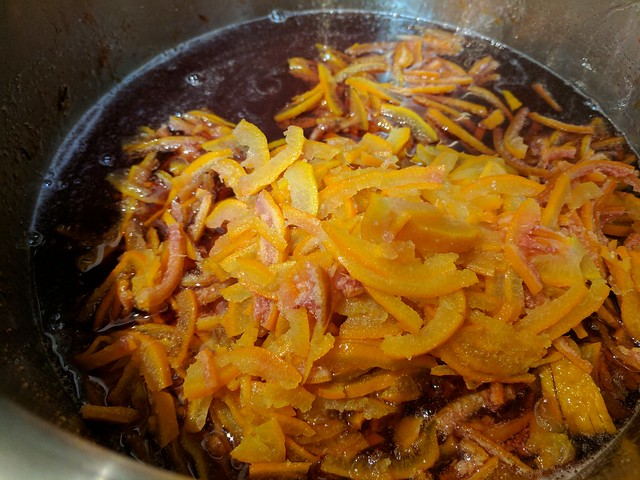 Once the peel was cooked and cooled, I sliced the halves into long shreds. The Seville peel was thicker and firmer, and held up better, compared with the blood orange ones, which were thinner and mushier. 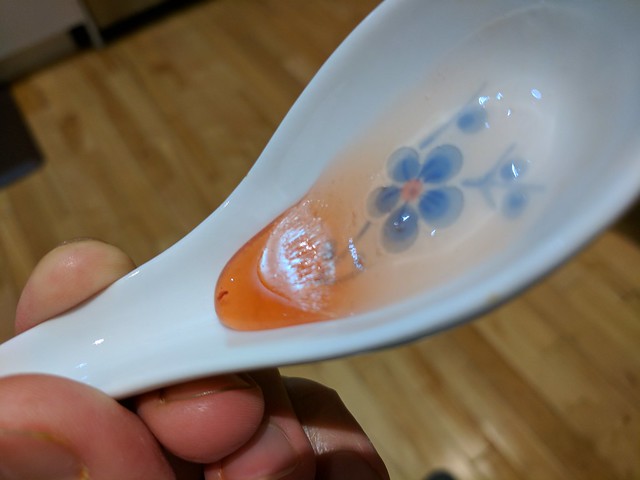 After combining the simmering liquid, sugar and shredded peel, the mixture is cooked until the jam achieves set. You can see in this photo that a skin has started to form, when the marmalade is placed on a frozen spoon. For me, this happened around the 18 minute mark, but I left the pot to boil for a few extra minutes just to be sure. 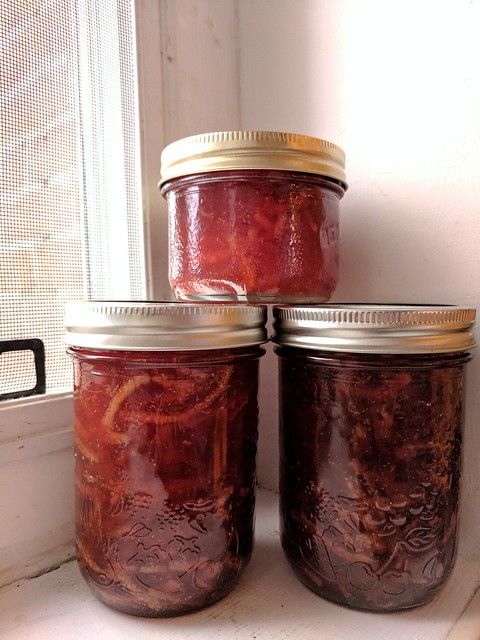 Although it doesn’t call for it, I hot processed the marmalade, by setting up a waterbath, etc. A strange and unfortunate thing happened: one of the canning jars cracked around the circumference of the base. While the jars were in the canner, I heard a strange pop sound. After ten minutes, when I removed the jars, the bottom of one of them just came right off, dumping the jam into the cauldron of hot water. The worry now is that the other intact jars might not have sealed properly, since the waterbath was contaminated with sugar and fruit. 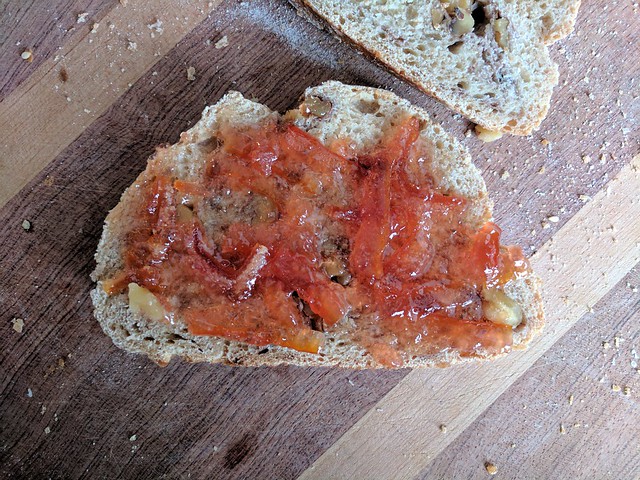 I’m really pleased with this jam. The colour is a deep orange-red, the consistency is quite firm, and the flavour is very strong, bitter, tart and sweet all at the same time.