Night two of Passover meant a second dessert, and after enjoying many delicious Jaffa Orri mandarins over the weekend, I knew exactly what I wanted to make. This clementine cake covered in chocolate frosting was a wonderful finish to a big holiday meal. 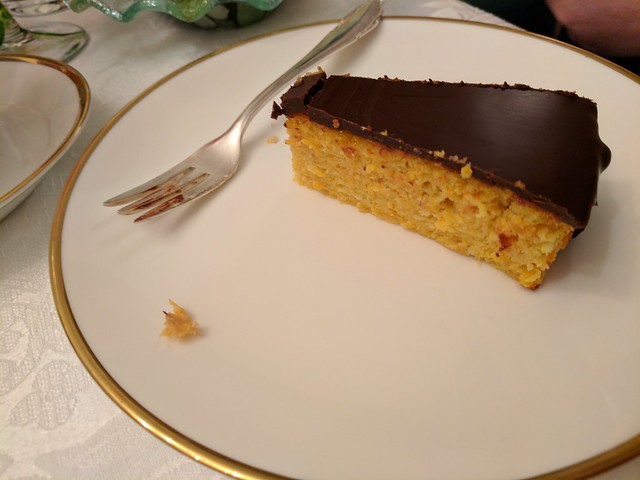 The recipe is from the New York Times, but an almost identical recipe appears in Nigella Lawson’s Hot To Eat from almost 20 years ago. In any case, the first step is to simmer the fruit in water for two hours until they’re soft, a step that I performed the night before. Without access to a scale, I decided to play it safe and use 6 mandarins.

To make the cake, I cut open the softened fruit, plucked out the seeds, then used a food processor to produce a smooth paste. Then, it was just mixing the rest of the ingredients together. As a Passover consideration, I omitted the baking powder (but, you may include it if you agree with this article). The cake was deeply browned after the one hour mark. 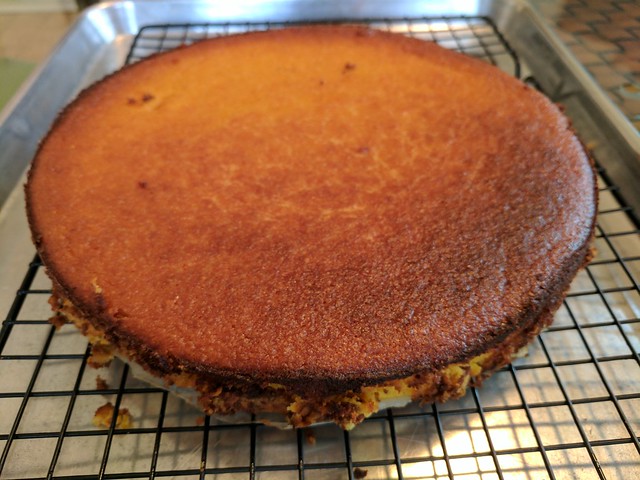 Once it was cool, I turned the cake onto a rack, then made the chocolate glaze. In case any of our guests cared, I made it pareve by substituting Earth Balance shortening for the butter, and used maple syrup instead of corn syrup. I started by partially melting the chocolate in the microwave, then adding the shortening. To hasten cooling, I immersed the warm bowl in an ice bath, but neglected to scrape the bottom regularly, leading to a lumpy mixture. A few seconds in the microwave melted out the lumps and made the glaze smooth again. 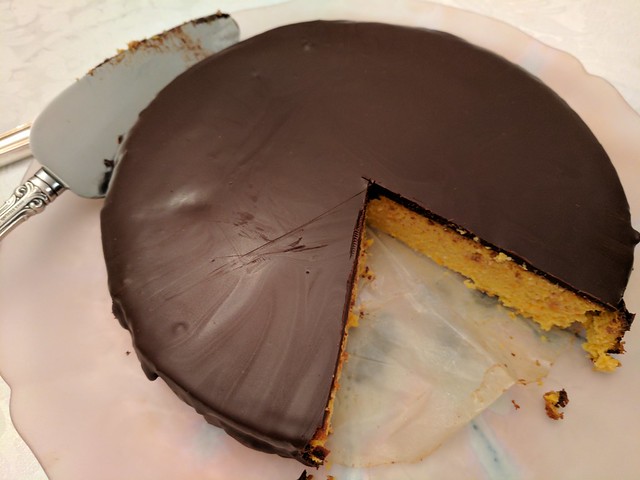 A few hours at a cool room temperature was enough to set the frosting. The slices were easy to cut, and the interior was moist and fragrant. The only criticisms I have are easily remedied: the cake was a bit too wet (since I didn’t weigh the fruit) and the glaze was too salty (since I used a shortening meant for spreading on bread). I would make this again, any time of year.