With Canada Day falling on a Saturday this year, I got a chance to make a slow-rise sourdough bread on Monday. This French country bread included white, whole wheat, and rye flour, and made a sizable loaf.

The recipe comes from Bouchon Bakery. I refreshed my liquid levain on Sunday night, and let it ferment overnight at room temperature. Around noon, I started making the dough. As with almost all the breads in this book, the kneading time in the mixer is 20 minutes. 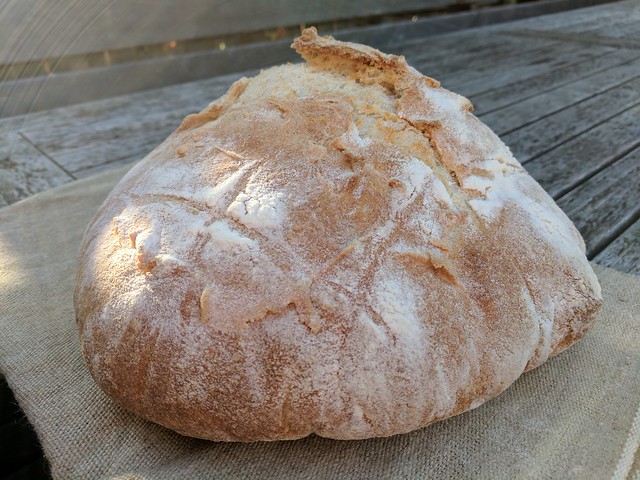 The bulk fermentation period is three hours (stretching and folding every hour). At the end of it, I followed the book’s suggestion to use a dough scraper to form a deep, cross-hatch pattern in the dough. I then inverted it onto a linen-lined bowl dusted with flour. 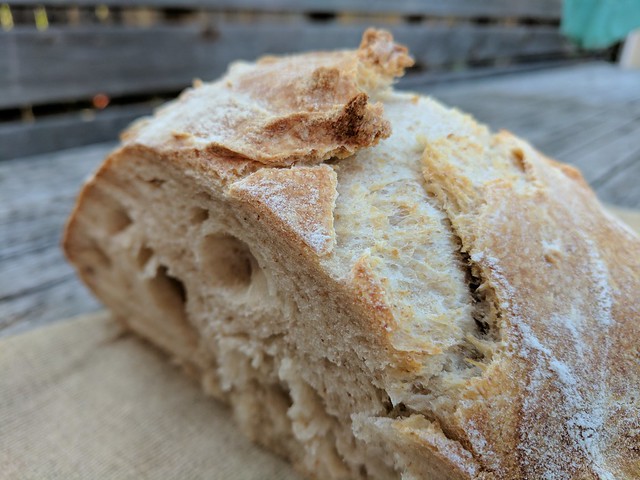 After the final 2 hour proof, I inverted the risen dough onto a semolina-dusted peel. Unfortunately, I didn’t use enough flour on the linen, so the center of the bread stuck. I had to carefully separate the cloth, trying to avoid deflating the bread. As I was sliding the loaf onto the baking stone, I realized I didn’t know where my spray bottle was (my kids probably knew though). I tossed a few ice cubes into the bottom of the oven and hoped for the best. 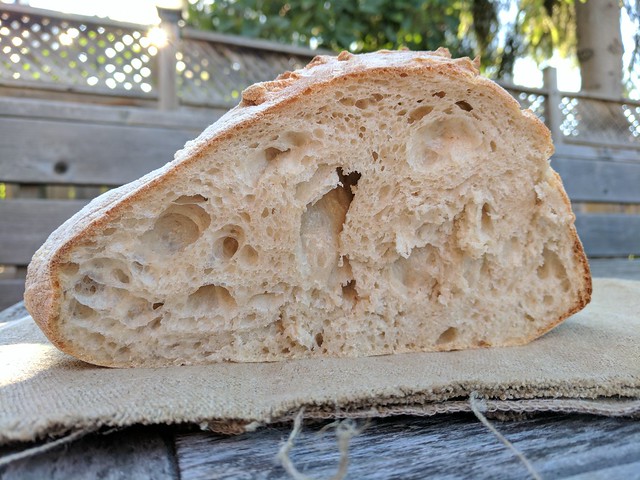 As you can see from the photos, the loaf baked up huge, and burst at the very top. The recipe link above is a Reddit discussion of a similar problem. It’s very likely that my bread was under-proofed also, since the room temperature was quite cool indoors. Nonetheless, the irregular hole structure and delicious chew of the crust made this loaf one of the better ones I’ve made recently.

I like this recipe and will continue to work on it, whenever I have a whole day free! Next time, I’m going to try and make the levain more sour, and perhaps try this hot towel steam generation technique.