Our son returned from Montreal bearing a lot of fruit, literally. The car he was travelling in contained a huge basket of Quebec groundcherries, tomatoes of all sizes and colours, and a flat of fall raspberries. The latter had me thinking about a mousse cake I had seen in a magazine from a few years ago. The dessert turned out to be one of the best things I’ve made all year. 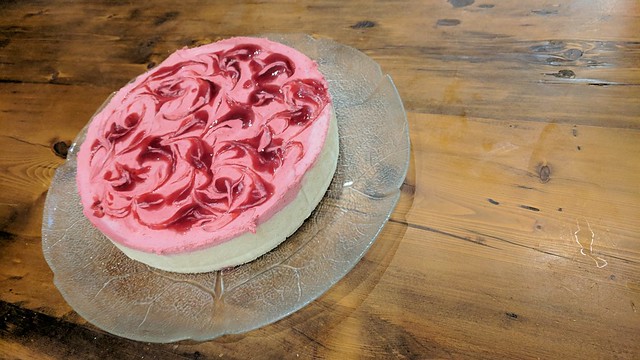 The recipe is from the March 2015 issue of Cook’s Illustrated. It’s an update of Charlotte russe, replacing the original sponge cake and firm filling, with chiffon cake and a lighter, fruit-focused mousse. 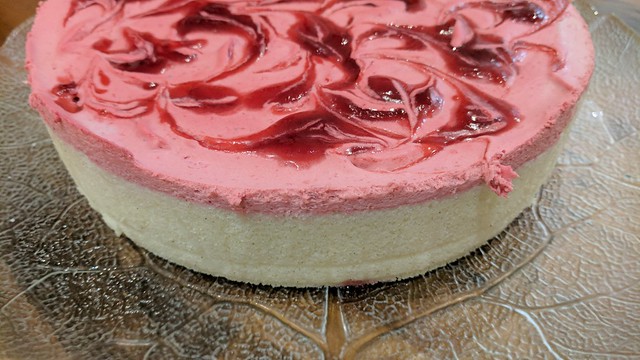 I made this on a weeknight, and was able to complete it in two hours, from start to fridge. However, this didn’t include cleanup of one saucepan, three whisks, one pot, a strainer, two cake pans, stand mixer and its bowl, two other bowls, and a bunch of measuring stuff. The first component is the raspberry curd, which is made much like its better-known lemon sibling, but with mashed raspberries instead of lemon juice. 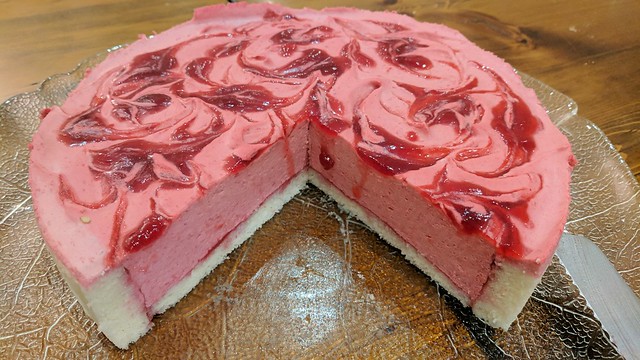 For a further berry flavour boost, the recipe also has you make a thickened raspberry jam to brush on the cake and to decorate the surface. As for the cake itself, instead of making ladyfingers as would be traditional for a Charlotte, this recipe instructs you to make a chiffon batter. It’s divided into a round tin, and a square one, in a layer that’s barely a half inch thick. 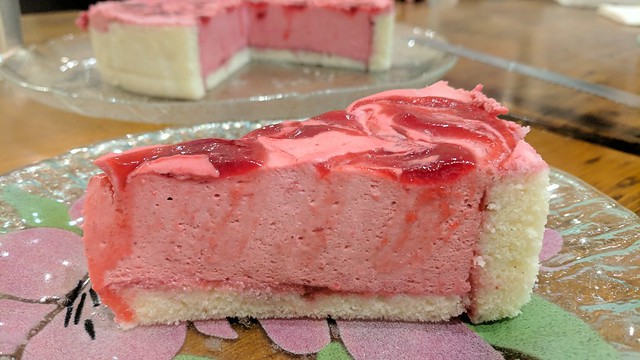 Assembling the cake is pretty straightforward as long as you work quickly. The mousse starts to set up as soon as the curd is combined with the cold whipped cream. I had no trouble unmolding the cake from the springform ring.

From the first forkful, everyone who tasted the cake raved over its flavour and texture. The tart, raspberry filling is mellowed slightly by the richness of the cream, but never gets cloying because the mousse dissolves in your mouth quickly. I would make this cake again without hesitation.

Update: Oops, this is a repeat!