Around this time of year, I scan Twitter and other baking sites for desserts that don’t use any flour, as potential candidates for Passover desserts. Depending on your family beliefs, adherence to kashrut, and other “reasons”, some ingredients, such as cornstarch, may not be allowed for the holidays. Sometimes, a few tiny adjustments, to either the recipe or your taste expectations, is all that’s needed to make a dessert Pesach-friendly. Such was the case with this pineapple cake, which turned out wonderfully.

The recipe is by Tara O’Brady. Two things that caught my eye were the lack of wheat flour in the batter, the inclusion of almond and coconut, as well as using the seeds and pod of a vanilla bean. 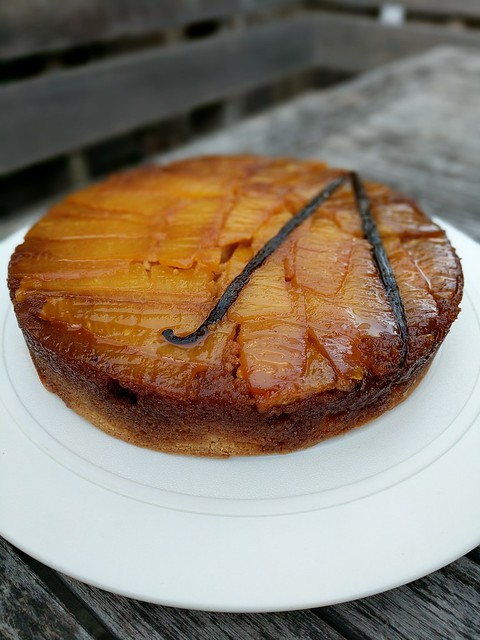 Above is the test cake that I made at home in Toronto, following the recipe as given. I liked the intense flavour punch coming from the vanilla, coconut, and pineapple a lot. 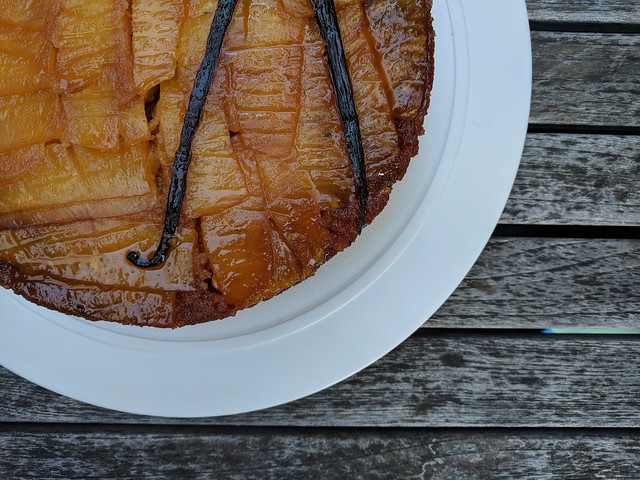 One thing that I flubbed on, was not using a full pound of pineapple. I just used enough sliced fruit to cover the bottom of the pan, without any overlapping. The best part of upside down cakes is the fruit and syrup, so make sure you use enough. 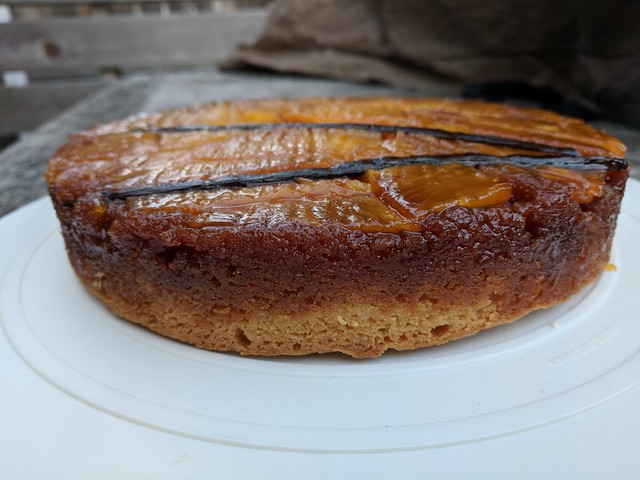 You can see that the cake isn’t very thick. The batter doesn’t rise much, so it doesn’t have the lightness and fluffiness of a traditional cake. It’s more dense, and more moist, and has more in common with, say, a sticky toffee pudding. 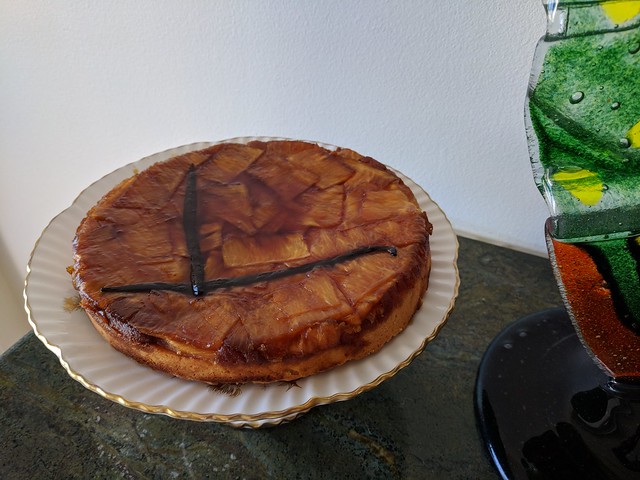 The final cake I made for Passover, didn’t have any baking powdern it, and used potato starch instead of cornstarch. But I did use a lot more pineapple, doing two layers of very thinly sliced fruit. The cake was a bit denser and moister than before, but still very tasty.

We served it as-is, but you could also go the extra mile as suggested in the recipe, and add a scoop of ice cream, and sprinkle some toasted coconut and pistachios on top too.