Living so close to several Middle-Eastern groceries like Marché Adonis and Arz Fine Foods, and even closer to the restaurants of Greektown, it’s pretty easy to get baklava. But, my ideal baklava isn’t so easily store-bought: fresh, crispy, not too syrupy, and bulging with nuts. Fortunately, it’s not too hard to make at home. 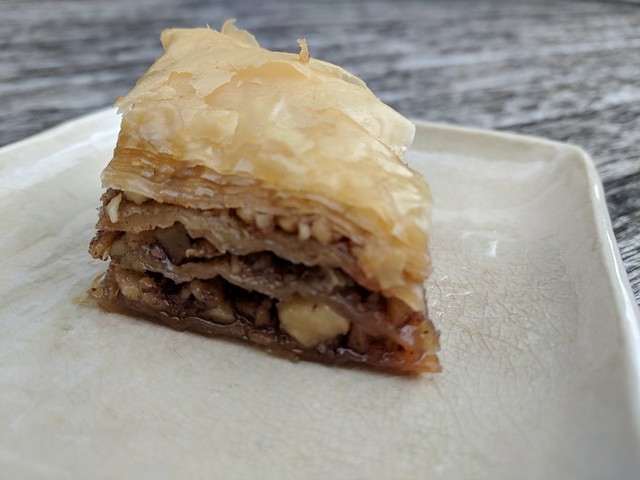 I made this Cook’s Illustrated recipe years ago (it’s from the March 2004 issue) but haven’t blogged about it until now. Even CI isn’t crazy enough to call for making your own phyllo dough, but otherwise, it’s a from-scratch recipe. 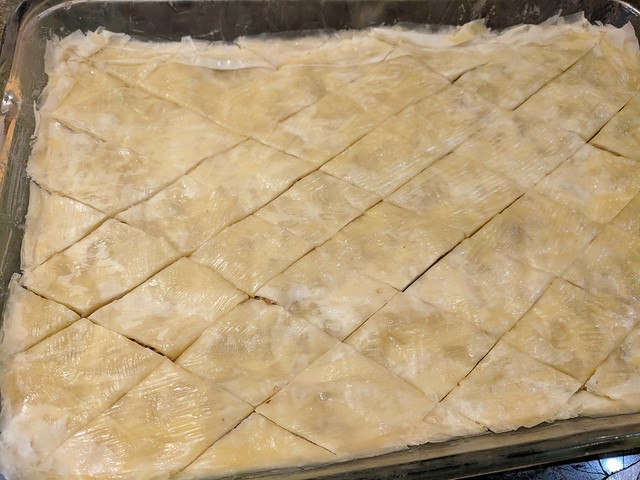 You need to make a spiced sugar/honey syrup, as well as clarifying your own butter. I swapped the quantities for almonds and walnuts, as I like more of the latter. My phyllo dough wasn’t a good quality one, and the sheets were difficult to peel off without tearing. But it doesn’t really matter because you can just cover up the partial pieces. 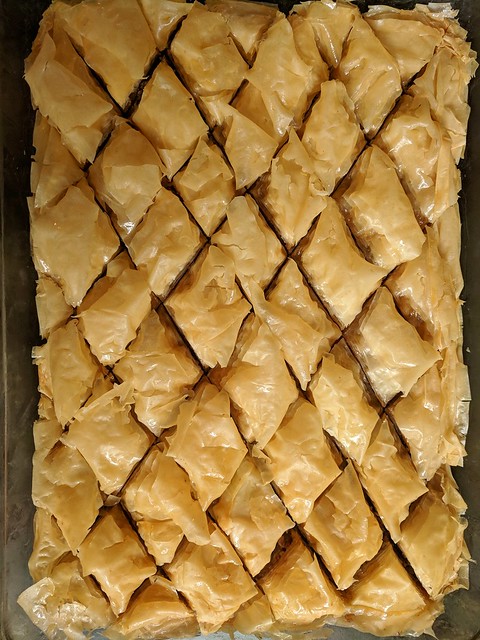 All in all, this is a really satisfying dessert to make, as it is labour intensive, but worth it. This baklava can be kept, tightly wrapped, for up to 10 days. But of course, it didn’t even last 24 hours. I took part of the dish to work and it was gone by the end of the day, and the remainder was devoured by my family for dessert that night!