Last fall’s apple-picking trip yielded as a lot of apples, but it didn’t yield us any apple pie. So this week, with a giant four-pound bag of Granny Smiths in my fridge, I decided to do something about it.

I have a secret crush on BraveTart and looked on Serious Eats to see if she had tackled this most American of desserts. I’ve made the Cook’s Illustrated deep-dish apple pie countless times, but was looking for something a bit different. Sure enough, Stella’s recipe promised an easy, delicious result, with no pre-cooking of the fruit.

To fit our busy schedule, I decided to weigh, peel, core, and quarter the apples on Tuesday evening. My thinking was to get the time-consuming steps out of the way, and leave the slicing of the apples until the next morning. To fruther discourage browning, I tossed the fruit with lemon juice while they were inside the plastic bag. 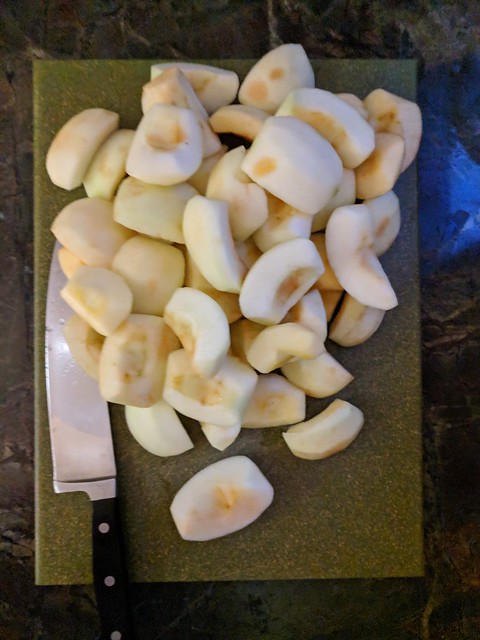 The next morning, I finished slicing the apples, and then added the sugar mixture to macerate them. This step serves the same purpose as gently pre-cooking the apples: breaking down the fruit, reducing its volume. In the evening, just after dinner, I made the crust and let it chill. BraveTart’s recipe is all-butter, and doesn’t require the fussiness of vodka and a food processor. Just smearing the cold cubes, and a quick blitz-puff-like folding of the dough. 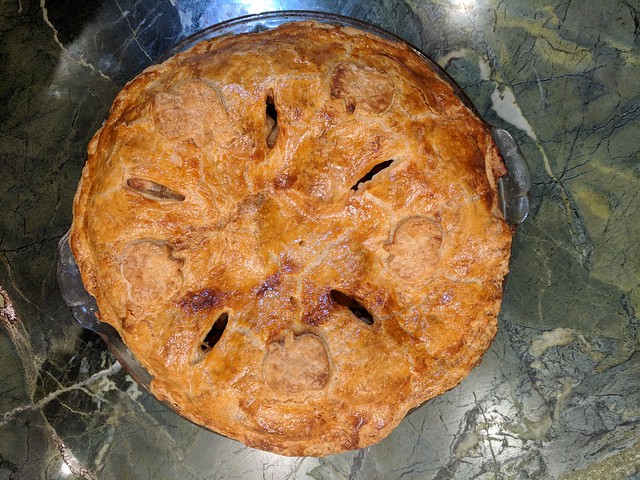 Once the dough was cold, I followed the rest of the directions, dumping the fruit with its accumulated juices into the bottom shell, then topping it with the other piece of dough. 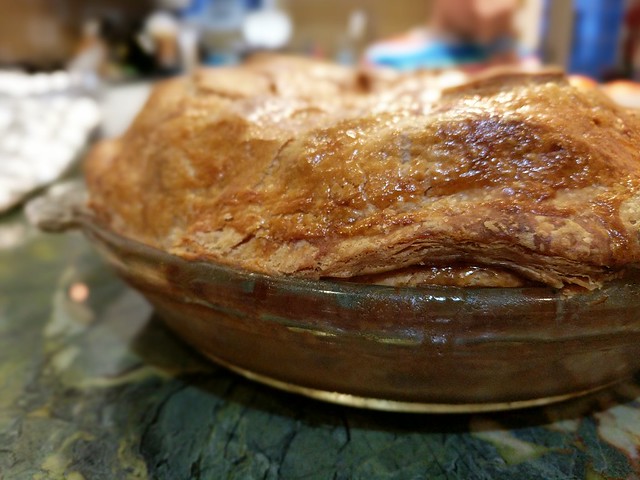 After the pie had been in the oven for the minimum time, I took its temperature and saw that it had 5 or 10 degrees to reach 195℉. Oops! After 5 more minutes, the pie filling was bubbling and had almost reached the boiling point. 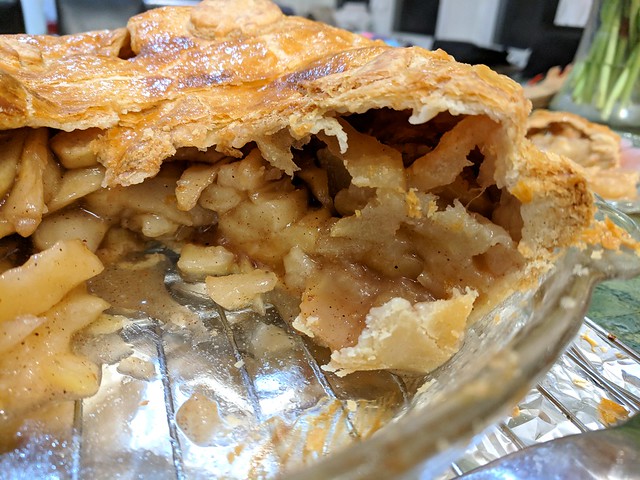 While this pie was delicious, with a firm-tender filling, warm spicing, and flaky crust, I don’t think my execution was perfect. I had the dreaded empty space at the top of the pie, but I think that was due to my overcooking the pie for about 10 minutes.

This recipe is definitely less hands-on work than having to pre-cook and cool the filling, so I’m sure I’ll come back to it again.