For a quick, easy-to-make snack for a small group meeting at our house, I made this frosted cake. While I didn’t think it was particularly delicious, it’s always nice to have something chocolate-y around. 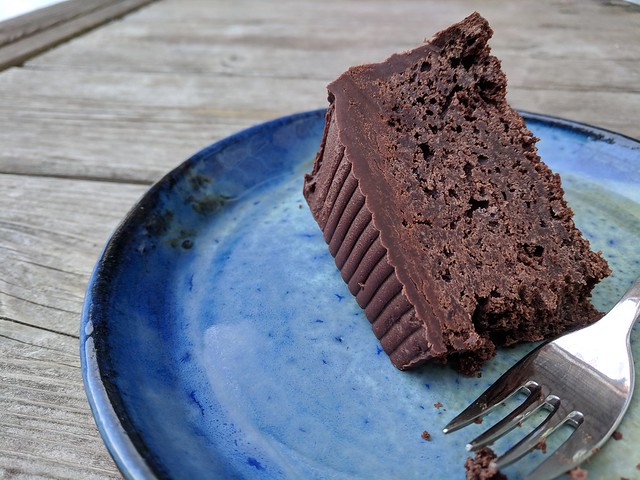 The recipe is from Sweet, but first appeared in an Australian newspaper. Ingredient-wise, it has the usual tricks to enhance flavour, like vanilla and instant coffee. As is common with British recipes, it calls for self-rising flour, which can be purchased in grocery stores here in Canada, but can be made easily at home. 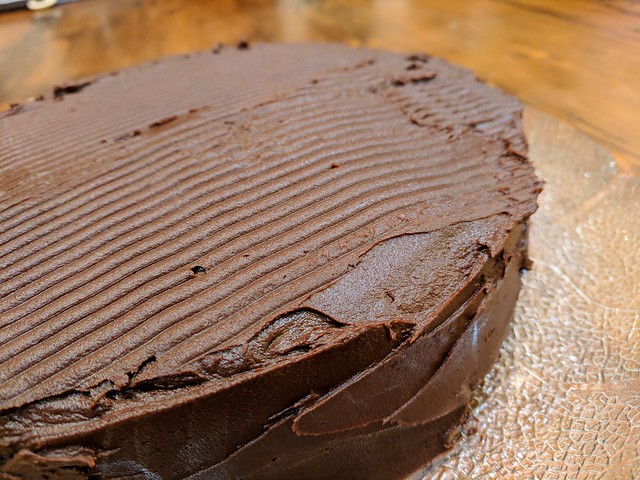 I was disappointed in this cake. The headnotes promise that it could be described as “world’s easiest” or “most versatile” or even, hyperbolically, “world’s best”. But I didn’t find it to be any of those things. The texture was dense, and didn’t have a satisfying mouthfeel. It wasn’t like a “cake mix” version (oily, soft, moist) and only the ganache frosting saved it from being a total failure.