At holiday time (well, Christmas really), you often see some kind of toffee crunch treat, a pretzel layer topped with salted hard caramel and chocolate, say. So it’s not a big stretch to use matzo as the base for a similar treat. Since I had never tried this before, I gave it a go this Passover.

Deciding on the toppings was the most exciting part. I settled on crystallized ginger, coarse pink salt, and black walnut. The latter was an unexpected find at the local Publix, and I loved trying a new nut. 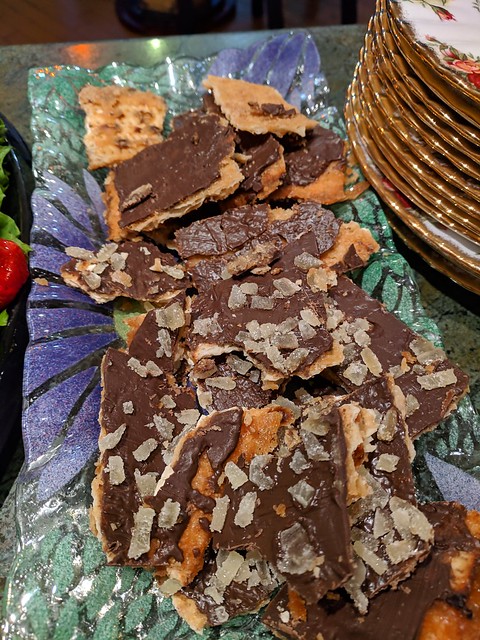 The caramel contained quite a bit of butter, which didn’t emulsify with the brown sugar. The mixture separated immediately after pouring it over the matzo, but I hoped for the best as the sheet pan went into the oven. At the suggested baking time, the crackers had absorbed a lot of the butter, and there were regions of caramelized sugar. 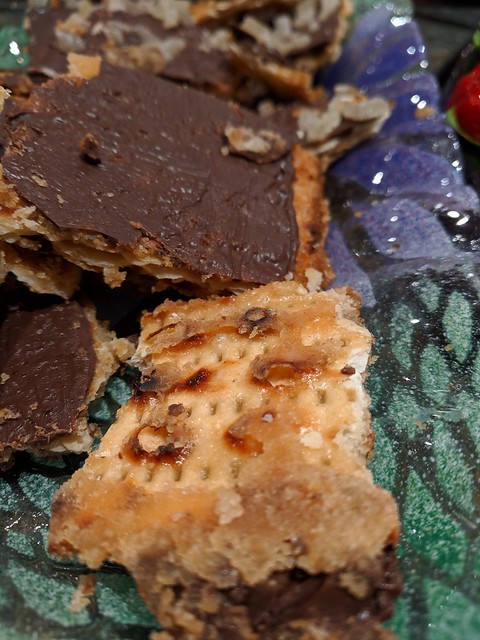 The chocolate chunks I spread over the baked sheet melted slowly, but eventually became an even layer with some help from a spatula. I thought this treat was just so-so: the matzo became too greasy. This didn’t stop all of the kids from devouring all of the batches.