For Friday night dinner, with family visiting from Montreal, I made a superb dessert (in my humble opinion, but also everyone who tasted it). It was high effort, but also high reward. Read on to see how I made it.

The recipe is from Yotam Ottolenghi and Helen Goh’s Sweet, a cookbook I am very slowly working through. 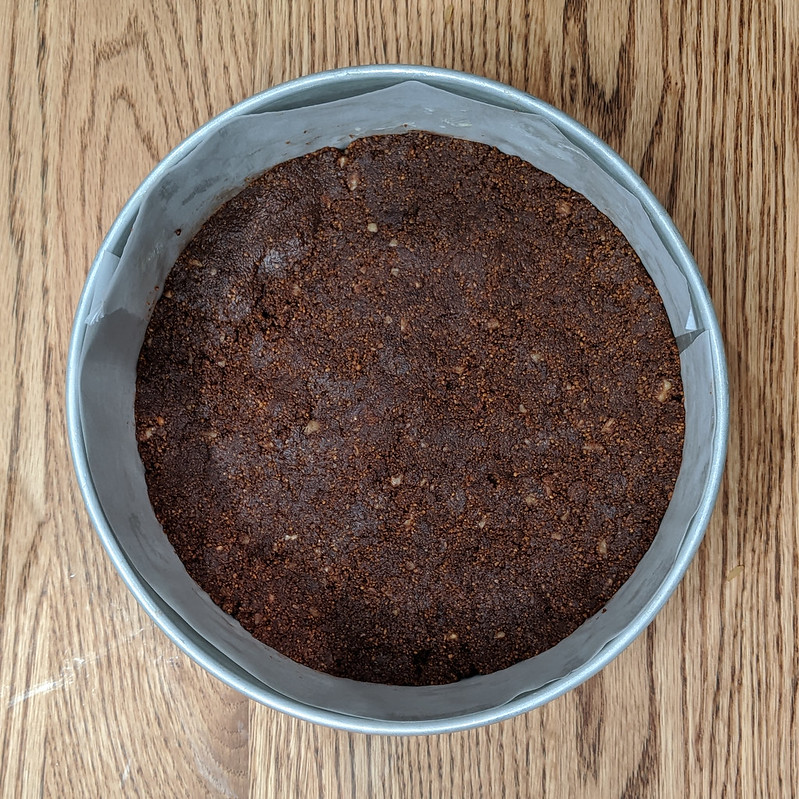 The base is graham cracker crumbs, cocoa powder, butter, and walnuts. I made sure to finely chop the nuts so that they wouldn’t stand out too much. My brand of graham crumbs had “honey” in their name, so I cut back on any added sugar. 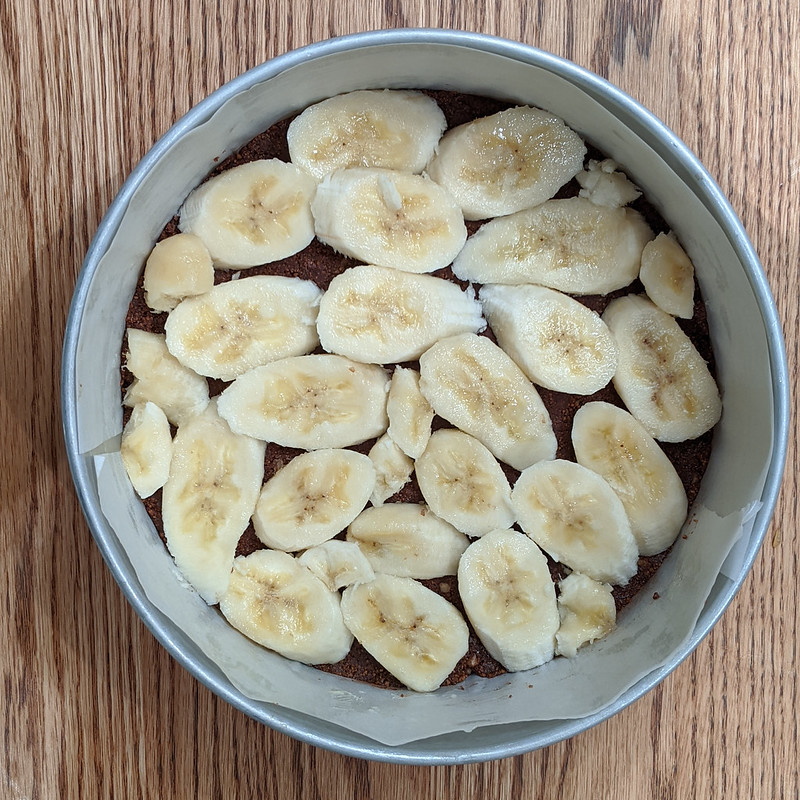 I sliced them on a sharp bias, and only used enough to barely cover the bottom. I didn’t want too much soggy fruit. 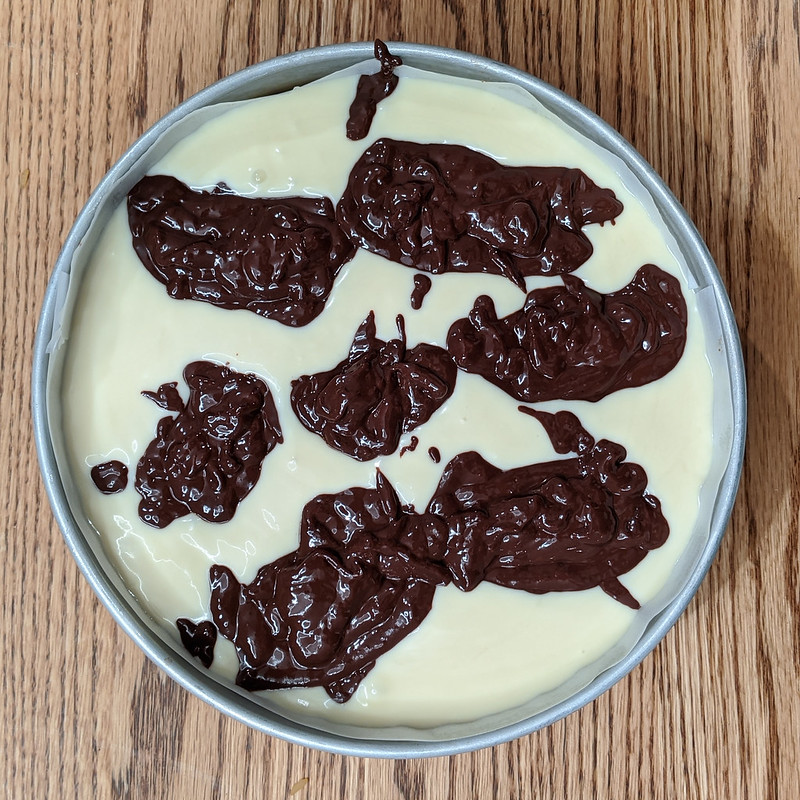 There are two components: a banana ganache, made by adding mashed fruit to a regular chocolate ganache, and the cream cheese component, which also has melted white chocolate in it. I don’t keep any white chocolate on hand usually, and just bought the Baker’s stuff at the supermarket.

I opted for six dollops of the chocolate mixture, spaced around the edge, plus one more in the centre. When spooning it on the white batter, I let it fall from on high, so that it would sink deeper into the tin, avoiding a shallow layer of chocolate that wouldn’t marble as nicely. 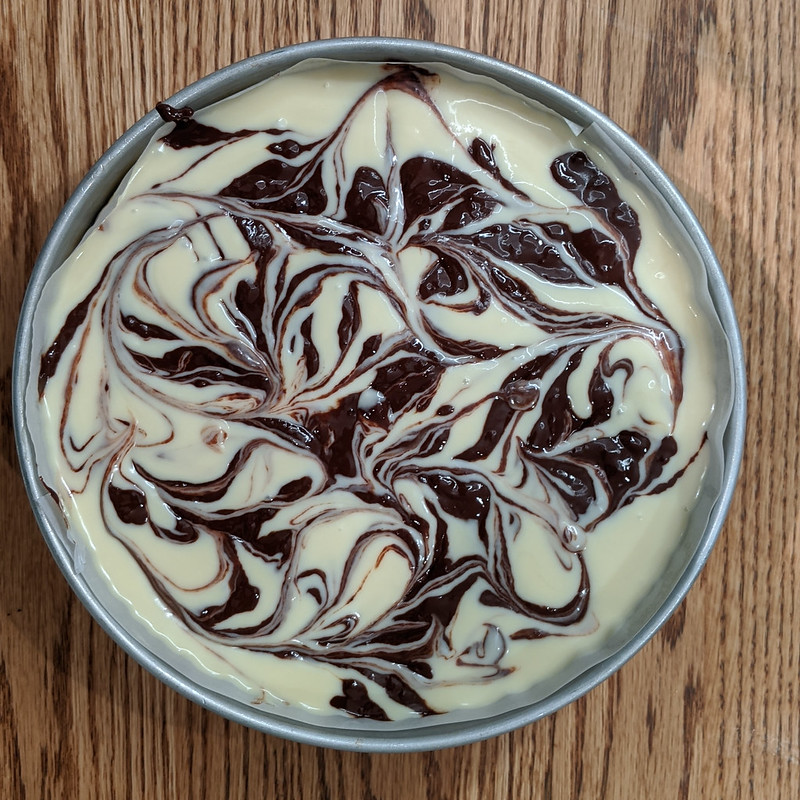 Using a small sharp paring knife to draw long S-curves, I tried to uniformly swirl the chocolate and plain batters together. 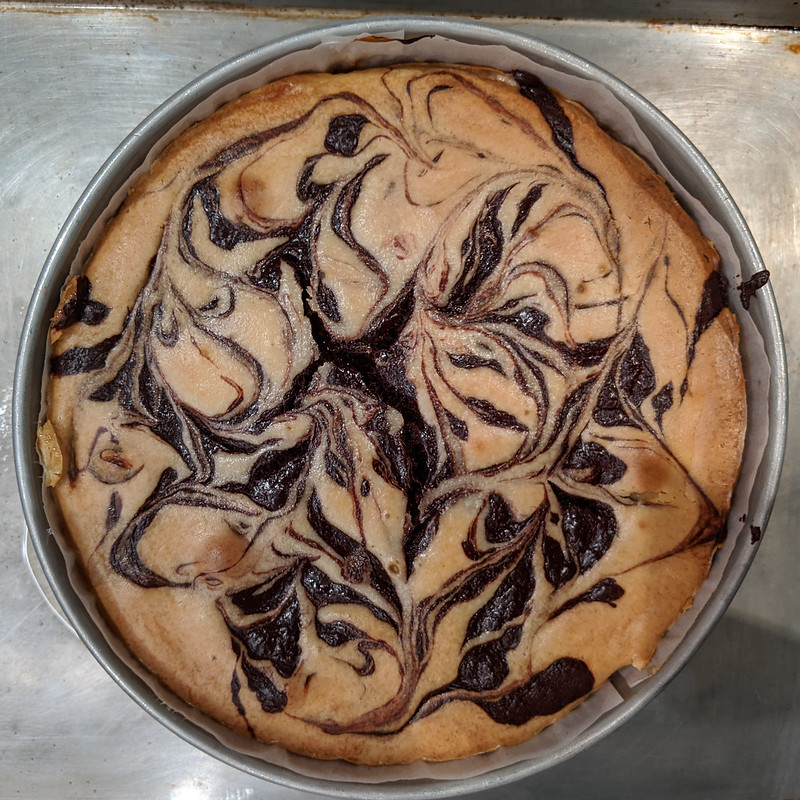 Aside from the ganache parts opening up into a crack, the cheesecake turned out beautifully. I let it cool overnight on the counter, with a tea towel draped loosely on top, before putting it into the fridge for the day. 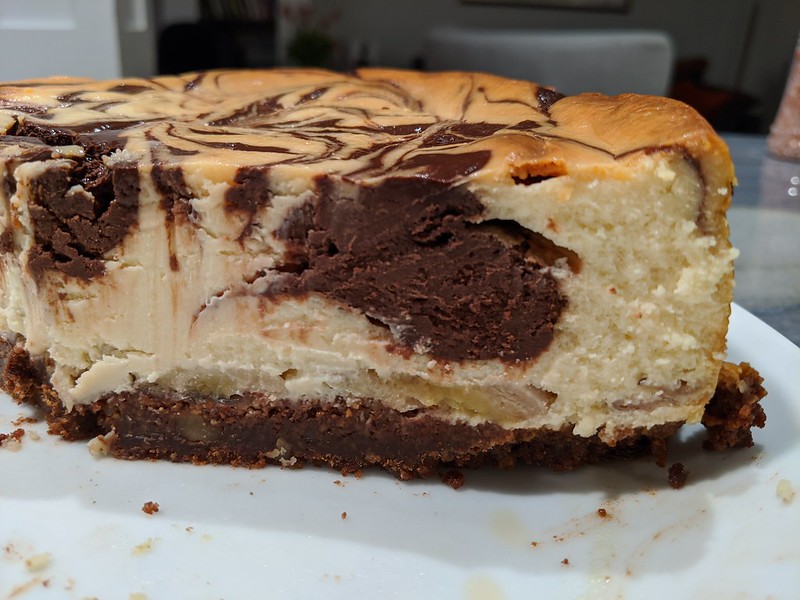 This cake was a huge crowd pleaser. Everyone commented on how amazing it tasted. 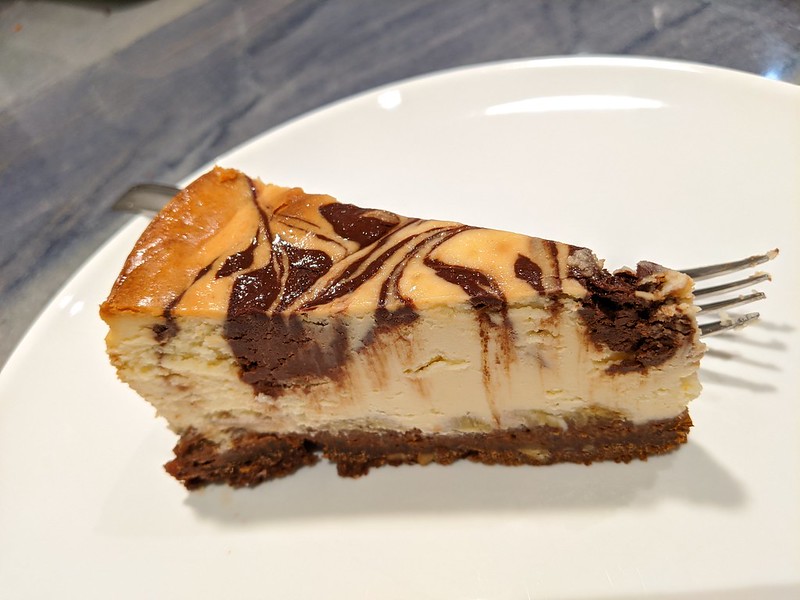 I like most baked goods made with banana, but am more particular about bananas in other desserts. This recipe is a home run. I love the crunch and complementary flavour of nuts in the crust, the unexpected layer of fruit at the bottom, and how the banana ganache is both a visual and flavour contrast to the main cheesecake.