Real honeycomb, the hexagonal cells made of wax that bees make their honey in, is soft, chewy, and sweet. That’s not what this cookie recipe is referring to, though. Rather, it’s a hard, brittle confection whose cross-section is nowhere near as regular or beautiful as that produced by our apian friends.

I had high hopes for this recipe from the 2019 NYT Christmas Cookie spectacular. It featured ground and whole peanuts in the shortbread base, smothered with a sponge toffee made from lightly caramelized honey. Due to our oven breakdown, I made this dough, and patted it into two 8” square tins, and let it chill out in the fridge for a few days. 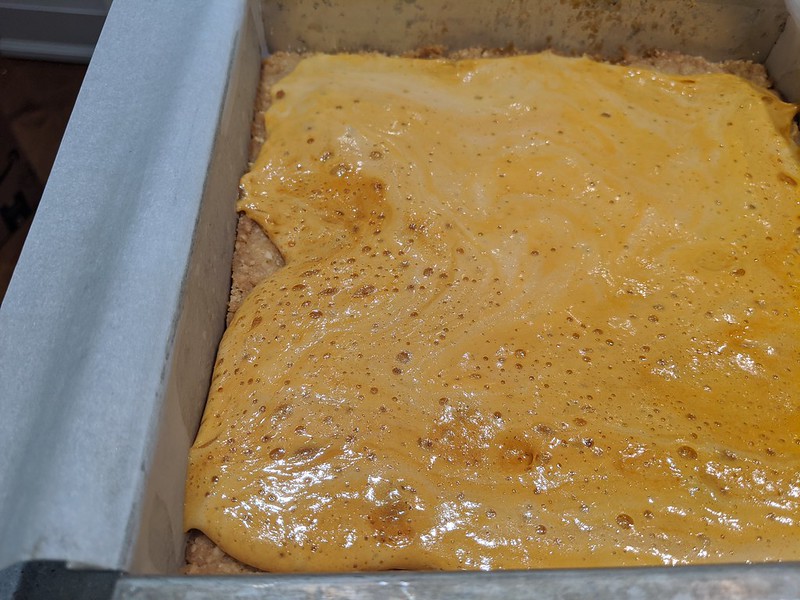 When it came time to make the honeycomb, I made sure to watch the video a few times, as well as reading through a few of the comments on the NYT cooking site. One repeated comment was to ensure that you don’t heat the syrup over 300℉, otherwise the hardened toffee might not stick to your cookie base. The other tip was to limit stirring or spreading of the molten, bubbly liquid, to ensure it kept as many bubbles as possible, yielding the lightest, crumbliest texture. 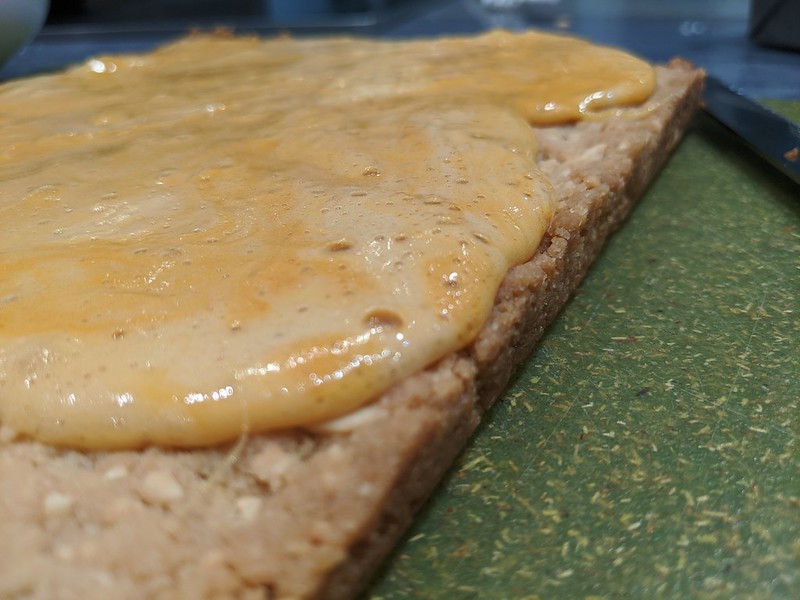 Unfortunately, I suffered from both problems. Despite keeping a careful eye on the temperature and agitation, my honeycomb ended up thin and hard, and didn’t stick to the peanut cookie base when I chiselled the square apart. 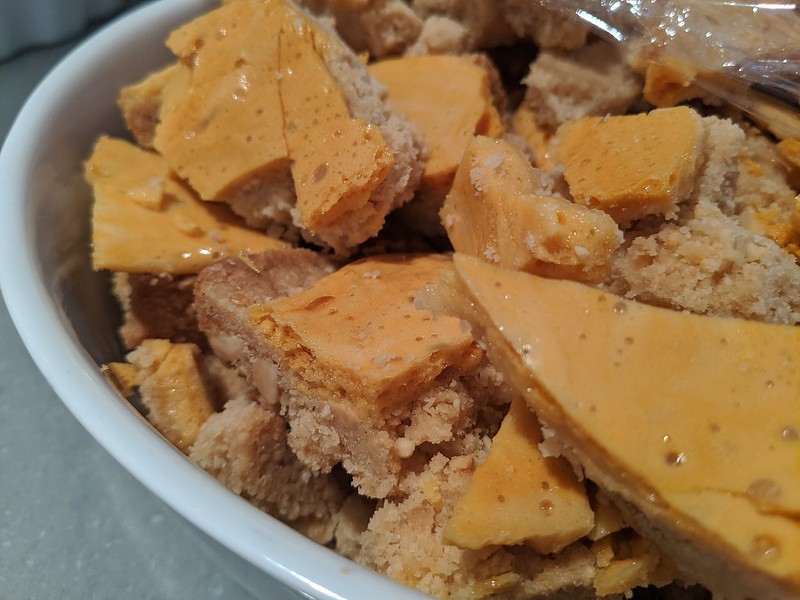 From a taste perspective, these were pretty delicious. The honey-peanut combination is classic and satisfying, and I felt the chocolate drizzle was something that would detract from these two strong flavours, so I left it out. I would probably not make this again, because it makes such a large batch, but I would like the practice in making sponge toffee.