As a kid, I loved black sesame soup (黑芝麻糊). It was inky black, smelled and tasted like peanut, and a stark visual contrast to the white porcelain bowls we ate it from. This weekend, I made a mediocre black sesame ice cream, but I definitely want to make a better batch in the future.

The recipe comes from the Van Leeuwen Artisan Ice Cream book. It calls for using 3 tbsp of black sesame seeds to make a paste from scratch, but I thought, I’ve already got black tahini! I substituted an equivalent amount by weight for the raw seeds, and kept the same amount of sesame oil and sugar. 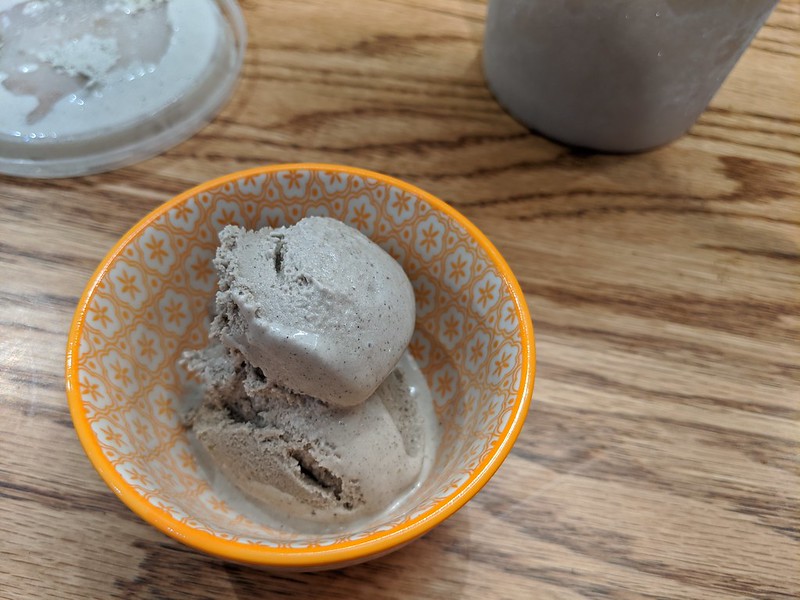 Right away, during churning, I was disappointed in the pale gray colour of the mixture. Obviously, it didn’t get darker after the ice cream ripened. Flavour-wise, it tastes mostly of sesame oil, and is on par with most commercial black sesame ice creams I’ve tried. It was only a few days later that I learned the secret of getting the deep flavour and colour that I want. Look for a post once I make the new and improved batch.