For an outdoor get-together, I decided to offer up some brownies, as they’re a crowd pleaser. I’m pretty blasé about these often one-note treats: too sweet, too dry, too fudgy. But after a recent purchase of high-fat (22%) Dutch cocoa powder, I decided to try Stella Parks’ take on this iconic American dessert. 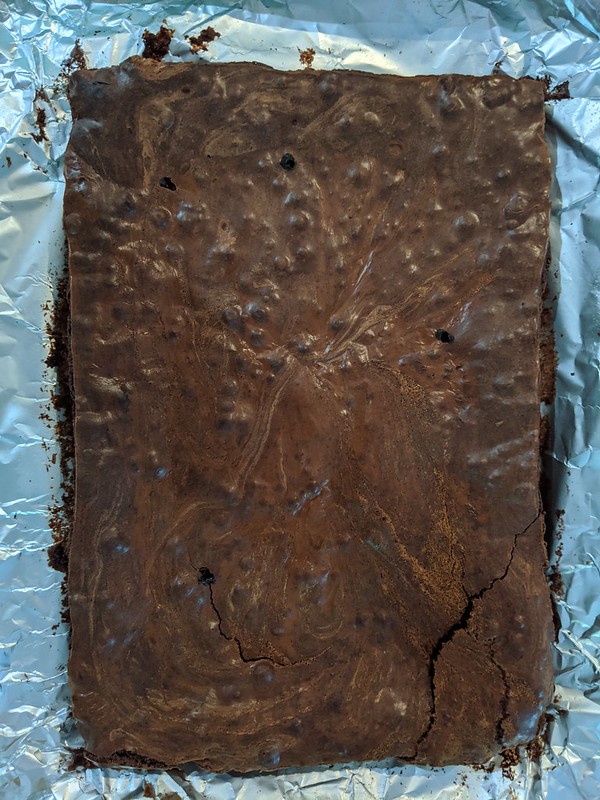 Her recipe is loaded with flavour enhancers: browned butter, instant espresso, dark chocolate, the aformentioned cocoa powder, and vanilla. It took a long time for me to brown the butter in a 3-qt saucier: it foamed for a really long time before I could start to see the browned bits. It also meant that my melted butter was quite hot when I needed to add it to the batter. 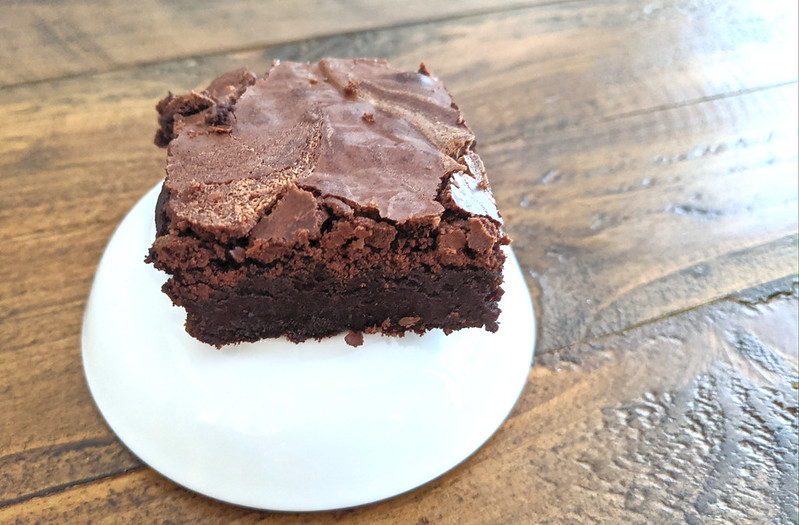 I needed the full 30 minutes before the brownies were fully done. Having a target internal temperature makes it very easy to know when these are done. Right out of the oven, they were quite puffy, but the middle fell a bit during cooling. As promised, these had a glossy, thin crust on top. 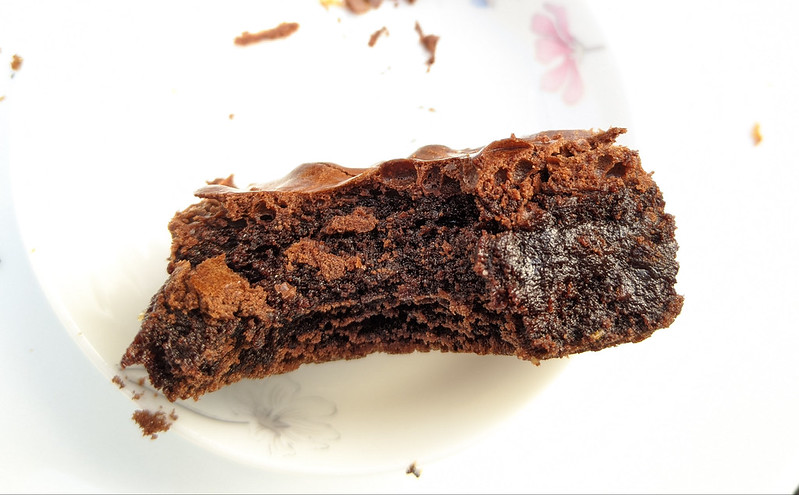 Wow wow wow 😲! Were these ever delicious, even for someone who always thought he liked the cakey kind better. Even after two days at room temperature in a very loosely covered pan, these chocolate squares stayed moist. The flavour is intense, with the texture striking just the right balance between gooey and messy. Twenty-four squares is the suggested portioning, but I think slightly smaller pieces would be fine. I couldn’t detect the contribution of the browned butter, so maybe I’d skip that laborious process next time.