Date squares are something I grew up eating, as my Mom would make them from time to time. The soft, sweet fruit and ever-so-slightly salty crumble was pretty close to snack perfection. So these blueberry bars were a revelation, that a similar square could be made with fresh fruit. 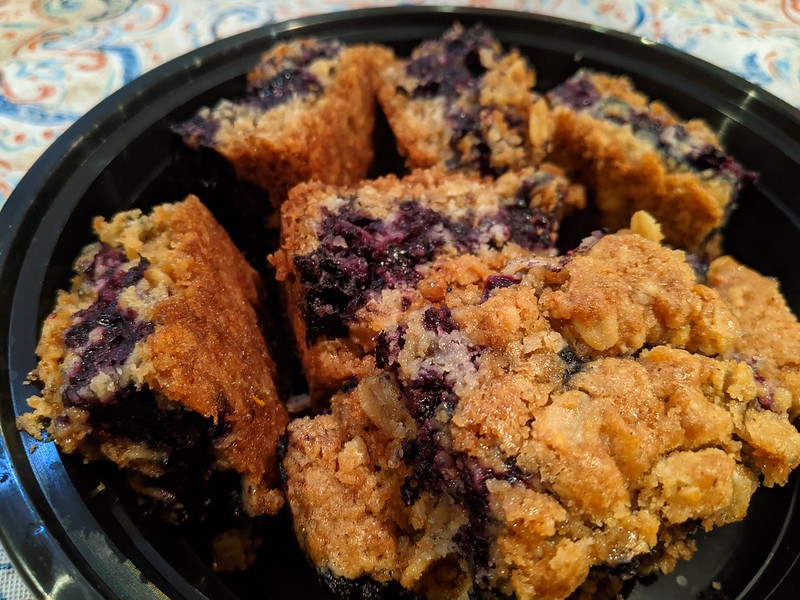 The recipe, by the wonderful Stella Parks (aka BraveTart) is really flexible. You can use various kinds of juicy fruit (berries, stone fruit), or, some jam from a jar. I used fresh blueberries from our farm box.

I remember that Stella’s blueberry pie recipe uses coriander, which she teaches is a sympathetic aromatic, bringing out the flavour of blueberries. So it was a surprise to see cinnamon in this recipe. 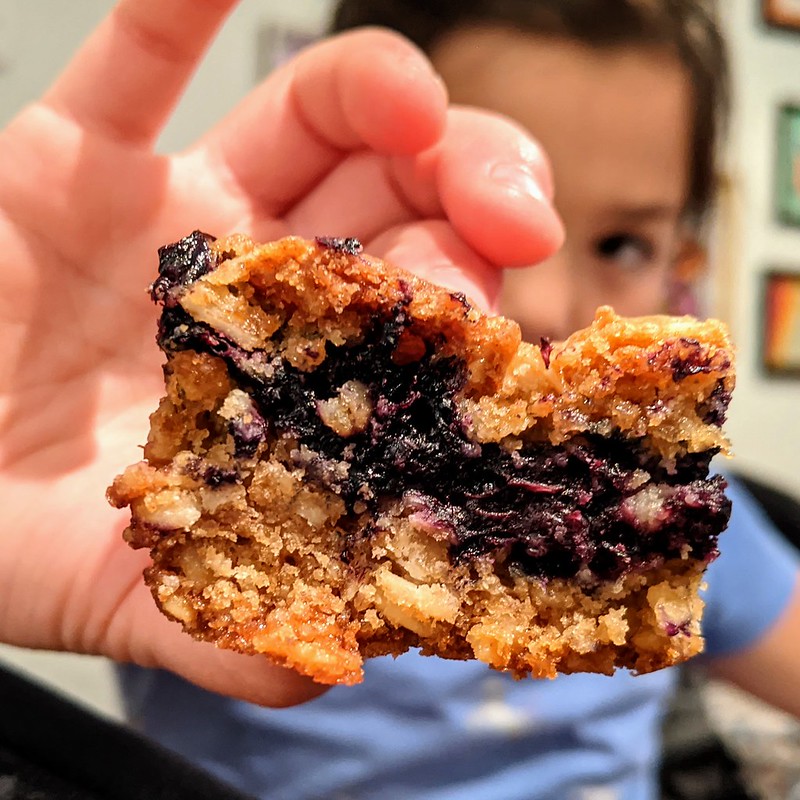 This bar recipe is really, really good. We served it during a brunch and all the tasters liked it so much, I only got to try one square. A week later, I made another batch, substituting freshly ground coriander for cinnamon. This second batch was also delicious: the toothsome oatmeal was a great contrast to the cooked fruit, and I liked the hints of tartness and saltiness. I may have even had some for breakfast, two days in a row!