There’s many reasons to like waffles: the crisp and soft textural duality, the indentations to hold syrup and fruit, the guilty pleasure of making them with a unitasking appliance. They’re not uncommon at our household, but I do like to try a new variation from time to time. On this Sunday, I tried a cornmeal one that got high marks for flavour, but was too much work. 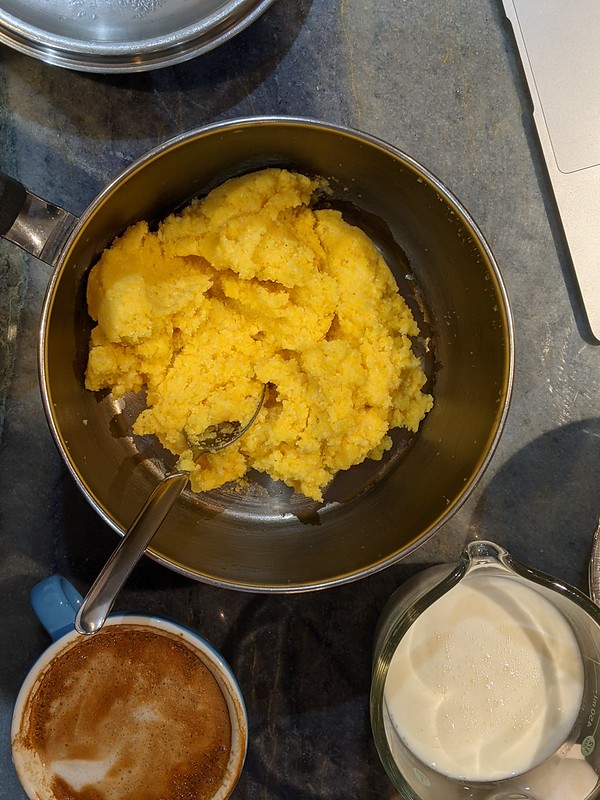 The recipe is due to Craig Claiborne and Pierre Franey. It’s unusual in that you need to cook the cornmeal into a partial mush before using it. 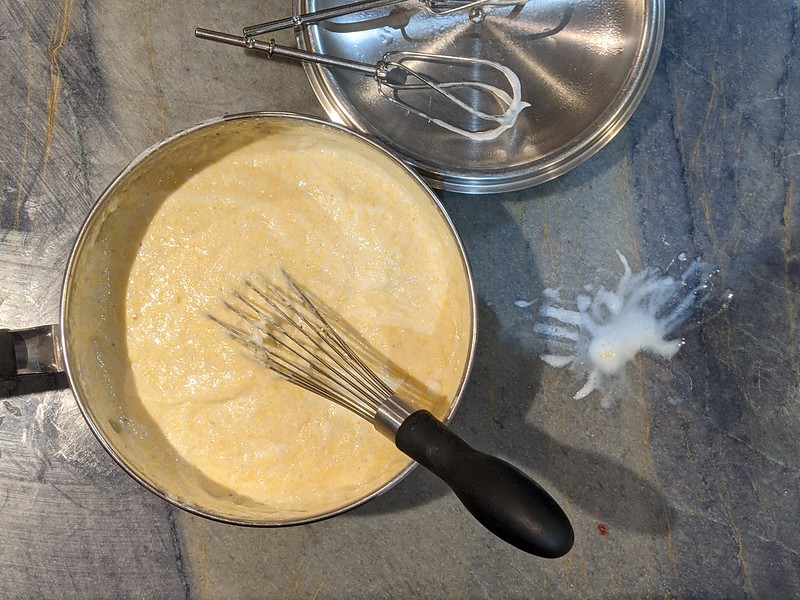 Next, you make the rest of the batter like a cake, by alternating the addition of the dry and wet ingredients. Instead of vegetable shortening, which I did not have, I used coconut oil at room temperature. At the end, you add in beaten egg whites. I combined everything in the cooled saucepan. No extra bowl to clean! 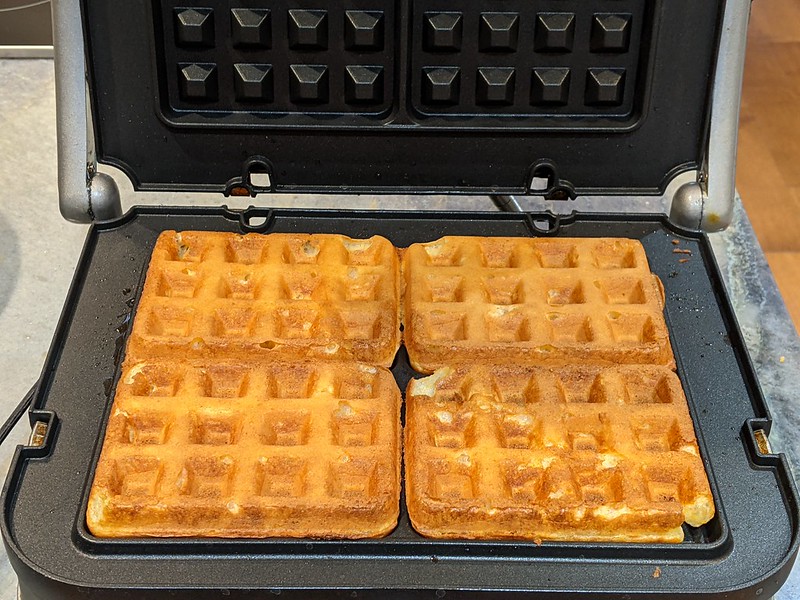 These waffles baked up nice and golden. But it turns out that the coconut oil I used had too strong of a flavour for my children. 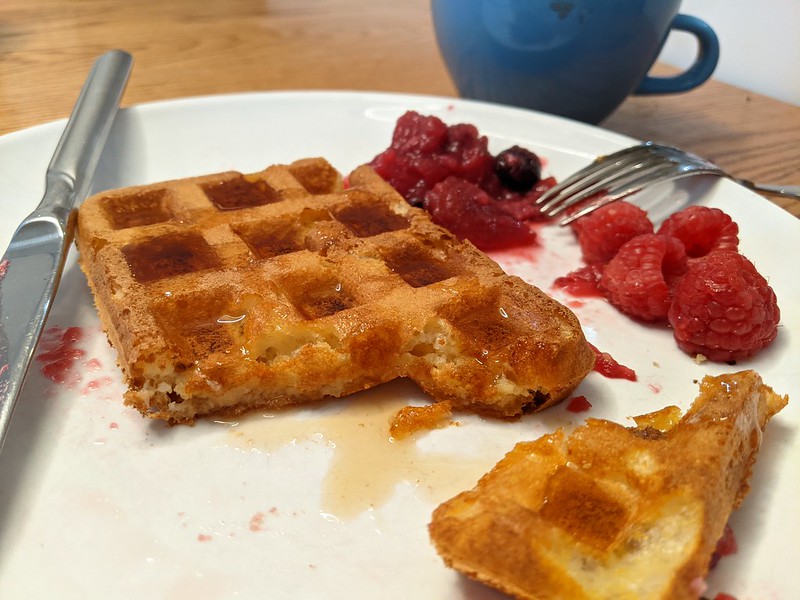 Was this a perfectly acceptable, tasty (notwithstanding the coconut flavour), and satisfying way to begin a Sunday? Yes. But the work in cooking the cornmeal, and whipping egg whites, was just a bit too much effort. I’m not saying I wouldn’t make this again, but it wouldn’t be my first choice.