Continuing with our epic December baking project, my daughter and I made a chocolatey, gingery cookie next. This one was definitely like a circular brownie in that it was chewy, moist, and full of chocolate flavour, but it lacked a strong ginger kick. 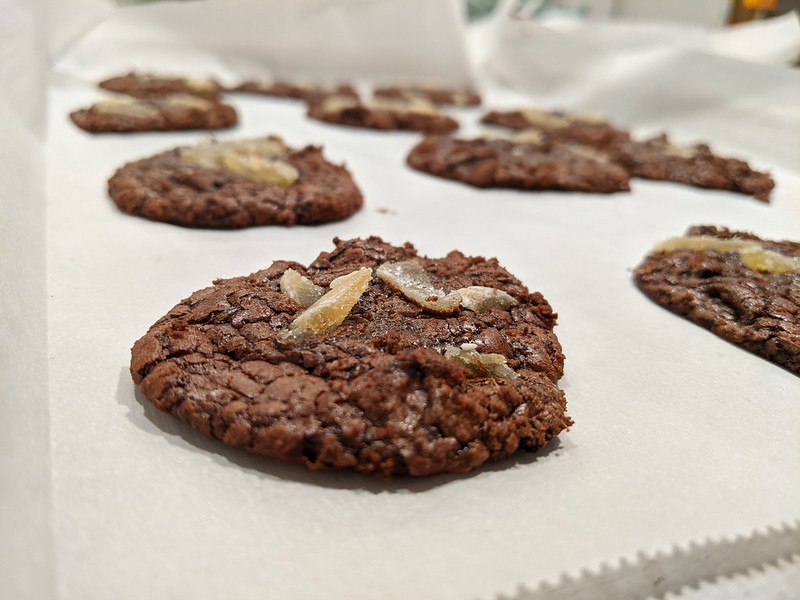 The recipe is from the New York Times, by Susan Spungen. I let the melted chocolate and butter cool for quite a while, while I made the rest of the batter. Once it was all combined together, I didn’t actually find the batter to be too runny (contrary to what the recipe cautions). However, due to time constraints, I put the dough into the fridge. 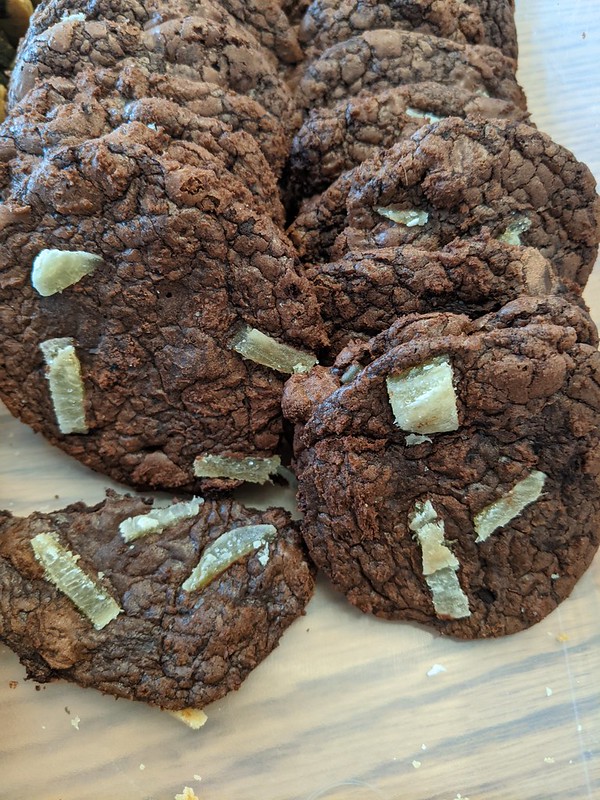 An hour or two later, I was ready to bake, but the dough had predictably hardened too much. I used a portion scoop of just under an ounce, or about two tablespoons. Even though it was cold, the scoops spread quite a bit in the hot oven.

Fresh out of the oven, these warm, gooey cookies were delicious. Even after a week or so, they stayed quite chewy and moist. Like other reviewers on the NYT website, I found that the ginger flavour was quite lacking in the cookie itself, so I was glad for the slivers of candied ginger on top. The chocolate chips distracted from the ginger flavour too, so I’d omit them next time.