This summer, Cook’s Illustrated featured a recipe with a promise of moist, tender doughnuts accompanied by a tempting, colourful photograph. I saved that image in my head until December, so that we could celebrate Hanukkah with freshly made fried dough. 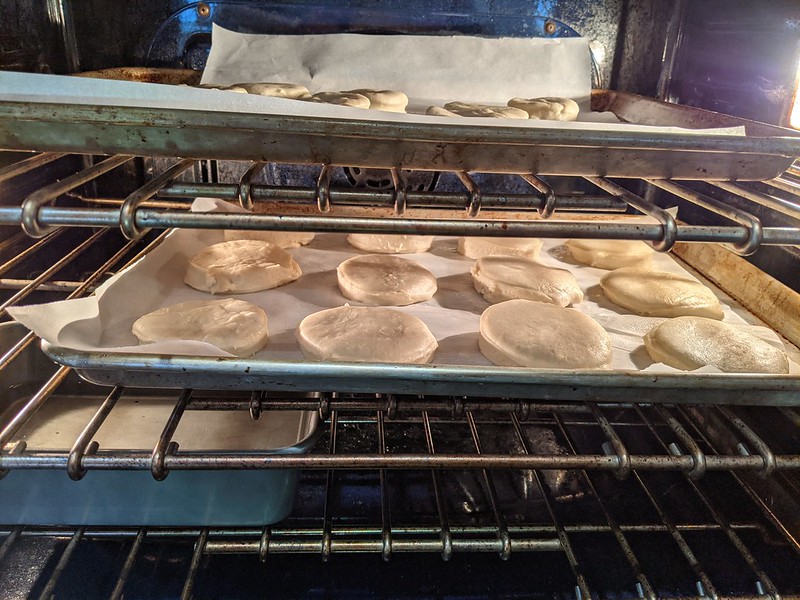 The recipe calls for a dough enriched with milk and butter, like a brioche. I did an overnight proof, about 10 hours. I realized I rolled my dough too thinly, as I got way more than one dozen doughnuts from a 3” round. Plus, I re-rolled the scraps to get a few more. 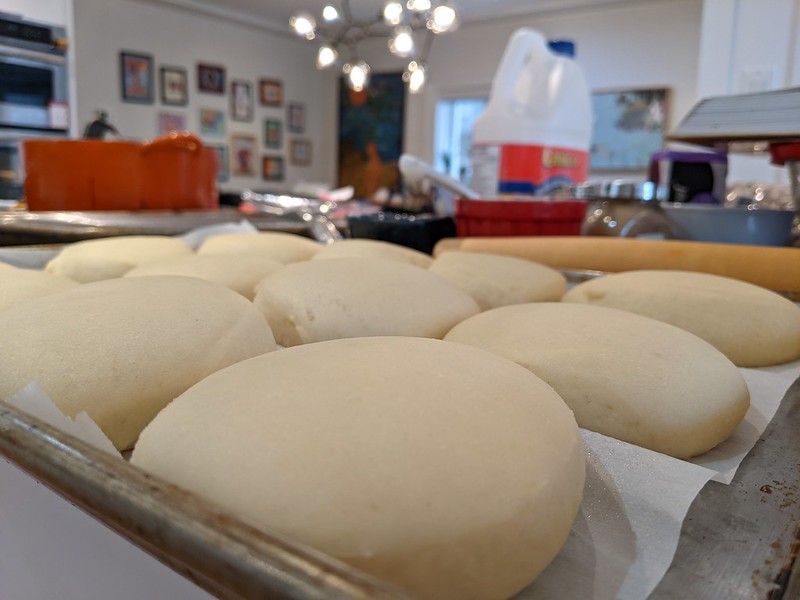 Nevertheless, they rose quite nicely in the humid oven. I used a large Dutch oven, my mainstay for deep frying. The new Polder thermometer I got did not come with a clip, so I had to improvise with a clip from another gadget. I was able to maintain a steady frying temperature of 360℉. 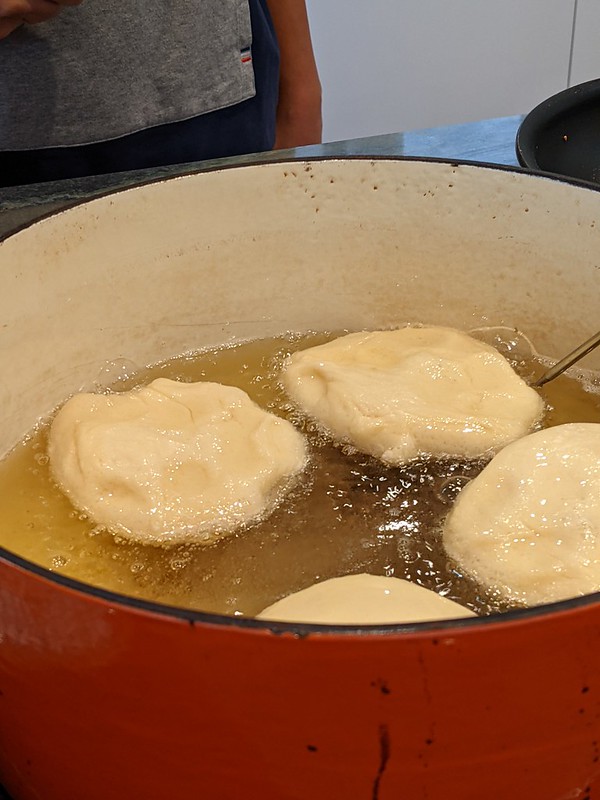 I filled this batch with homemade strawberry jam. It was a bit runny, so I made sure to keep the doughnut hole face up, and use a rectangular tray to hold the filled treats. Eaten within a few hours, these were pretty great, tender with a bit of chew, and a great, sweet rich flavor. 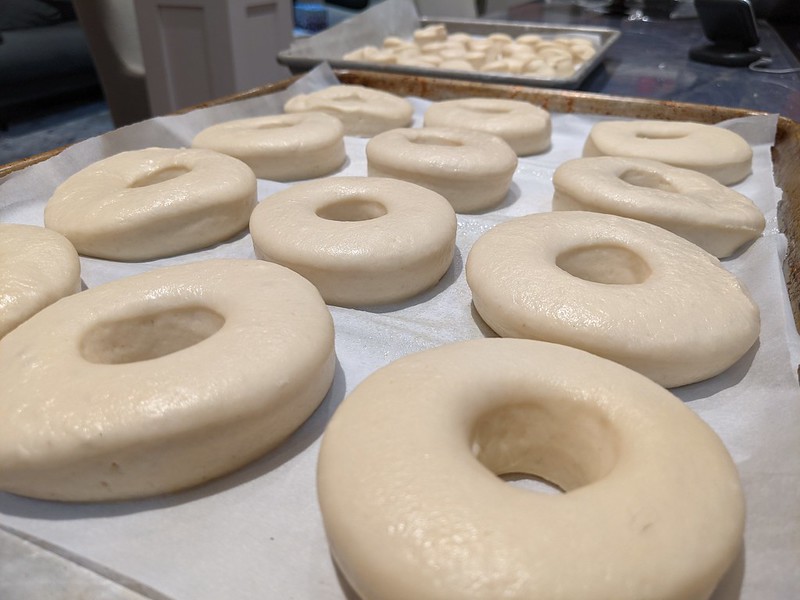 Because this first batch was so good, I wanted to try it again a few days later, making a different shape and dipping them in a sugary glaze. I was more careful to measure the rolled out rectangle this time, so that I’d get the maximum height from the proofed rings. 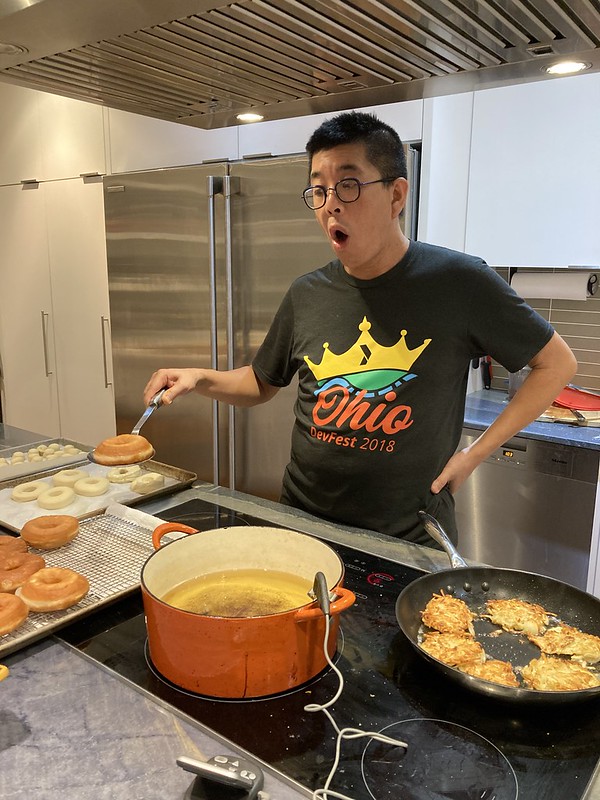 As the puffy raw dough went into the oil, I was pleased to see them brown evenly, and also develop the characteristic “belt” around the middle. This batch also yielded a bunch of doughnut holes, or “Timbits” as we say in Canada. 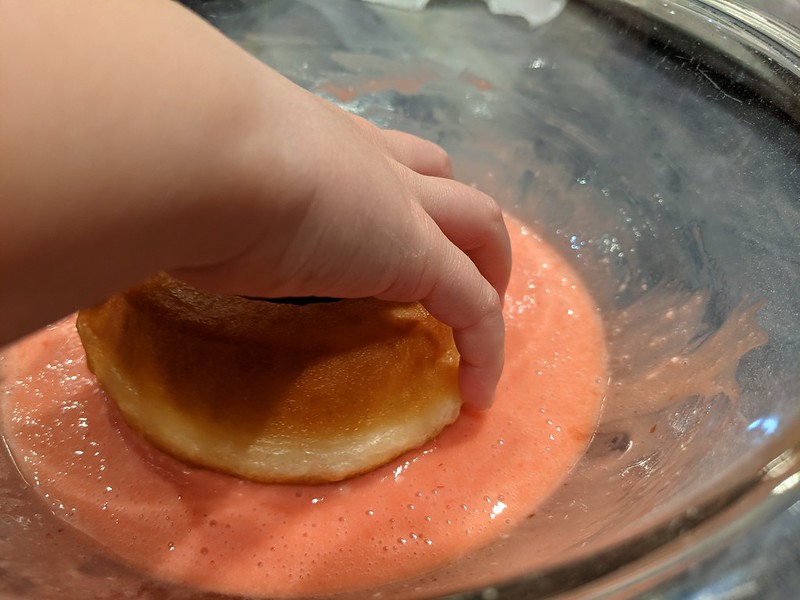 We made a glaze out of strained strawberry puree. The colour was a gorgeous coral and my daughter embellished some of them with rainbow sprinkles. 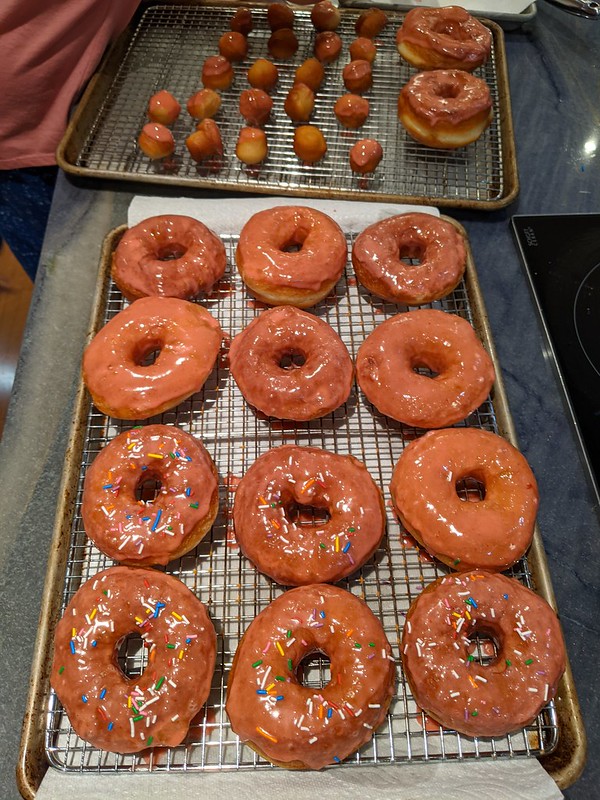 These glazed rings were even better than the filled batch. The doughnut was puffy and tender, with a satisfying balance between dough and glaze. I couldn’t help but eat two in a row! Raspberry would have enhanced the sweet-tart balance, but that’s a minor improvement. Highly recommended.