For an early Thanksgiving dinner celebration, I wanted to make an easy, warm dessert, and this month’s cooking magazine suggested something I’ve never made before: an apple betty.

The recipe comes from the Sept/Oct 2021 issue of Cook’s Illustrated. You might ask, what is the difference between a crisp and a betty? Well, the defining feature of the latter, is fresh bread crumbs forming the base, as well as the topping.

Following a suggestion in the article, I used slices of an old challah I had in the freezer. This enriched, sweet bread contributed its own sweetness and richness to the crumb mixture, which also had sugar, and melted butter blitzed into it. I also stuck with the suggested fruit, a mix of apples and blackberries. 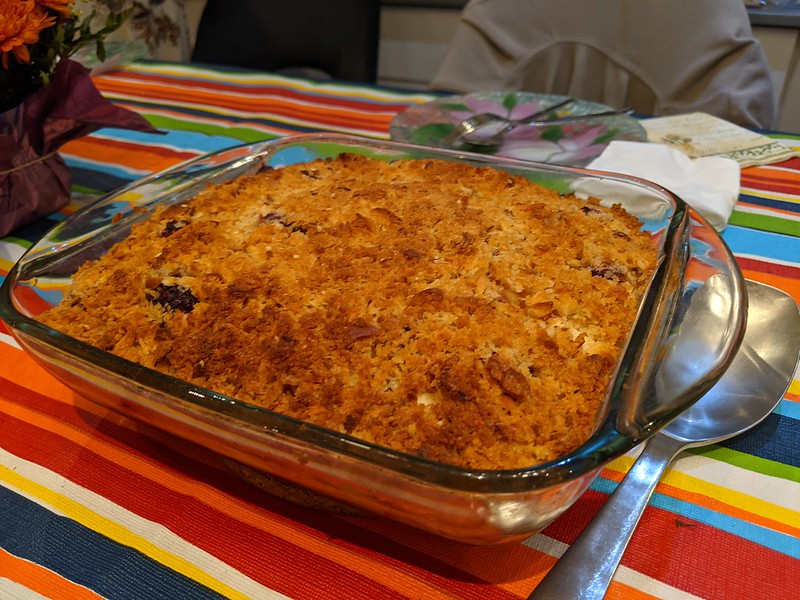 Unfortunately, during baking, I misread the directions and baked the betty for the entire time on the upper rack, instead of the bottom. This might have contributed to the firmness of the apples, not the “luxuriously soft” texture promised in the recipe. Or, it might have been the apple varieties I used, since I had no idea what they were.