The recipe has two components: a dough that needs chilling and rolling, and an icing that has to be piped while it’s hot. This Saturday, Dr. S and I split the work with her making the dough, and my daughter and I rolling, baking, and icing the cookies. 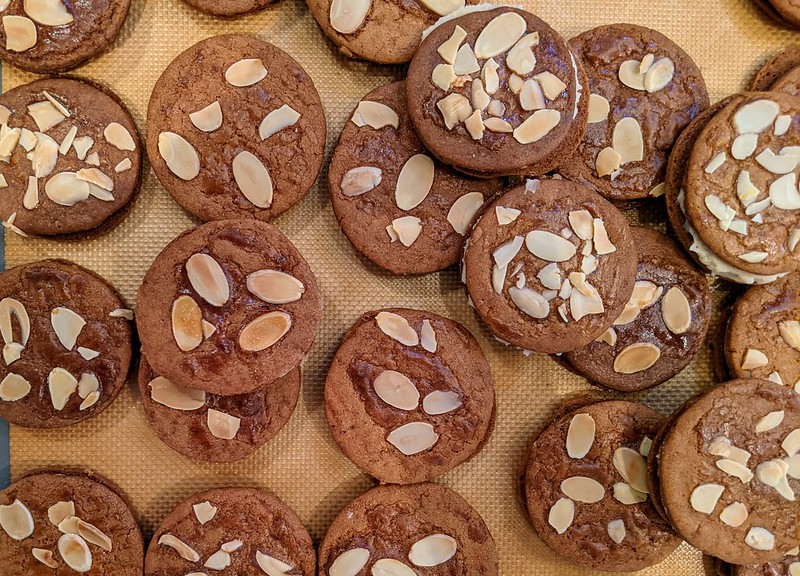 The dough contains ground up toffee bits (we used the Hershey’s Chipits Skor ones). After making the dough, make sure you leave enough time to chill it. When it’s too warm, it’s very difficult to lift the rounds off your rolling surface without it tearing. 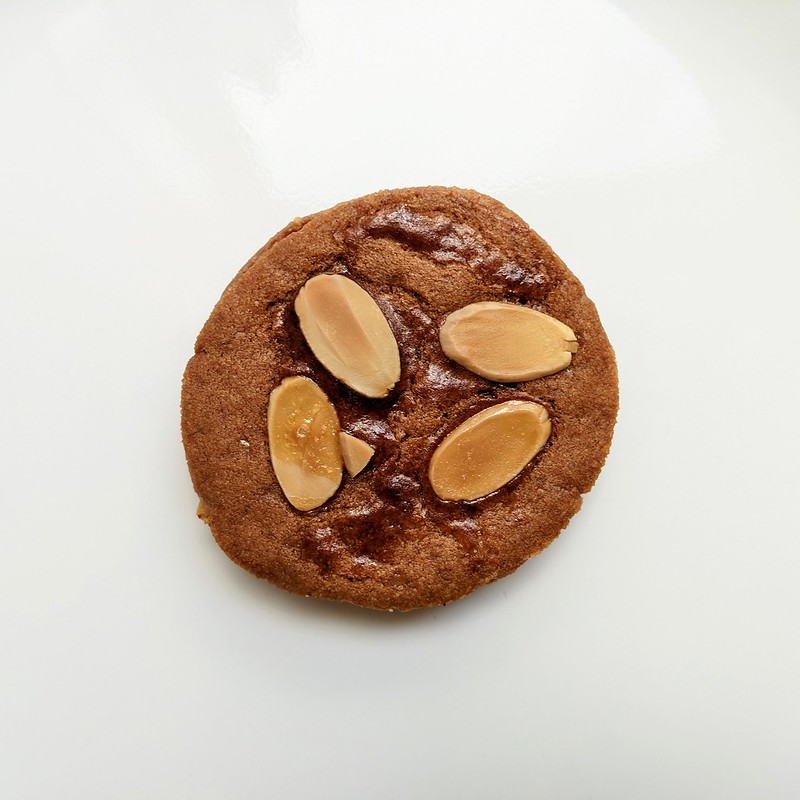 We tried to roll the dough thinly, and even re-rolled scraps twice, but didn’t come close to getting 72 cookies. Our yield was about 56 rounds or so. After baking, I was quite impressed that all the rounds were a very uniform dark brown.

Onto the icing: I’ve made brown butter countless times, but I’ve never made an icing recipe that called for adding salt and vanilla to the hot fat (causing it to bubble madly) and then the sugar. Or, at least that was the plan: in my hurry, I grabbed cake flour, which looks an awful lot like confectioner’s sugar. When my daughter tasted it, she said, “It doesn’t really taste like anything” which set off an alarm in my head. Fortunately, we were able to salvage the cookies by scraping off the “icing” and re-making it: 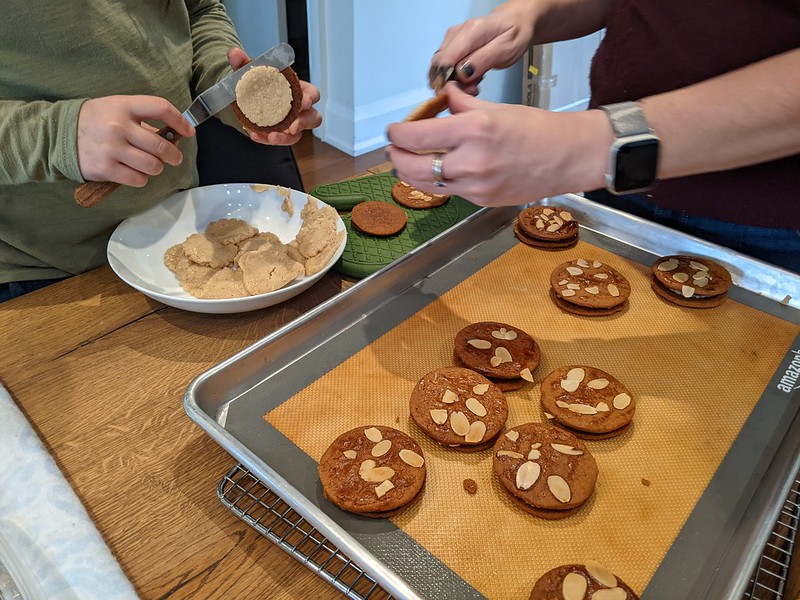 Piping the hot icing onto the cookies requires some quick hands or perhaps gloves: the brown butter is HOT. There was just enough icing for our 28 or so sandwiches, so I’m not sure if there would have been enough had we actually managed to get 36 sandwiches. 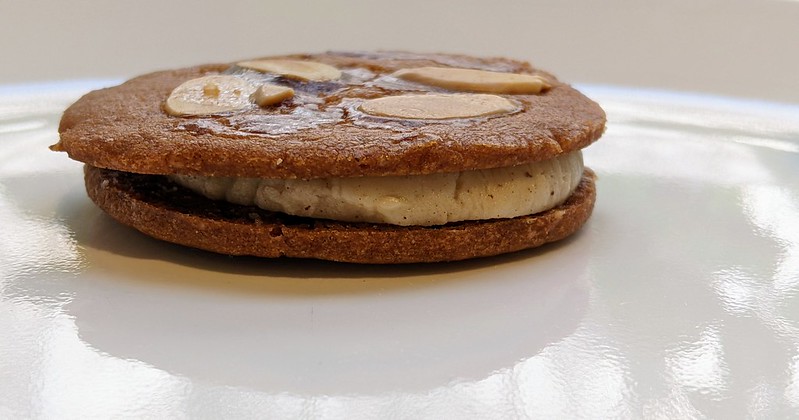 Anyway, these were surprisingly delicious. The cookies had a wonderful caramel flavor, and everyone commented on how they didn’t expect them to be so crisp. The icing is a bit reminiscent of Oreo filling, but with a more sophisticated, nutty flavour.