While browsing the Cook’s Illustrated site, I saw a recipe for Hong Kong pineapple buns, an unexpected surprise. These cookie-coated mini breads filled with sweet coconut and butter are one of my favourites from Chinese bakeries. In case you’re wondering about the name, it refers to the cracked appearance of the baked topping, which resembles the exterior of a pineapple.

I found a podcast about how Tim Chin at America’s Test Kitchen developed the recipe I used. Apparently, he had an incredibly delicious one in Hong Kong, with a crisp, shattering topping. Its description was unlike the kind of bolo baos I’m familiar with, so I was eager to make it.

The dough begins with a tangzhong, the hot flour paste that is responsible for making doughs soft and pillowy yet easy to knead. I found the dough to be quite sticky, even after 12 minutes of stand mixing on medium. Adding two heaping tablespoons of flour helped the dough release from the sides of the bowl. The dough got greasy after the butter was added, and reminded me of making brioche.

Shaping and filling the dough was tricky, as the proofed mass was a bit tacky. And even though I watched a shaping video that Cook’s Illustrated linked to, they didn’t provide any written advice. So, based on my experience, here are my tips: 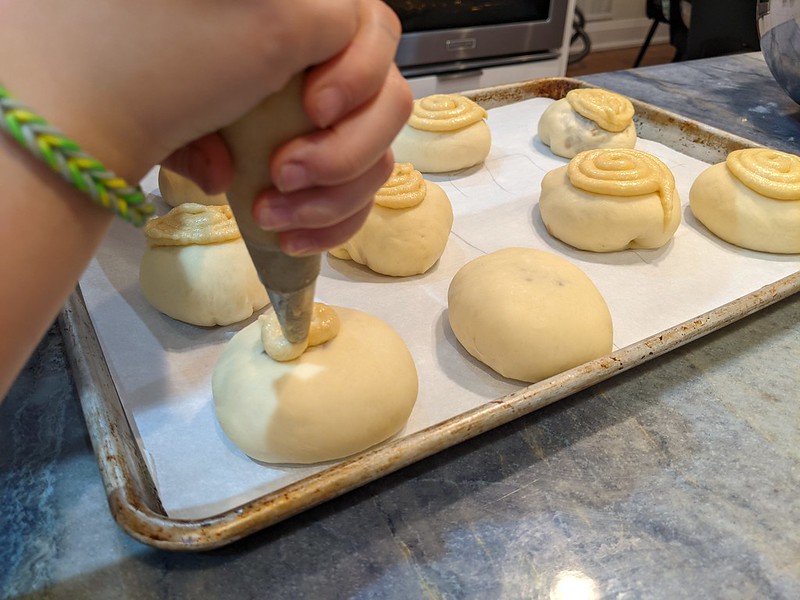 The crisp exterior is a kind of sugar cookie batter, made with flour, butter, eggs, and icing sugar. You may have heard of “Dutch crunch” bread, which gets its signature crackled topping from a similar topping. We had a lot of fun piping it on top, and there was just enough to top the 19 buns we got out of this recipe. 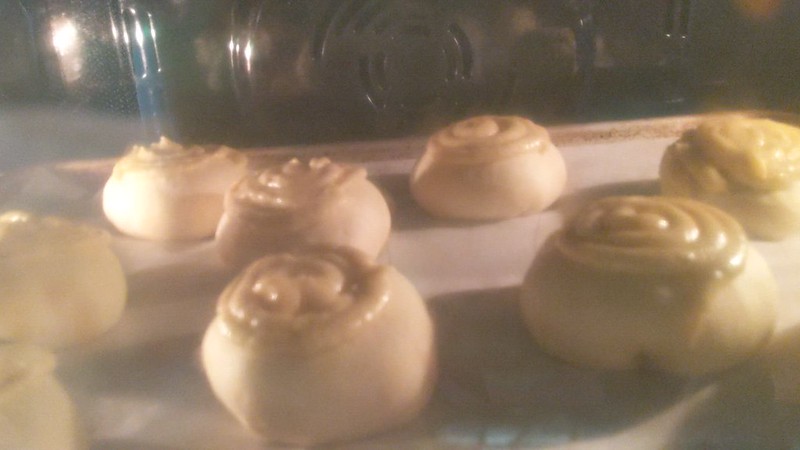 Check out the time lapse of the topping melting in the oven! 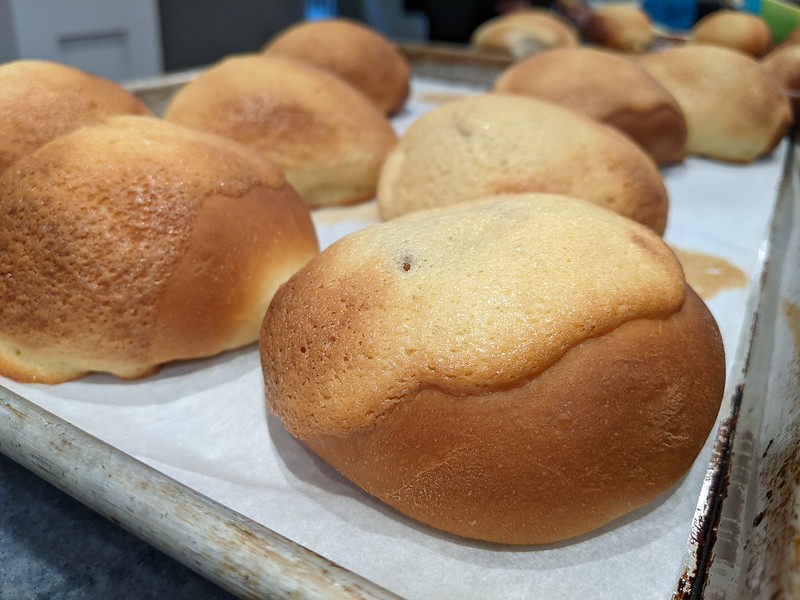 Fresh from the oven, the scent of vanilla and butter was pretty tantalizing. Biting into one, I was pleased that the topping really did shatter, and that the bun was quite soft. 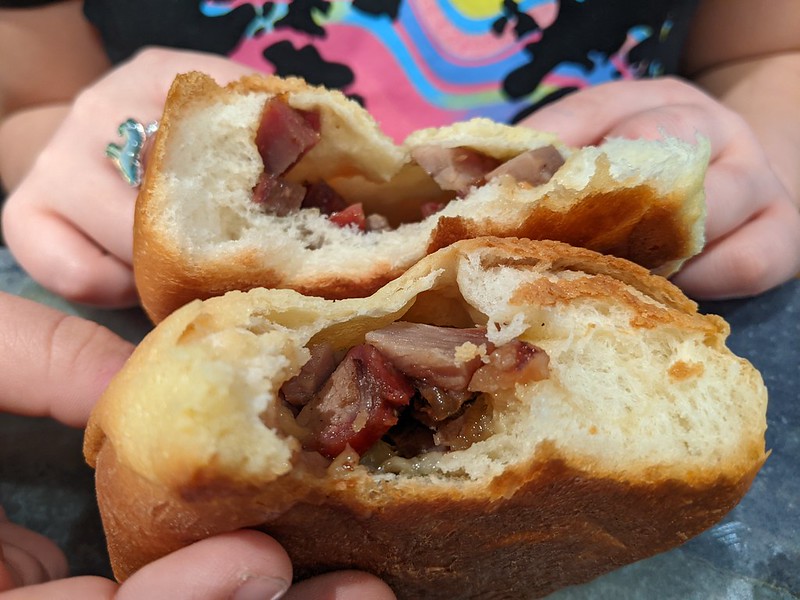 Not bad for a first effort. The crisp topping is a fun change, but I think the traditional one doesn’t need improving. Next time, I need to work on making the bun an even thickness all the way around.