Ube is a purple yam grown in the Philippines (more in this Canadian Grocer article). And, as an extract, it was responsible for the vibrant colour of the hamantaschen I made. However, I thought I could extract the colour myself, by cooking the tuber and concentrating any exuded liquid. Unfortunately, cooking a package of frozen khoai mỡ (the Vietnamese term for ube), didn’t get me far: the starchy mass absorbed any water I tried to add to coax the colour to come out.

So, what to do with ube that’s already been grated and cooked? Why, making buns of course! The recipe I used called for mashing freshly cooked ube, so I was already a step ahead! 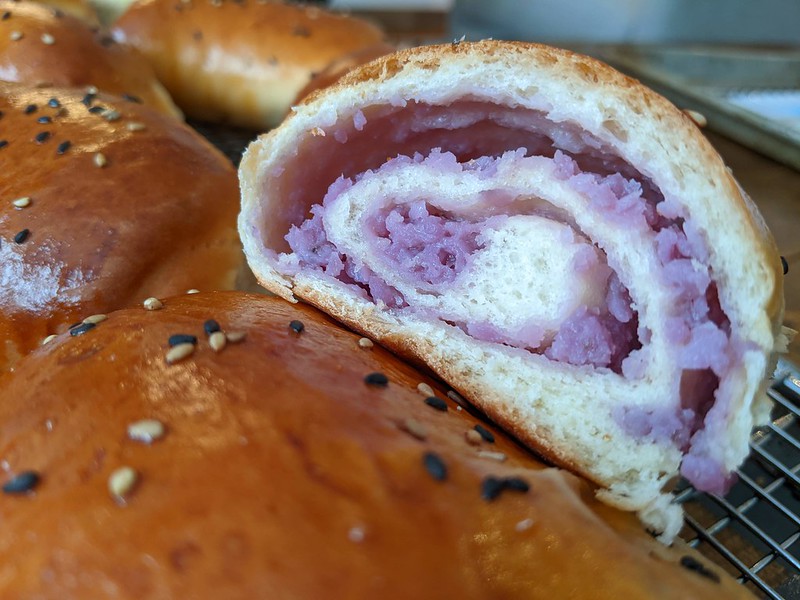 The bun is made from an enriched, easy-to-roll milk bread dough. In addition to the mashed ube, the filling is enriched with coconut oil (for flavour), as well as sugar and butter. To make the interior swirl, each dough ball is flattened, coated with the purple spread, then roll up like a cigar. A very fun and satisfying process. 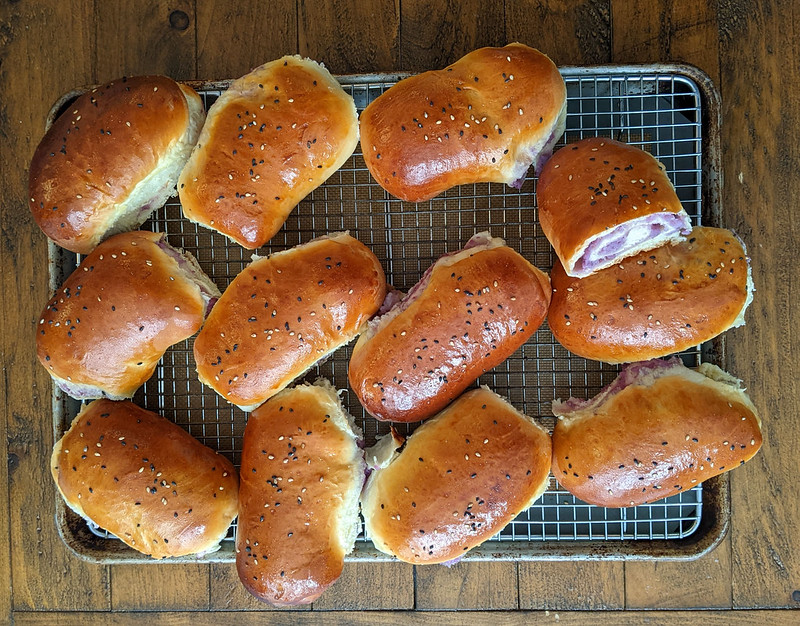 During the final proof and in the oven, each bun expanded into its neighbours. But they baked into a beautiful golden shine. I skipped the post-bake sugar glaze. With their inviting appearance, these would be fantastic in a breakfast buffet! The ube’s flavour was reminiscent of taro, and the coconut aroma reminded me of Hong Kong style cocktail buns.

I would change the ratio of bread flour to cake flour next time, as I found the bun to be a little too chewy. The filling was too coarse, as the grated yam didn’t break down, so I would probably cook the ube longer and puree it in the food processor.