For Big G’s birthday this year, he asked for an ice cream cake, specifically, the kind from Baskin Robbins. Do you know how much they charge for a 9” Fudgetop Jamocha Almond Fudge ice cream cake? $69. Sixty Nine Dollars. Surely, I can make one for far less than that…

I started with making a base out of the crust from a Cook’s Country Black-Bottom Pie recipe. It’s just chocolate wafers ground up, with butter to hold them together, then partially baked. The recipe calls for Nabisco Famous Chocolate Wafers: in Canada, they’re known as Mr. Christie’s Chocolate Wafers (I just learned that all Nabisco cookie/cracker products are branded Christie in Canada).

For the ice cream, I found a promising recipe at Food52. There’s four forms of dairy in it (half and half, heavy cream, milk, cream cheese). To infuse the cream, I ground my coffee beans into fine espresso: this was a mistake. I needed a sieve, cheesecloth, and a Chemex filter to filter the grounds, and it was still a bit muddy. As a note in the recipe suggests, using a coarse grind is best. I made two batches, and then successively froze the layers in the 9” cake pan. 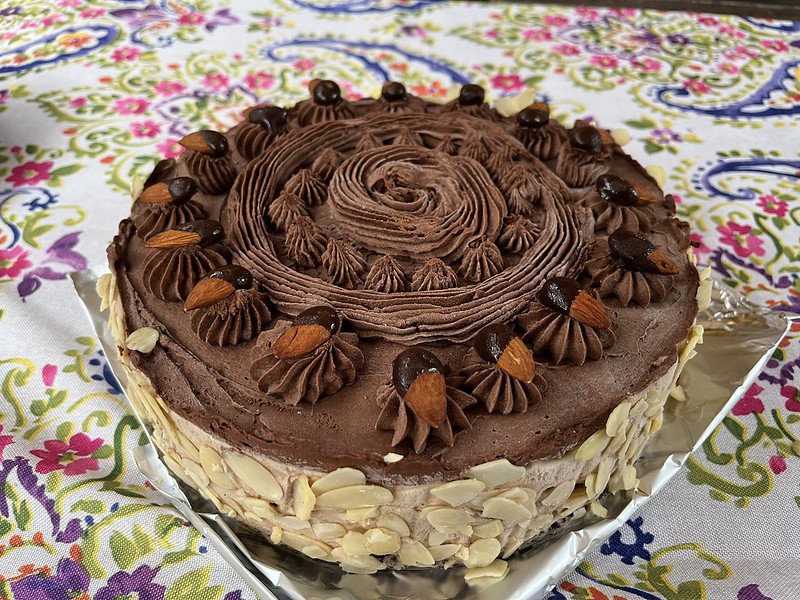 For the topping, I didn’t know how to make the fudge icing that Baskin Robbins makes, some kind of food wizardry such that it’s soft even at -18℃. I ended up making a whipped chocolate ganache to pipe on the surface. There were several suggestions online that the additional air incorporated into the ganache makes it softer and easier to slice. After unmolding the cake, I blasted the sides with a hair dryer, then applied some sliced almonds. I also garnished the top with some almonds dipped in chocolate. 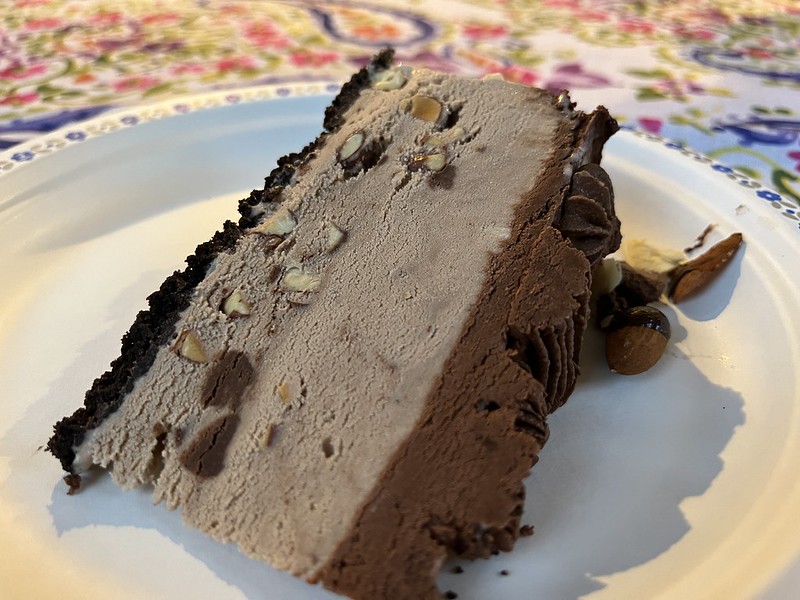 At dinner with friends, this cake was a huge hit. It was firmer than the store-bought one, but the flavours were more “adult”: less sweet, more bitter. I didn’t actually compute the final cost of the ingredients, but it’s gotta be at least half. I don’t mind putting in the work for G’s birthday, so I consider this a win.