Brioche isn’t good for you. With a flour-butter ratio of 2:1 or even closer, and a healthy amount of eggs, it’s an enriched bread that could easily pass as a pastry. That didn’t stop me from trying Bouchon Bakery’s recipe for craquelins, a brioche made with orange and sugar.

I don’t like store-bought orange peel, but it’s such a chore to make your own. In the end, taste triumphed over convenience. On Sunday morning, I began by blanching the hollowed out shells of three oranges. 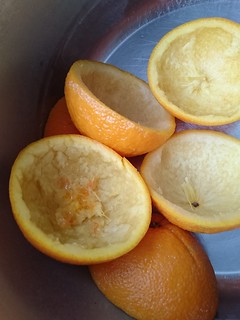 I needed to go out, and left the orange halves in the hot water. When I came back a few hours later, I cut the halves into strips, and simmered them in a heavy syrup, for just under an hour, as I had to go out again. 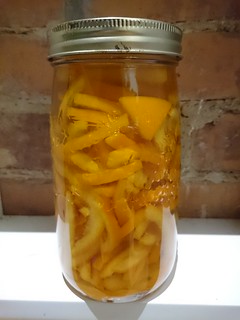 I poured the candied peels into a jar, and put it in the fridge.

The craquelins recipe yields 12 buns, but I wanted to double it, since I planned on bringing some to work. I made the starter and let it ferment while we had dinner.

When it was ready, I dumped the flour, sugar, salt and starter into the mixer bowl, then added the eggs. This is where my 575-watt, 6-quart KitchenAid stand mixer began to groan. The recipe said to knead for 15 minutes (!) but my machine overheated at the 3 minute mark. I took out the partially kneaded dough, weighed out half, and after a 15 minute rest for the machine to cool down, resumed kneading the smaller portion.

The mixer held up, and I slowly added the butter. It’s important that it be at room temperature so it will incorporate easily. Even though I’ve made brioche a few times before, it’s still a bit astounding to see how much butter you can actually blend into bread dough. This is what it looks like when it’s done: 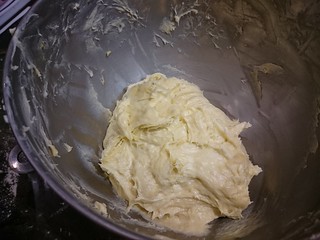 I used a generous amount of flour to keep the buttery dough from sticking to the counter, as you need to be able to flatten it out, and fold it, as if making laminated dough. Once it sat for an hour, I sprinkled the orange zest and candied peel on top, then kneaded it in, and gave it a few more folds. 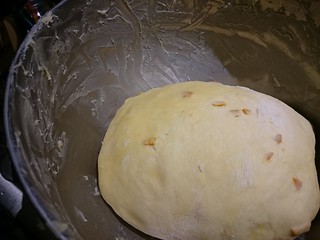 By this point, it was pretty late, so I’m glad that it needed an overnight refrigeration.

I set my alarm for 06:00, and scaled out the dough into 12 equal portions by weight. 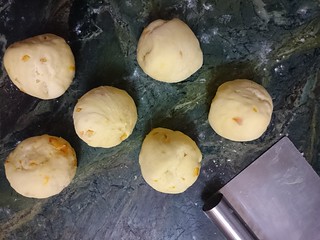 After pushing a sugar cube into each one, I placed the balls of dough into the mini panettone papers, glazed them with egg wash, and let them rise. 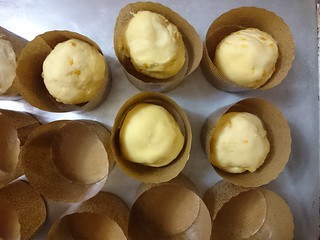 About two hours later, they were ready for another egg wash and a sprinkle of sugar (the recipe calls for pearl sugar, I mistakenly bought and used sanding sugar). 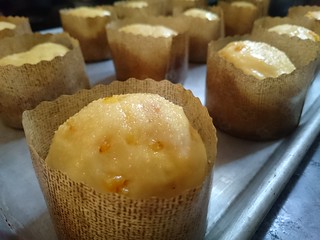 I needed the full baking time to develop a golden brown exterior. Our house smelled amazing while these were in the oven. 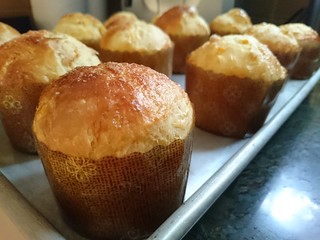 These buns were incredibly fluffy and tender. They weren’t overly greasy, and had a strong orange flavour. I’m not sure the whole sugar cube added much, and would have preferred smaller bits scattered throughout. 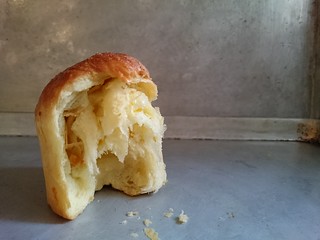 I’d make these again, but maybe as a once-a-year kind of treat.