While vacationing at a cottage this past week, I had time to do some baking in the well-stocked (both in pantry supplies and equipment) kitchen. For a snack/dessert, I decided to make us a zucchini bread with squash bought at the Haliburton Farmer’s Market. 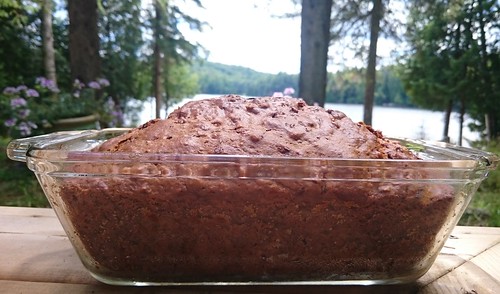 The recipe is from Cook’s Illustrated’s August 2014 issue. Their key piece of advice is to squeeze out all the moisture from the grated zucchini to ensure the loaf isn’t wet and gummy. I didn’t have a scale, so a conversion I found on the Internet suggested that 3 cups packed was equivalent to 1½ pounds of grated zucchini. Without a cheesecloth or clean dish towels, I just grabbed handfuls and squeezed the liquid out manually. In a nod to health, I used less brown sugar than called for, by loosely filling my measuring cup, instead of packing it. 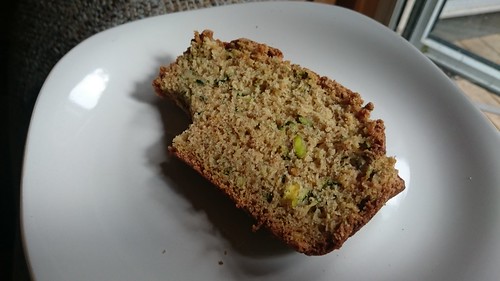 This loaf turned out reasonably moist, but its flavour was a bit off. I’m not sure if some of the ingredients were stale, or that I had to omit the orange peel due to lack of a zester, or that I only used nutmeg as we didn’t have cardamom. But it’s definitely something I’d try to make again, especially later in the season when zucchini are plentiful in the markets.