My working parameters for a cake for my Dad’s birthday were “fruit or nuts, but no chocolate”. Instead of a cake, I made a tart featuring chestnut and pear. It was relatively simple (by the standards of a Pierre Hermé recipe) but wasn’t up to the standards of what I expect from his desserts. 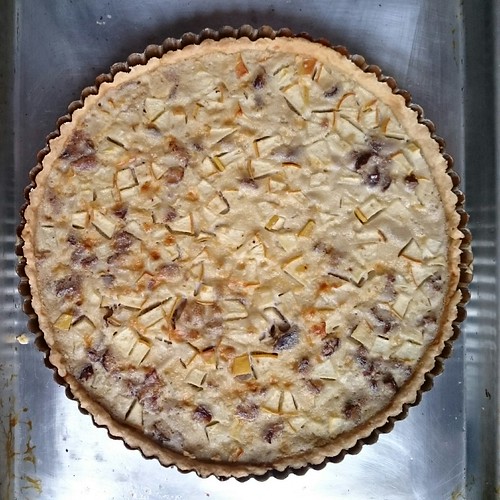 The recipe comes from Desserts by Pierre Hermé. After making and chilling the tart dough on Sunday morning, I blind-baked it briefly (15 minutes) in the evening, and held it overnight. I also made a small batch of homemade crème fraîche, combining a half cup of heavy cream with a generous tablespoon of buttermilk.

Surprisingly, the chestnut purée was difficult to find at a large supermarket (Longo’s). My neighbourhood supermarket had two kinds, one sweetened and one unsweetened. On Monday morning, I assembled the filling. The pears I purchased were ripe, but still firm. After sprinkling the diced fruit and crumbled chestnuts in the shell, I poured over the liquid ingredients. 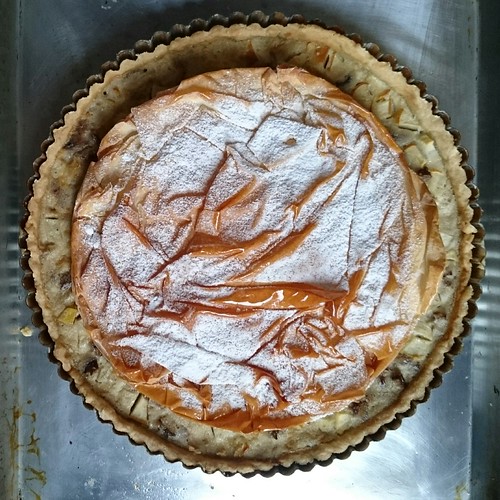 After a 40 minute bake in a moderate oven, the custard was set. I turned the oven up, and made the phyllo topping. The top layer browns very quickly, so check every 30 seconds after 5 minutes. 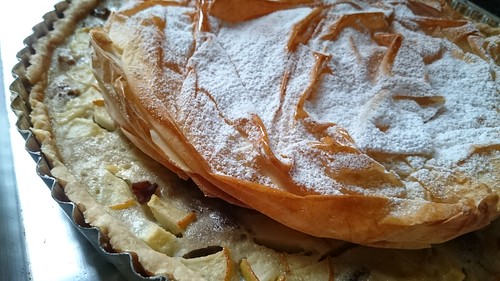 I have to say I was disappointed in how this turned out. The combination should have been delicious, but the chestnut flavor was weak, and the custard layer was quite thin. I also wanted all of the phyllo layers to be caramelized, not just the top one.