Banana bread, carrot cake, apple pie: these are baked goods that I’m always willing to try a new recipe for. This “double” apple pie from Melissa Clark in the New York Times incorporates apple butter, which I happened to have made earlier. 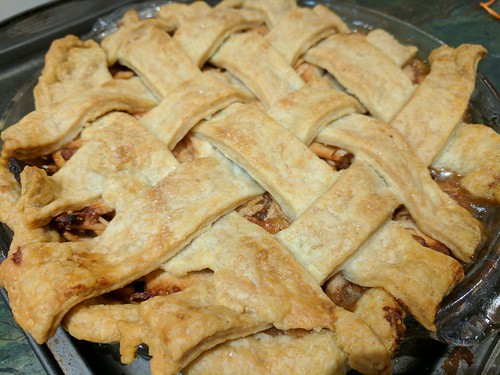 Compared with other apple pies that I’ve made, this recipe doesn’t call for the apples to be precooked. For flavour, it incorporates apple butter, as well as a lot of spices. The crust is all-butter, but the author calls for blind baking it. While this ensured that the bottom was dry and crisp, it does add time and effort. 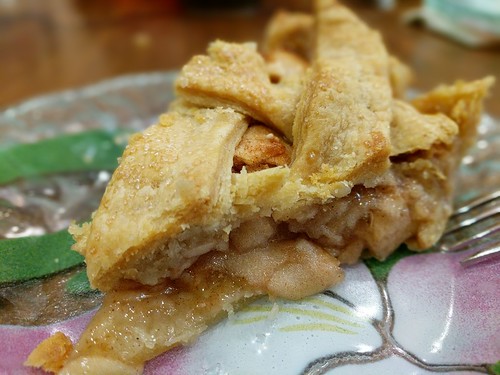 Would I make this pie again? Not exactly as written. The idea of boosting flavour with the apple butter is a good one, but I felt all the other spices competed with a pure apple flavour. Slicing the apples so thinly also led them to break down too much; I prefer a pie with larger wedges of fruit. And lastly, a lattice crust yields patches with two layers of crust, making it a little awkward to break through with your fork.