A traditional strudel is something I’ve never attempted before. The pastry is difficult to make: I recall reading about some bakers using the edge of a table, to hang and stretch the dough into a paper-thin layer. This month’s issue of Cook’s Illustrated offered a strudel made with phyllo that I thought be a quick weeknight dessert. 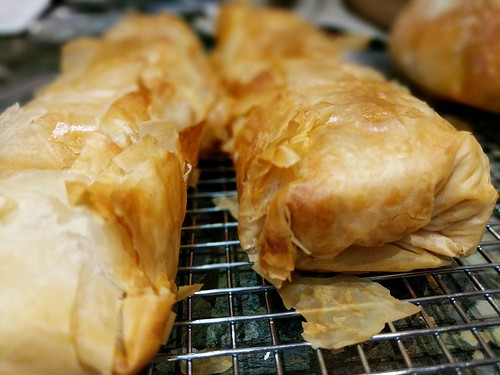 The recipe is found in the November 2016 magazine. As with the previous recipe Cook’s published back in 2003 (which I’ve made before), it calls for phyllo dough. This time, they make a few improvements including using the microwave to pre-cook the apples, dusting each sheet of buttered phyllo with confectioner’s sugar to prevent the baked layers from flying apart, and keeping the rolled seam on top to avoid a thick bundle on the underside. 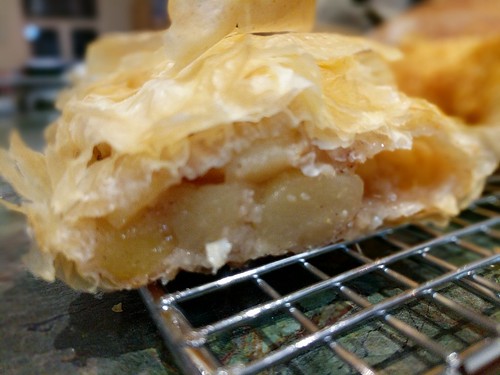 Hot out of the oven, this was absolutely delicious. The phyllo developed a nice browned exterior (the reserved apple liquid is brushed on before baking) and the apples were nicely tender. Leftovers were decidedly less tasty: the phyllo absorbed the liquid and became soft and unappetizing.

The most time-consuming part of this recipe was the layering of the phyllo, but it’s otherwise very straightforward. One day, I’ll attempt a strudel from scratch, maybe by following this Serious Eats recipe.