We often get asked to bring dessert to dinner parties. This past Saturday evening, I made two desserts from a used cookbook I acquired recently: brownies (with and without walnuts) for the kids in attendance, and this more grown-up walnut and apple layer cake. 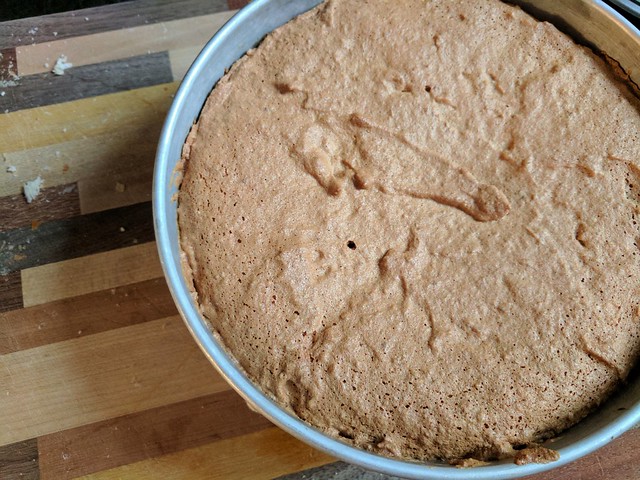 The recipe consists of making three components, then assembly. First up, the walnut cake. This is a sponge cake made with both ground walnuts and almonds. Since yolks aren’t needed, I purchased a container of pasteurized egg whites. I can’t remember whether I’ve ever used a product like this, but my experience was pretty positive. The pure egg whites were homogeneous and liquid, and whipped up just like fresh ones would. 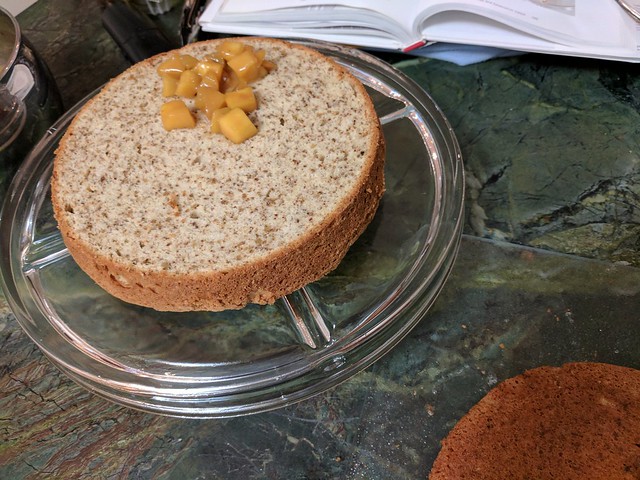 While the cake baked, I worked on the caramelized apples. Following the advice of Tish Boyle in the linked recipe above, I didn’t use the juice of a whole lemon, but a teaspoon in total. An acid helps prevent crystallization when making a wet caramel from scratch but I didn’t want to make the filling too sour. I added a few spoonfuls of water to make up for the reduced lemon juice. I didn’t let the molten syrup get to 374°F as it had already achieved a golden brown colour before then. After adding the cream gradually, I stirred in cubed Golden Delicious apples until they were soft. Note that I followed the specified weight (680 g) rather than the subjective description of “3 small apples”. 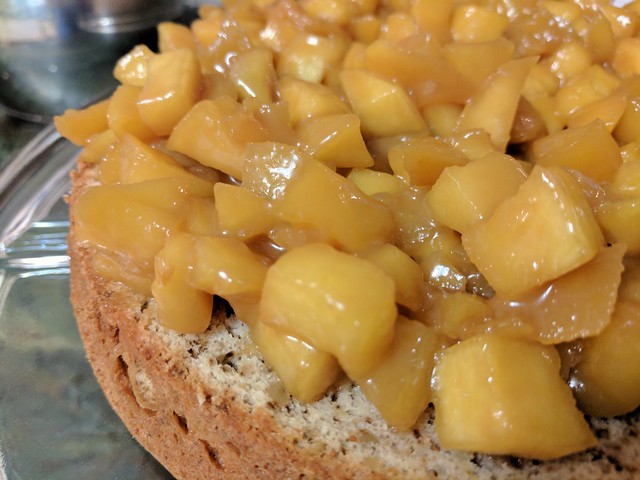 The apple mixture is quite runny, so you’re supposed to drain the fruit and discard the caramel. However, I saved it in a squeeze bottle, as I thought (correctly) that people would enjoy drizzling it over their servings. 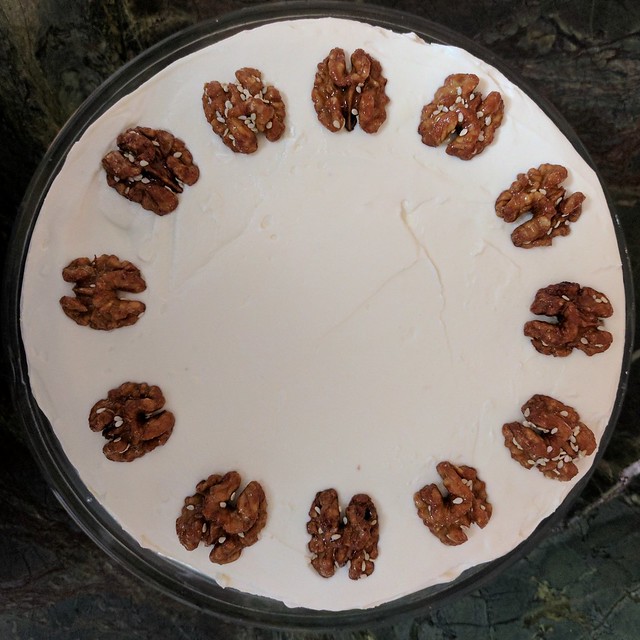 To ice the cake, this recipe calls for a simple cream cheese frosting flavoured with an apple liqueur. I used apfelkorn instead of Calvados, and also reduced the amount of heavy cream, as I wanted something that wouldn’t be too soft. 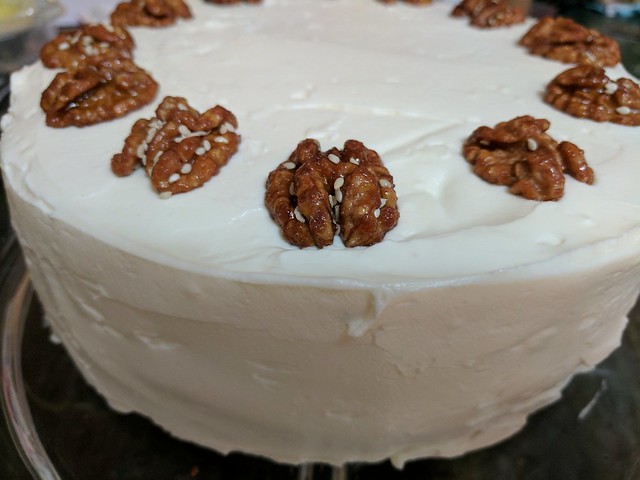 One other time-saving purchase, was fried candied walnuts from T&T Supermarket. They’re found in the bakery section of the store, and are a pricey, but incredibly satisfying treat. I used these to garnish the top of the cake. 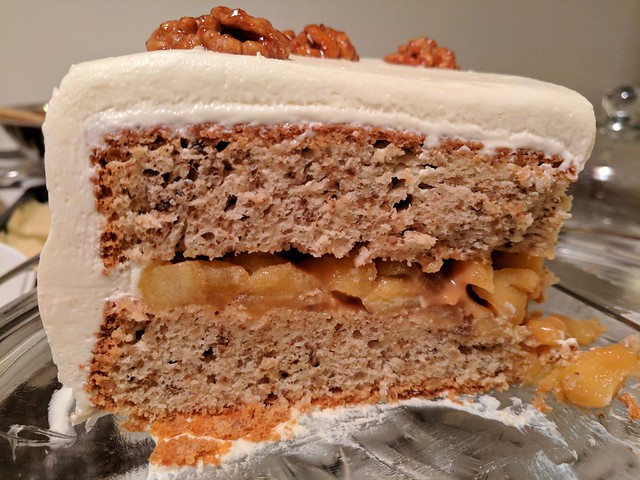 Overall, everyone really enjoyed the flavours of this cake. Echoing Boyle’s assessment in the recipe headnote, I also found the cake to be a bit tough and dry, so the extra apple caramel was a welcome accompaniment. Unlike her opinion of the frosting, I found it sweet enough for my taste.

If I ever make this again, I would consider splitting the cake into three layers, and then increasing the amount of apples, so that there would be a greater fruit-to-cake ratio.