When you have a lot of apples, it’s time to make apple pie. Or, so said my 5-year old son. With only one frozen pie dough in my freezer, I started thinking about a crumble topping, but found this Cook’s Illustrated recipe instead: a pie assembled in a skillet, and requiring less than half an hour in the oven. 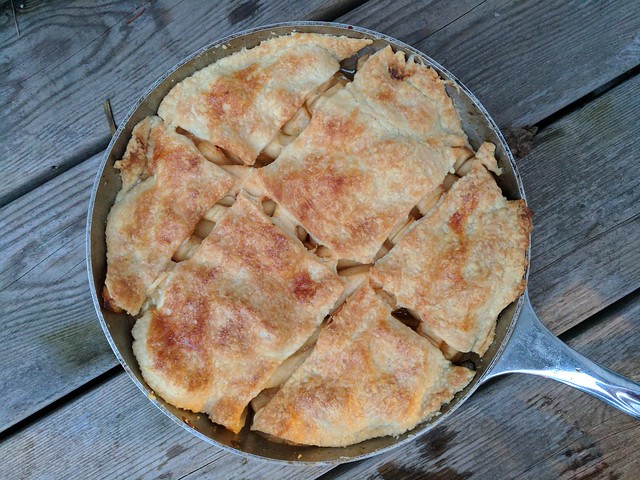 This recipe comes from the September 2008 issue of Cook’s Illustrated. It’s an adaptation of a pandowdy, whatever that is. Since I only had one disc of pie dough in the freezer, this was the perfect recipe, since it doesn’t use a bottom crust.

I used mostly Pink Lady apples. This is a new variety to me, and I was really pleased with their flavour and firmness. After caramelizing the slices, I stirred in a slurry made with cider, maple syrup and cornstarch. The rolled-out crust went on top, slashed into large pieces to allow steam to escape. 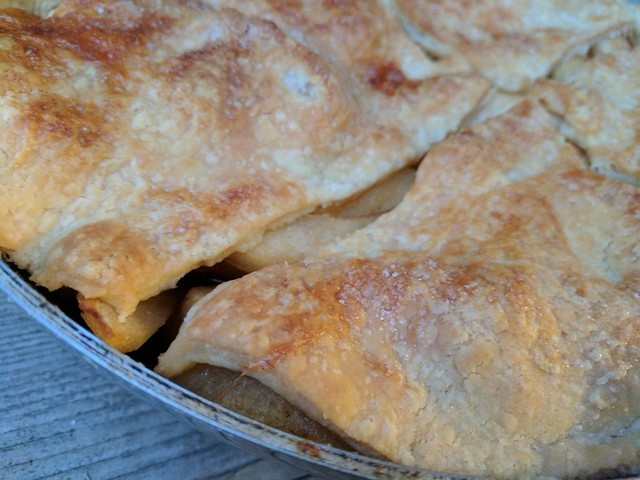 After only 20 minutes in a 500°F oven, the top was nicely browned and I could hear the filling bubbling. This bottomless pie was fantastic: quick to prepare and just as tasty as a double-crust pie. I didn’t add any cinnamon (it’s an optional ingredient in the recipe) so the sweet-tart apples really had centre stage.