Ingredients used for pastry are often expensive unless bought in bulk. Examples include chocolate or nuts, which I buy from Costco most of the time. Another item is feuilletine. I bought a large 2.5kg (5.5lb) box a while ago, and it’s sat quietly in our basement storage cupboard. Because of the dark, cool environment, the wafer crumbs have stayed fresh and crisp. This week, I decided to dig into the Milk Bar cookbook, as many of its recipes incorporate feuilletine for crunch. 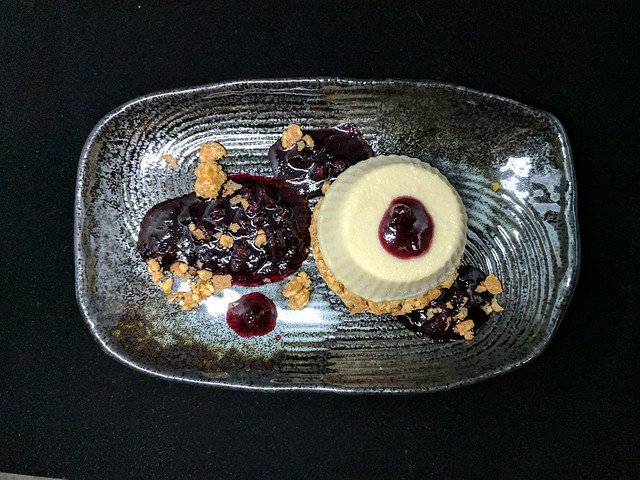 This dessert requires making three components, from four recipes (I couldn’t find copies online). Each is relatively straightforward, and here are some notes on each one:

Just a dry caramel with nuts stirred in, spread on a Silpat, and ground up in a food processor. I broke up the large shards inside a Ziploc, using a rolling pin. Keep the extra (which is a component of the peanut butter cookie recipe) tightly sealed, as caramel is hygroscopic.

This highly addictive mixture combined peanut butter (I used natural, instead of the specified Skippy brand), icing sugar, salt and feuilletine. The end result was crumblier than the picture, since I used a non-emulsified PB.

I skipped making this, since it’s not grape season in Ontario, and we already have a copious supply of homemade jam. I used the blueberry maple jam we made last summer.

Having made Tosi’s cornflake panna cotta, I’m familiar with the idea of infusing milk with prepared products like cereal. In this case, the infusion is made with saltines (the same Premium Plus ones I grew up with). I strained the mixture three times: once after pureeing the crackers in the blender, once when transferring the heated mixture from the saucepan, and a final time before pouring the base into the molds. One slight alteration I made is to halve the baking soda, as I didn’t want a too-strong alkaline taste. 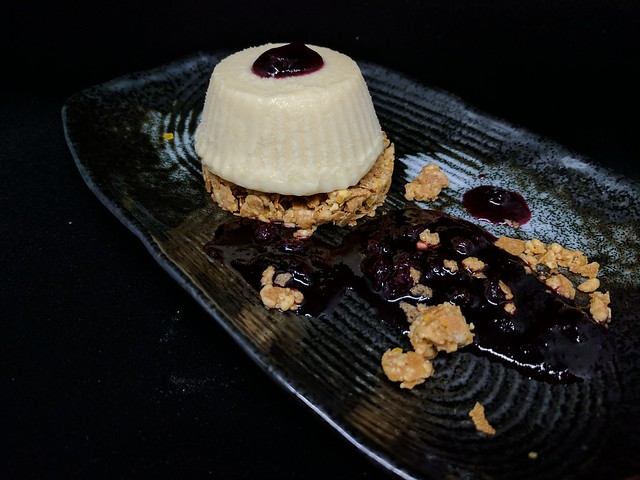 The panna cotta sets very softly if you just leave it in the fridge. You really do need to freeze each one, so you can pop them out of the mold easily. At room temperature, each one thawed to serving temperature within 30 minutes. 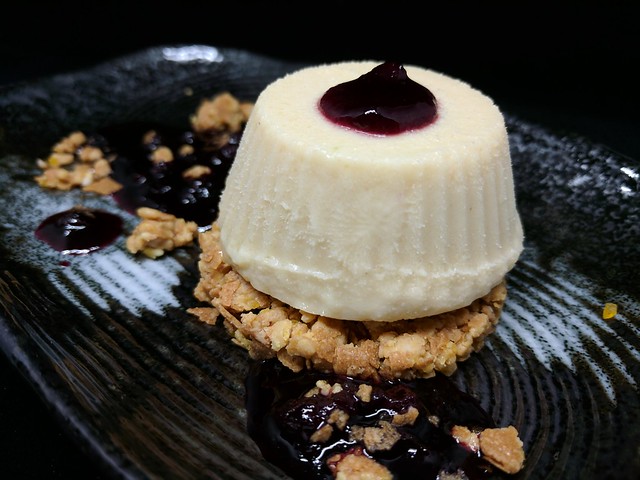 This dessert was polarizing: as the headnote predicts, people either “love it or hate it”. The panna cotta is very intensely flavoured with cracker and salt flavours. Tasted together, each spoonful very closely resembled the childhood (or adult!) snack of peanut butter and jam on crackers.