Another day, another Milk Bar dessert. I bought four kinds of citrus at the supermarket last week, including a bag of grapefruit from Texas. When I looked over this Milk Bar recipe, with its salty cracker crust, and two-layer filling, I was too intrigued to pass it up.

The recipe comes from Momofuku Milk Bar. For the grapefruit curd, I took several shortcuts that completely avoided using a blender. Instead of blending the passion fruit purée, sugar, and egg, I just whisked everything together in the saucepan. And I put the butter, bloomed gelatin, and salt in a tall, narrow container, and used a hand blender to combine everything into a smooth curd. As I was supreming and warming the grapefruit, it released a lot of juice, which I strained, and did not incorporate into the curd. 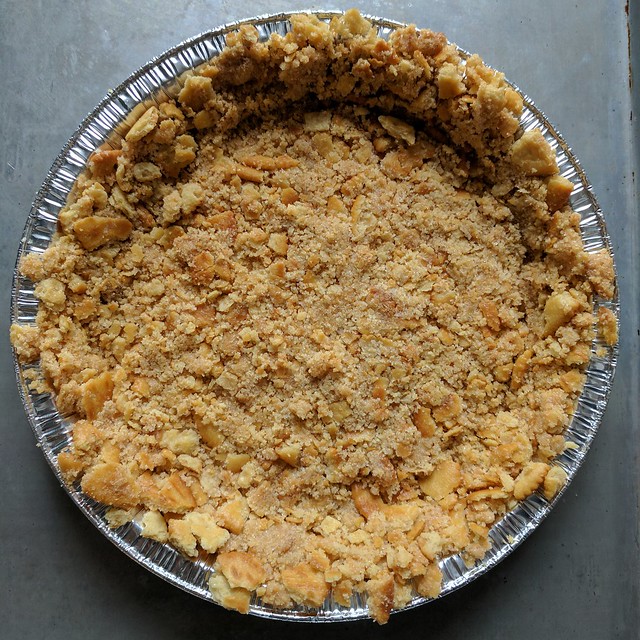 For the sweetened condensed grapefruit, the process was even easier, just stirring everything together. I didn’t use pasteurized juice from a carton, but made fresh-squeezed instead. I ensured that the kosher salt and large citric acid crystals were completely dissolved in the juice, before combining in the condensed milk. 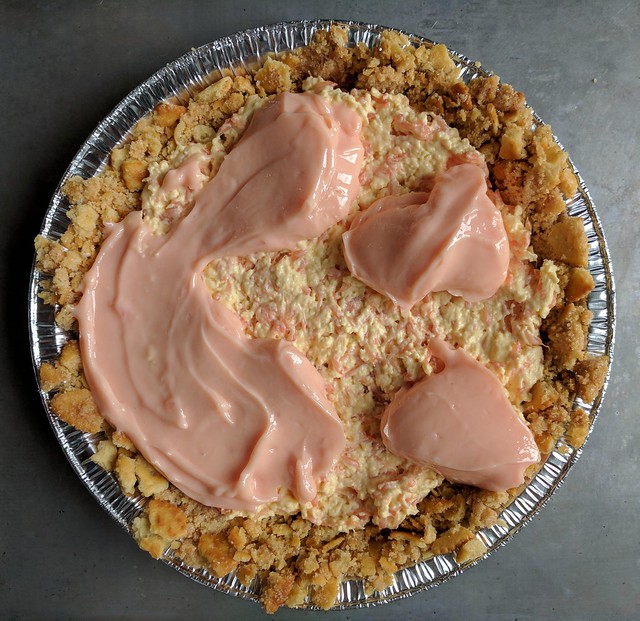 In the afternoon, after going to 7-Eleven for a box of Ritz, I made the crust. My son had a fun time crushing the crackers into smaller pieces. The mixture was very crumbly, and it was difficult to have it adhere to the sides of the pie plate. I didn’t have a 10” disposable one, so just used a standard 9” one. 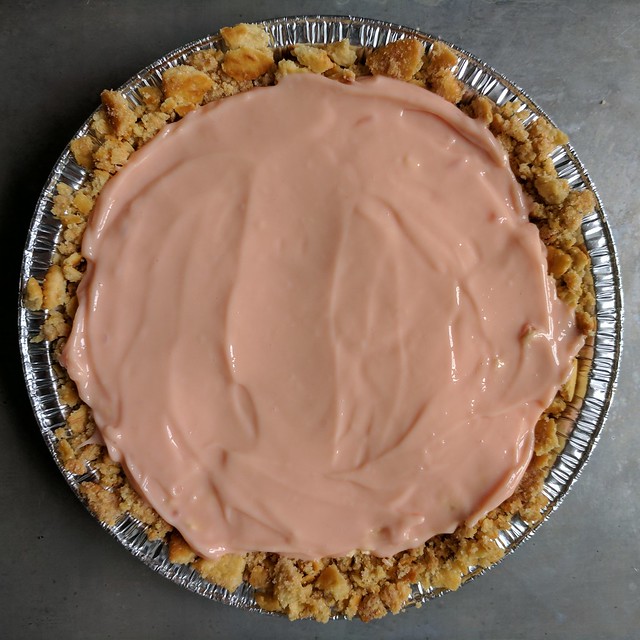 Since I used a full sheet of gelatin (I didn’t want a repeat of the loose panna cotta from earlier this week), the curd firmed up considerably in the fridge. I used a spoon to break it up and distribute it evenly in the crust. I didn’t need the full amount for the 9” pie plate, nor did I need to freeze this layer first. The condensed milk mixture was spreadable, and I used the full amount to top the pie. In total, I froze the assembled pie for about two hours before serving. 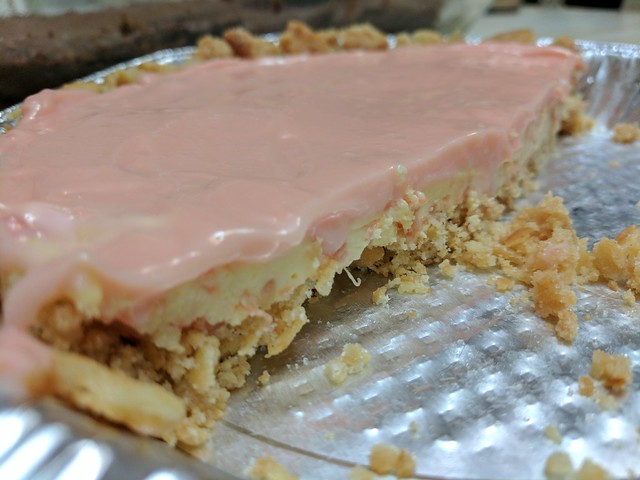 First impressions of this pie weren’t positive: the strong, buttery scent of the condensed milk was off-putting to me, and the description alone turned off several people I had dinner with. But on tasting, the overall combination of flavours won over everyone, myself included. The sweet-salty-sour taste balance is perfect, as is the crunchy-smooth texture pairing. I would have wanted a second slice to sample tonight, but the hosts kept the leftovers for themselves!