I would wager that most people have the same image in mind when they think of peanut butter cookies, a small, crumbly disc, criss-crossed with indentations from the tines of a fork. When I saw a recipe for a different kind of giant, chewy PB cookie, I had to try them.

That wasn’t the only reason though: I’ve had leftover peanut brittle laying around from a previous project, which is one of the ingredients in these cookies. The recipe comes from the Momofuku Milk Bar cookbook. 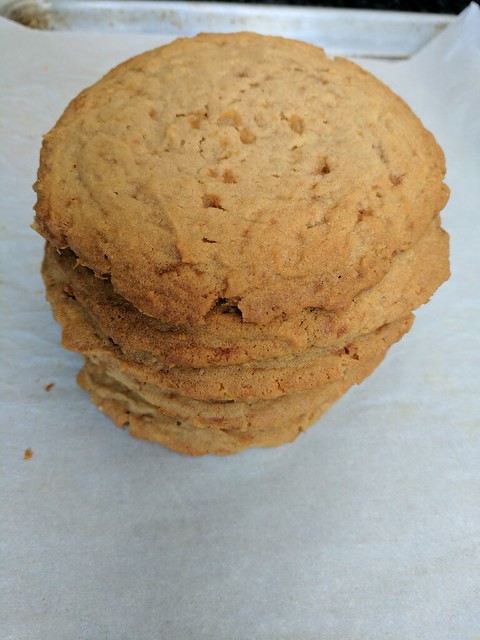 First, a few bench notes. Glucose is a bit messy to work with, and leaves a sticky residue on the side of the mixer bowl. Using “non-natural” peanut butter was a big change for me, as I’m so used to the texture and flavour of natural PB. But Tosi insists on the hydrogenated kind for this recipe. 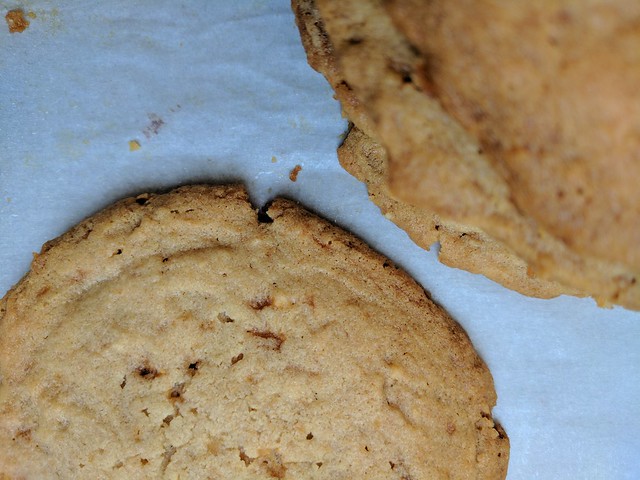 I made two separate batches of these cookies over the past week. The first time, I put eight on each half sheet pan, with a total yield of 20 cookies. This resulted in cookies that ran into each other and were really flat.

The second time (pictured), I aimed for 15 cookies, didn’t flatten them as much, and only put six per half sheet pan. These turned out thicker, with the promised crispy exterior and chewy interior.