At our annual cottage getaway with friends this week, we had some really delicious meals. For our final morning there, I decided to make a special breakfast treat. Working in our rental cottage’s well-equipped kitchen, I improvised with the equipment and ingredients on-hand, to make these chocolate buns.

I adapted this recipe by Alton Brown, to accommodate everyone’s preference of chocolate over cinnamon. The first problem I encountered was in making the dough. A shortage of AP flour meant I needed to make up about half the quantity with whole wheat flour. The mixture was really sticky and I kept adding ounce after ounce until the dough formed a ball and cleared the bowl. I also couldn’t find a dough hook, so had to use the flat beater to “knead”. 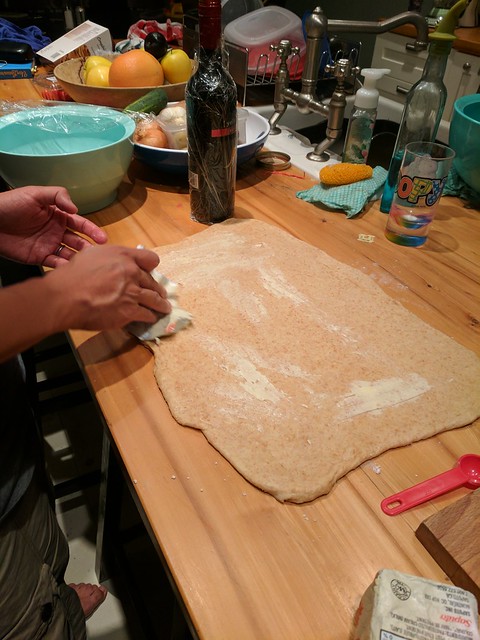 After the 3 hour rest period, I took the doubled ball of dough, and rolled it out into a large rectangle, using a wine bottle wrapped in plastic film. Without a pastry brush, I took a small piece of the foil paper wrapping the butter, to smear butter over the dough. 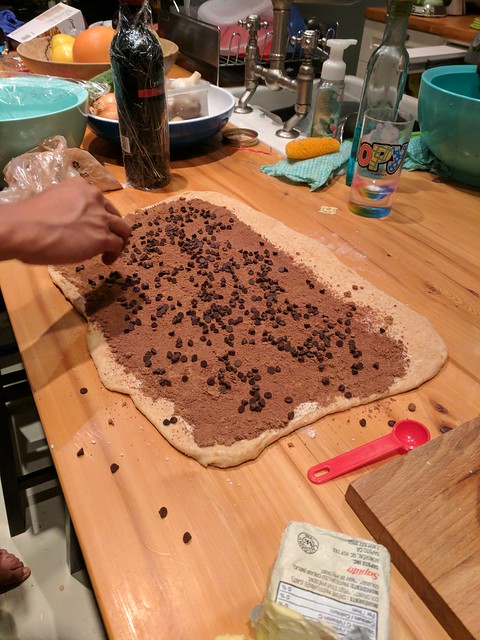 I subsituted cinnamon in the filling with unsweetened cocoa powder. 8 ounces of sugar was a lot, and I had about a quarter cup leftover. To further boost flavour, I pressed about a half cup of mini chocolate chips into the dough. 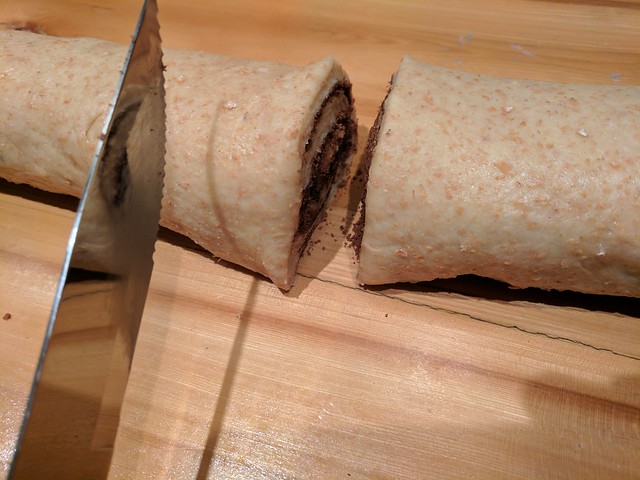 The powdery filling causes the rolled log to come apart, so you have to be careful when transferring each bun to the greased baking dish. 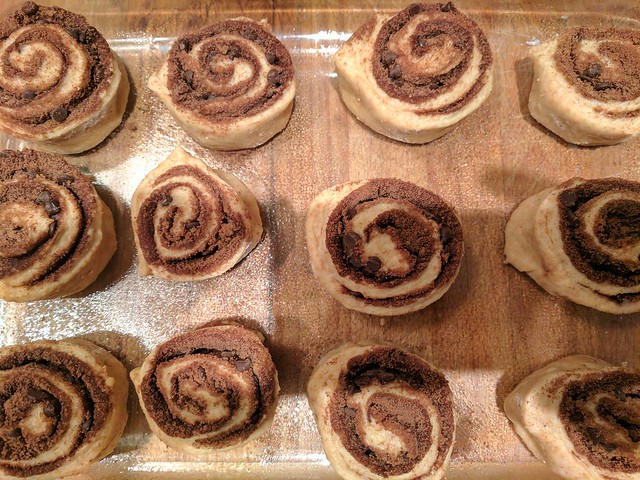 The overnight part of the recipe is letting the rolls rest in the refrigerator for at least 8 hours. 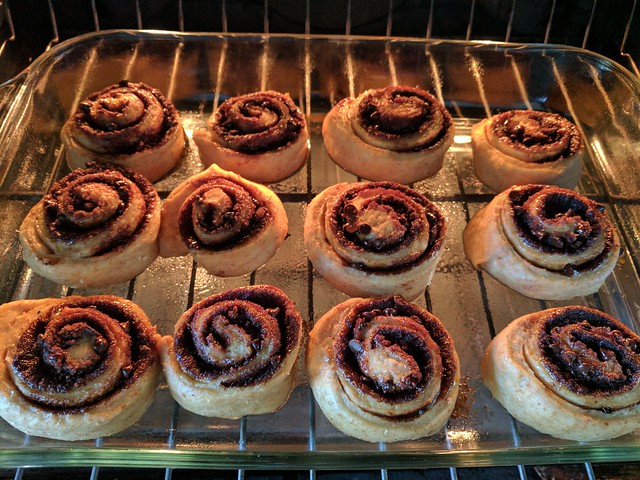 The next morning, you preheat the oven up to 200℉ then turn it off. The cold rolls then get their final rise in the warmed oven. Notice that they didn’t quite expand to touch each other: the glass dish we had was 10⨉14” instead of the smaller 9⨉13”. 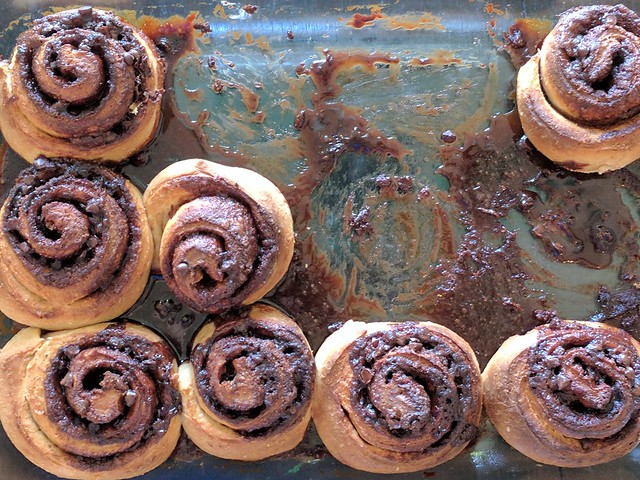 As to be expected, these rolls smelled incredible while baking. I let them bake for the full 30 minutes which turned out to be a mistake. Notice how they’re quite brown and dry on the edges. I suspect that if the dish had been smaller, the rolls would all have been touching, leaving less exposed areas to brown. 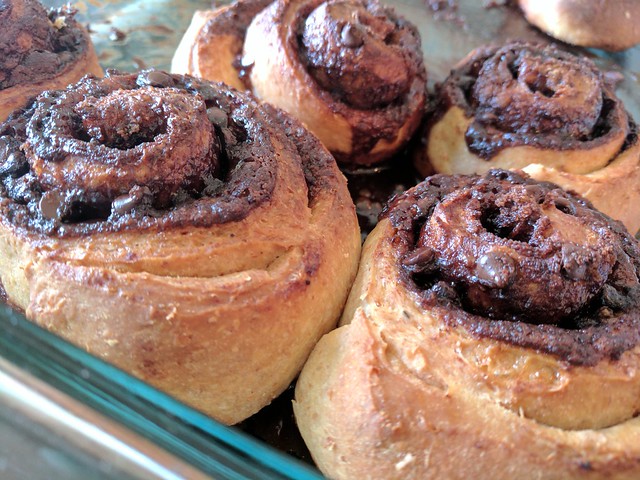 A few minutes out of the oven, these buns were a carb bomb breakfast. I didn’t even bother to make the cream cheese frosting. While completely unhealthy, they were a sweet treat to end our week.