The Big Giant Basket of Blueberries in the refrigerator remains stubbornly full. We bought it last week at a Farmer’s Market, and have already made one pie, but there are still many cups to go. Making this ice cream only used up a pint, but those two cups sure went a long way. 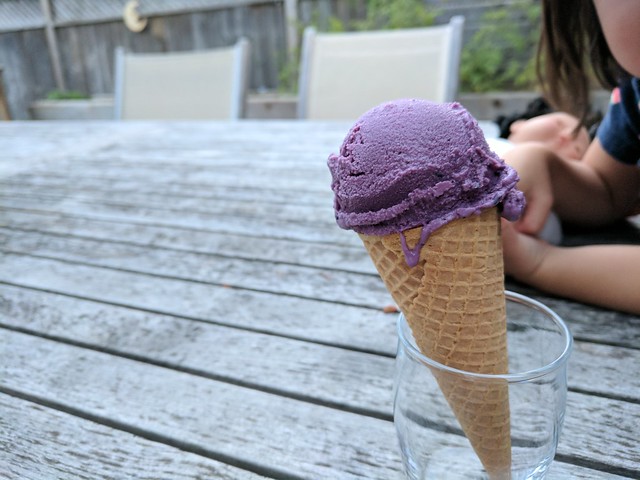 Continuing my journey through the Van Leeuwen Artisan Ice Cream book, the headnote mentioned that this ice cream uses extra yolks (eight total) to balance out the extra water from the blueberries. So it’s a little odd that they call for so much water (⅔ cup) when making the compote. I let my mixture simmer for quite a long time, so that the final volume was less than 2 cups. 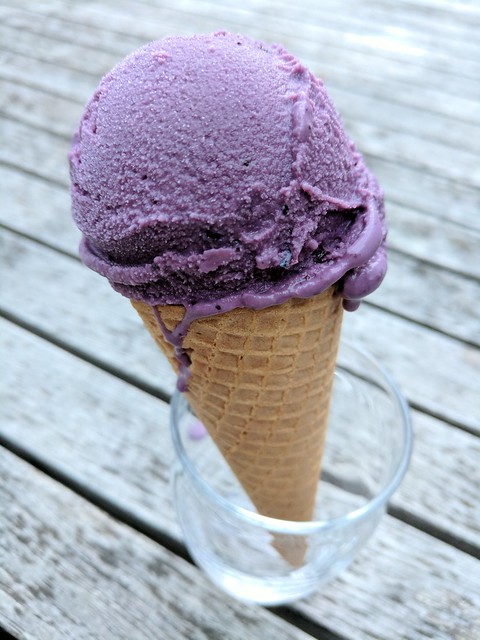 Despite using large, cultivated blueberries, which aren’t as intense as their wild cousins, the flavour is unmistakable. There’s just enough tanginess to balance the creamy, sweet base, and the colour is super vivid. I look forward to trying tasting the sour cream blueberry swirl variation in the book for comparison.