I don’t see pie offered as a dessert in many restaurants anymore. Maybe it’s because I don’t frequent diner-type establishments, or it’s no longer trendy. Even the Canadian Pie Company location in Leslieville closed a few years ago after a short run. Being able to make what you want to eat is perhaps the most important reason for learning how to cook or bake. With these thoughts in mind, I made this pie twice in the past week, as we’re in the height of blueberry season.

The recipe is by Stella Parks who describes in great detail how to make the optional herringbone crust. This elaborate lattice is what attracted me in the first place, and also the reason why I needed to repeat this dessert. 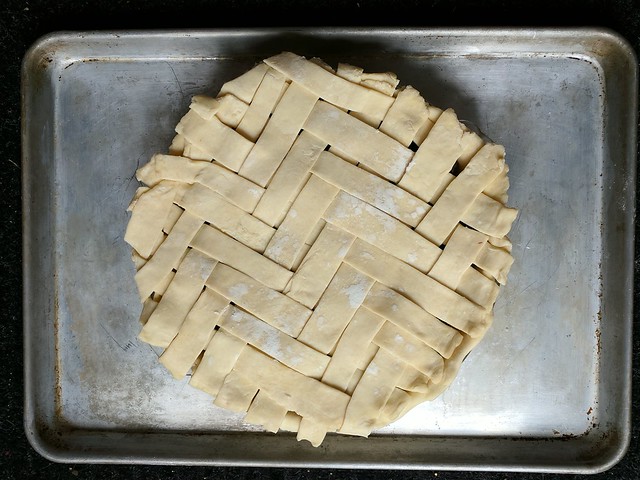 The provided dough recipe is the old-fashioned kind, without the aid of an electric appliance. You take butter cubes and smash them flat. I tried both a large metal spoon and the bottom of a metal measuring cup, and the latter yielded great results. Her instructions say to use the palm of your hand, but I felt that would warm up the butter too much. Do use a scale to carefully divide the dough for the lattice and the bottom: there isn’t any extra at all in this recipe. 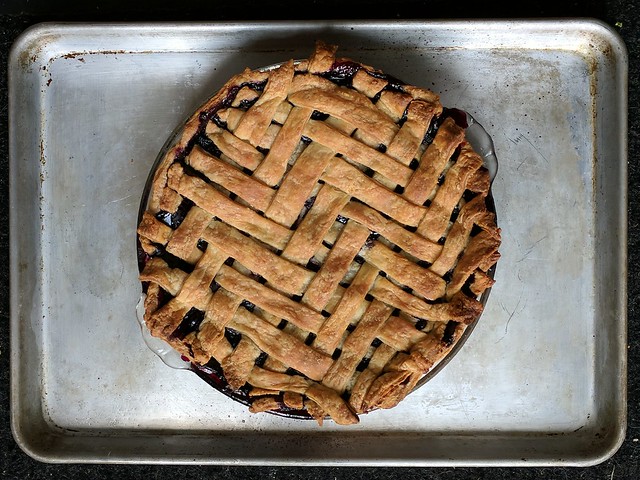 Weaving the herringbone pattern takes some practise. Making enough strips is key as the pattern doesn’t look nice otherwise. The first time around, my lattice didn’t turn out anything like the photos, and I didn’t figure out where I went wrong. The second time was much better. I’d watch her timelapse video, and read the instructions a few times before trying it, maybe even practise with strips of fabric!

A trick I employed for the second pie, was to make the lattice separately, freeze it, then slide it onto the filling. Learn from my mistake, and don’t do this on a curved plate, unless it’s floured well; a cardboard round lined with parchment would be much easier. 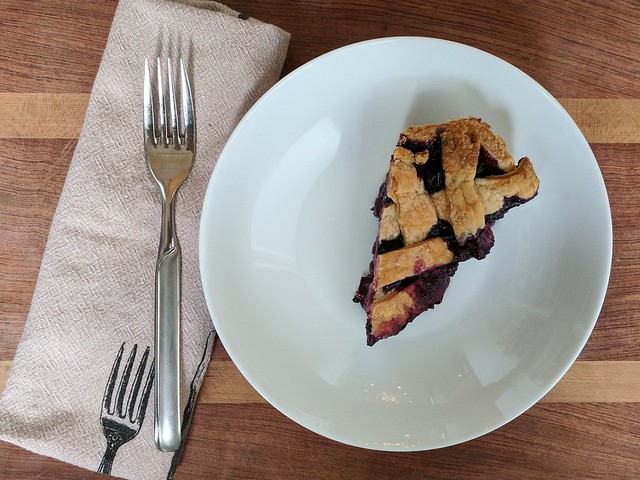 As for the filling, Stella suggests a mix of cultivated and wild blueberries, as the latter have superior flavour, but are usually three times the cost. I found that the taste of the pie was dominated by the tapioca starch, which always has a metallic taste to me. However, there was no mistaking what kind of pie this was. I loved the look of this top crust, and will definitely try it again in the fall.