When I saw the Van Leeuwen ice cream book on BookOutlet.com, I hadn’t heard of them before. Several reviews online mentioned the deliciousness of their vegan ice creams, particularly one recipe. It was this highly acclaimed roasted banana flavour that I made on Monday, marking my entry into the world of eggless, dairy-less ice “cream”. 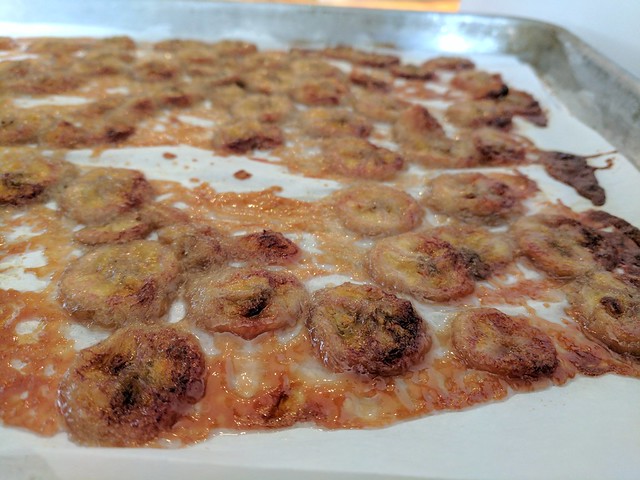 The ice cream recipe in the book references a batch of roasted bananas from another chapter, which uses butter, but the version by Melissa Clark in this link swaps in coconut oil. The bananas smell a-m-a-z-i-n-g while they’re in the oven. I needed a lot of extra time before the liquid was gone, and the sugars were caramelized. 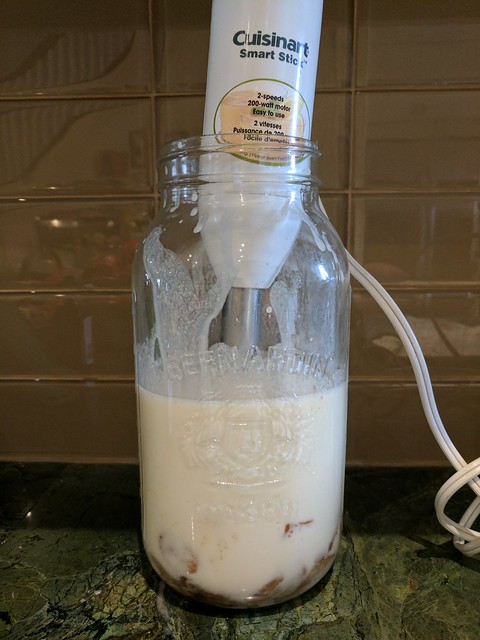 Making your own cashew milk isn’t difficult, and their recipe’s fat content is calibrated for a homemade batch, rather than a store-bought one. As discussed in the book, if you use a Vitamix-type blender (which I did), you don’t need to strain the resulting mixture, as it will be perfectly smooth. After combining a cup of it with coconut milk, the liquid is blended with melted coconut oil and cocoa butter. 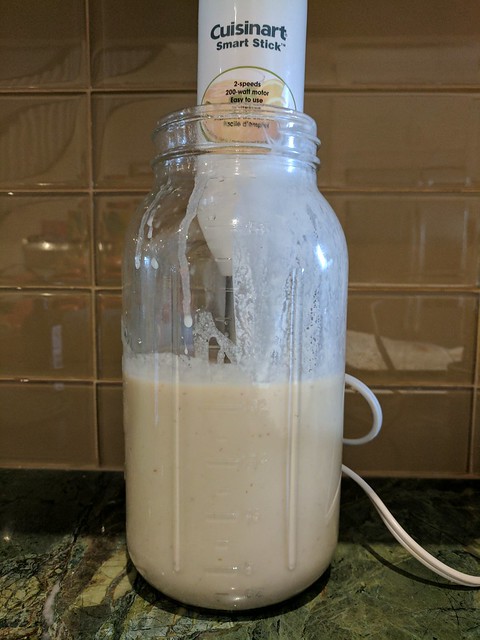 Above, you can see the mixture after everything is blended, including the roasted bananas. At this point, you put it in the fridge for up to two hours. (Any longer, and the fats would solidify). While waiting, I broke up a bunch of walnuts into smaller pieces, then toasted them until their were a deep brown. 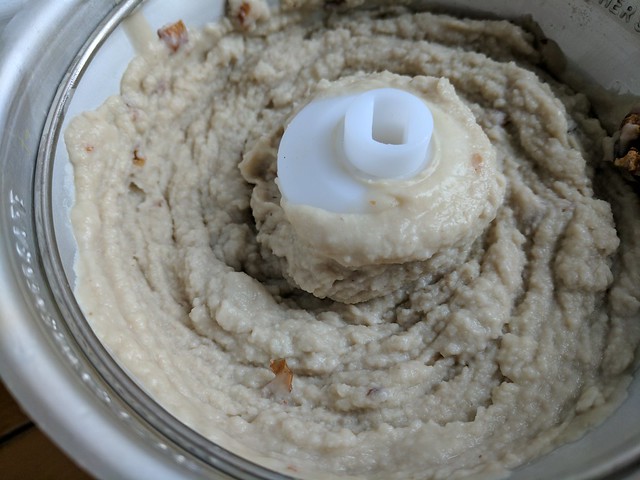 After churning, the mixture was not runny at all, and had an unappetizing gray colour. The banana flavour was very noticeable, and the coconut was surprisingly subtle. After freezing overnight, it got hard and somewhat waxy, but not as icy as a regular (dairy) ice cream. 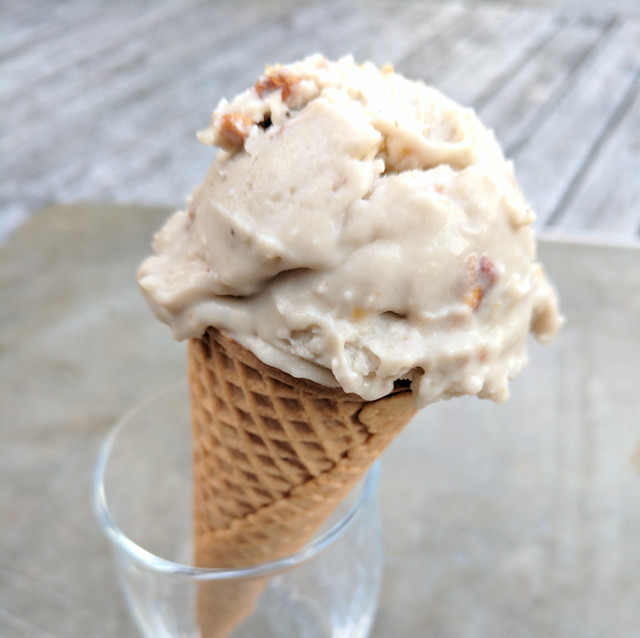 This vegan frozen treat was very, very good. It was distinguishable as being made from something other than cream, but the combination of fat and nuts was pretty convincing. My taster’s comments included “Yum”, “I’d eat more” and “nutty”. This recipe was no less work than a custard-based dessert, it’s just different work. I’m looking forward to trying at least one more vegan recipe this week, as I still have another two cups of cashew milk!