For a Thanksgiving dinner we hosted on Sunday, my parents were bringing a coffee cake, and I wanted an ice cream to go with it. Naturally, with a basement fridge full of apples, I looked for a suitable recipe. I happened upon one which called for making applesauce first, and then I remembered what else I had in the fridge. 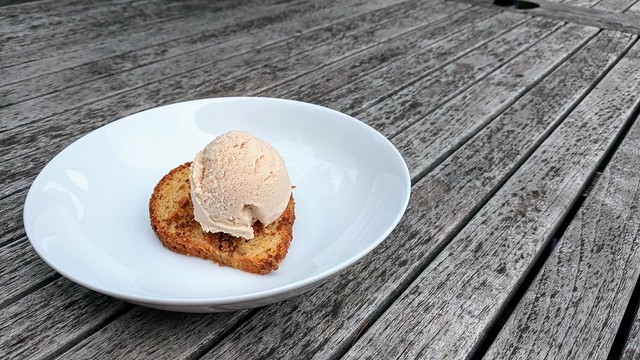 With so much leftover apple butter, I thought that it would be a good substitute for freshly made applesauce. It also had the benefit of having less water and a more concentrated flavour. The recipe comes from Emily Luchetti’s A Passion for Ice Cream, and is really simple: infuse one cinnamon stick in two cups of heated heavy cream and one cup of milk, then stir in 1½ cups of apple butter and two tablespoons of Calvados or apple brandy. 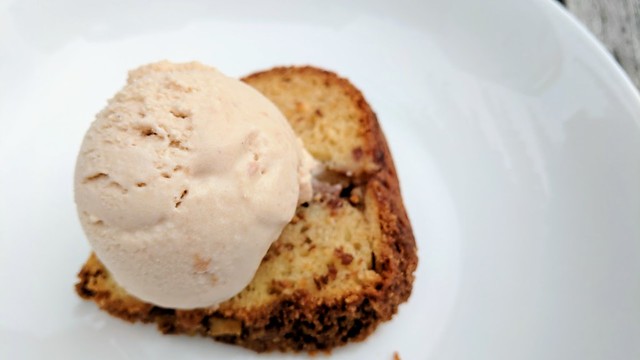 The ice cream had a nice pale brown colour, and tiny specks of caramelized apple. I really liked the intense apple flavour combined with the dairy. The mouth feel wasn’t as rich and smooth as an ice cream made with eggs, but was still satisfying.