I love cooked apple desserts – pie, in particular – but sometimes, I want to make something that’s a bit less work. Despite many apple experiments over the years, I’m always excited to try new variations. This Cook’s Illustrated recipe packs four pounds of fruit in each batch, and was so good, I barely got to have any for myself. 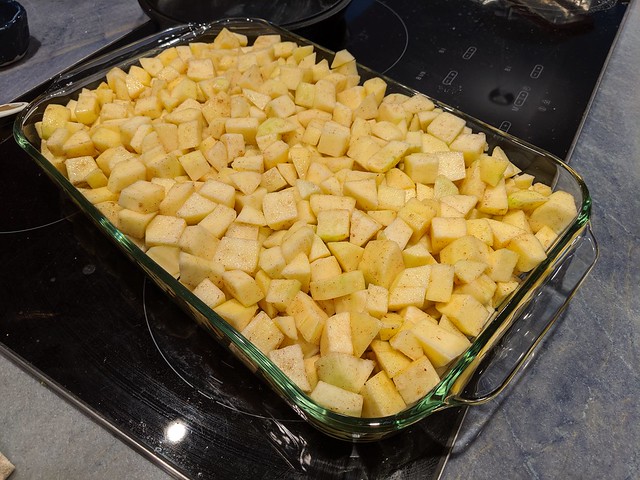 The first time I made this was for a potluck, and was far from perfect, because I didn’t read the directions carefully (shakes fist at “divided” ingredient lists). My first mistake was to forget to add sugar to the topping. Shockingly, most people didn’t even notice, and thought it was fine. My second mistake was to use an oblong glass dish, which accommodated the double batch, but was specifically called out as contributing to an overly mushy filling, due to its heat retention. For allergy reasons, I also omitted the ground almonds. 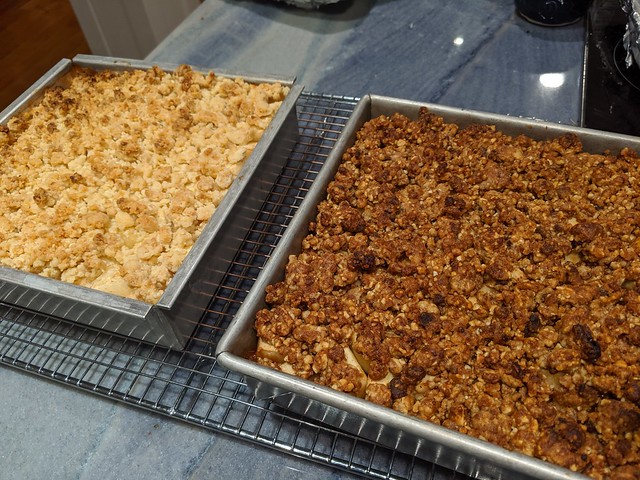 A week later, I tried again, making one as written, and one with low-sugar substitutes. To save time, I roasted the apples ahead of time, holding them in the fridge overnight. This time around, I made sure to use square metal pans. Predictably, the one made with regular Splenda did not caramelize very well. I avoided the brown sugar Splenda product, as it’s actually not a zero-calorie sweetener at all, and is a 50-50 blend of regular brown sugar and Splenda. 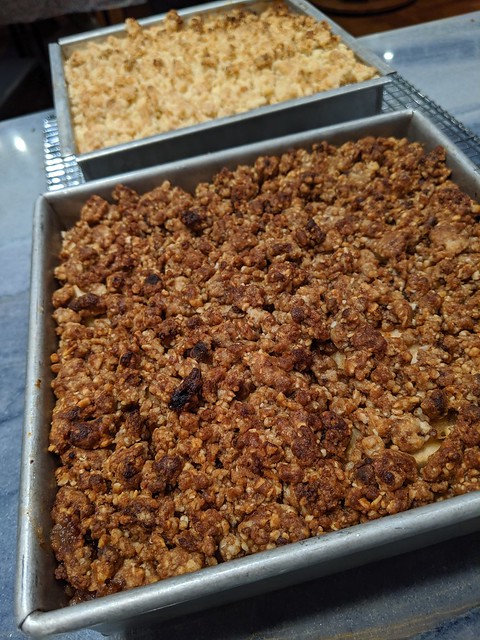 What I like best about this recipe is how much fruit it manages to pack in. The ratio of fruit to pastry is crucial for a good apple dessert. So many lacklustre restaurant versions have just a thin, almost jam-like layer underneath the biscuit, pie crust, or oatmeal crisp. I will definitely keep making this version, and selfishly serve myself the first portion.