For a friend who invited herself over on a Friday night, we made a nice dinner of chicken with lemon sauce, roasted cauliflower à la Fat Pasha, salad, and lots of cheese and homemade bread. For dessert, I made this moist apple cake, complete with a cream cheese frosting. 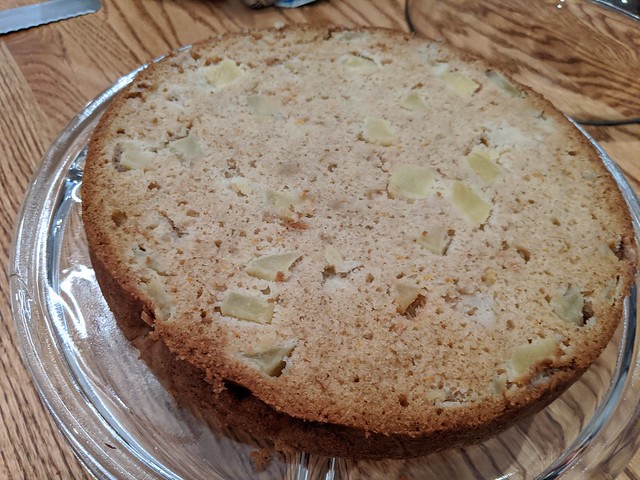 The recipe I used was from Sweet, but the authors note that it first appeared in Ottolenghi. My only changes were to omit the raisins and soaking water, and using vanilla extract instead of beans. I haven’t bought vanilla beans recently, as prices have remained high for the last few years. Read this on-the-ground in Madagascar report, and see the eye-popping chart showing the jump from $17.50 per kg to the current $400! 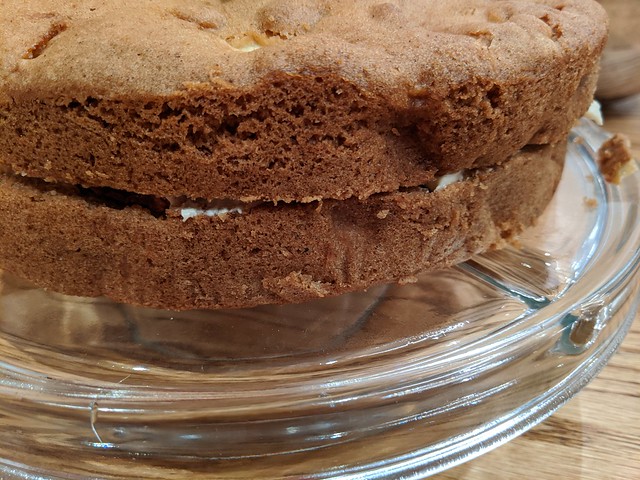 The cake baked up nicely, and was very moist and easy to slice in half. 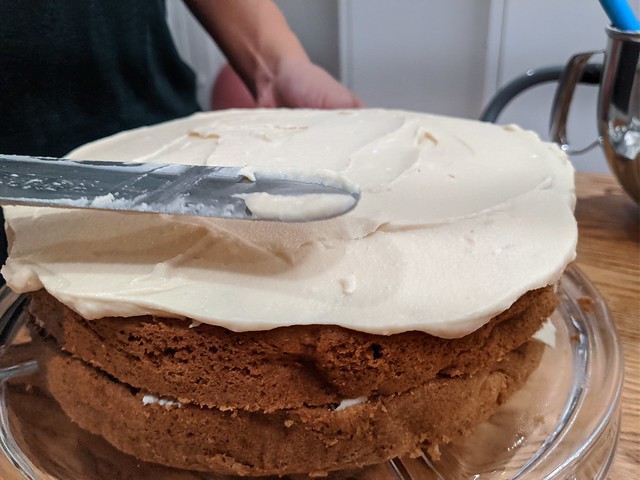 I was on the fence about making frosting, but definitely had opinions from the rest of my family and our guest. It has maple syrup in it, which had everyone looking forward to tasting it. 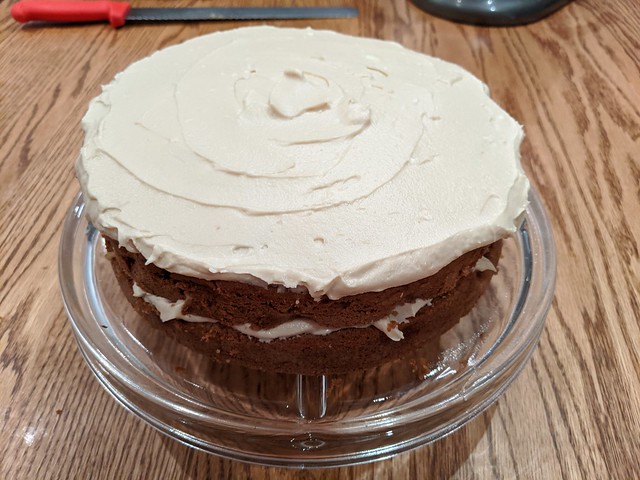 Here’s the finished cake. I had a lot of fun putting it together, even though it was pretty straightforward. There’s something about having an audience watching with anticipation that makes it more satisfying. 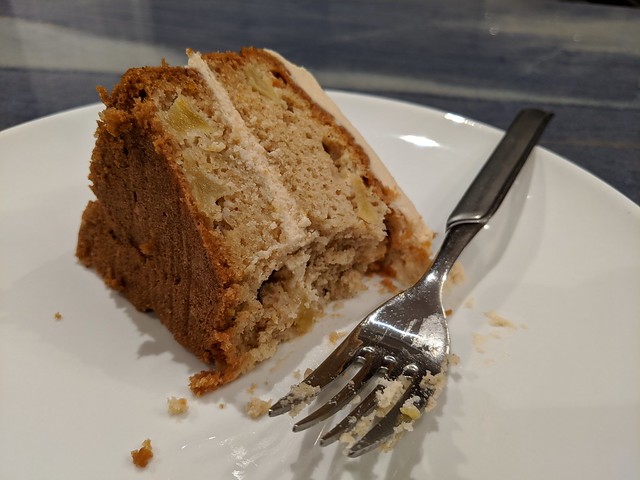 Everyone loved this cake! It was very moist, even three days later, and struck a perfect balance between cake, apples, spices, and frosting. The Honeycrisp apples I used didn’t get as soft as I would like, but your mileage will vary, of course, with other varieties. My tongue didn’t get a strong flavour of maple from the frosting, but I heard no complaints from anyone else.