Few treats are better than a lemon square. I think they have the perfect blend of tart-sweet flavour and soft-crumbly texture. There are so many variations, and I’m intrigued by them all. This version, which features an almond crumble strewn over the curd, and a variation involving berries, was one I had to try. 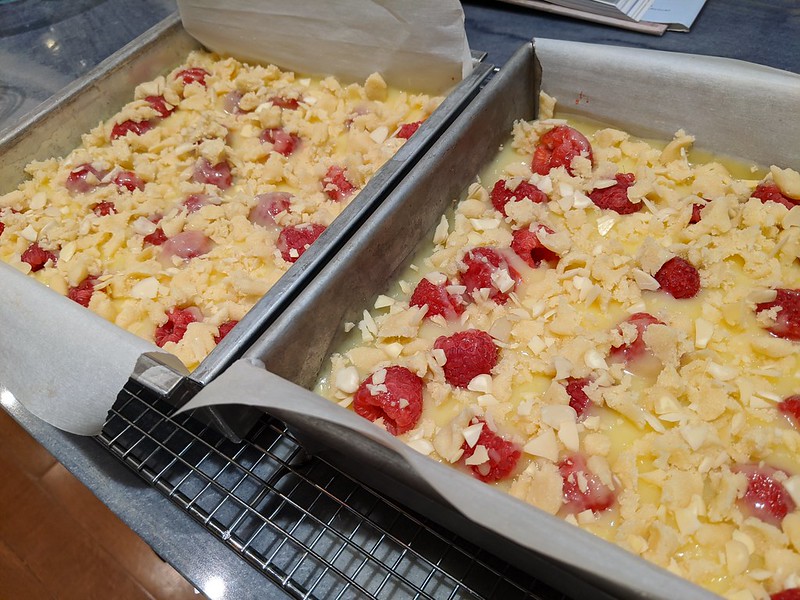 The recipe is found in Baking Chez Moi, by Dorie Greenspan. If you’ve ever made a lemon square before, this one has a few differences. The shortbread base is divided, and some of it is spread over the curd, like a streusel. In addition, fresh raspberries are tossed onto the crust, so they bake right into the lemony topping. 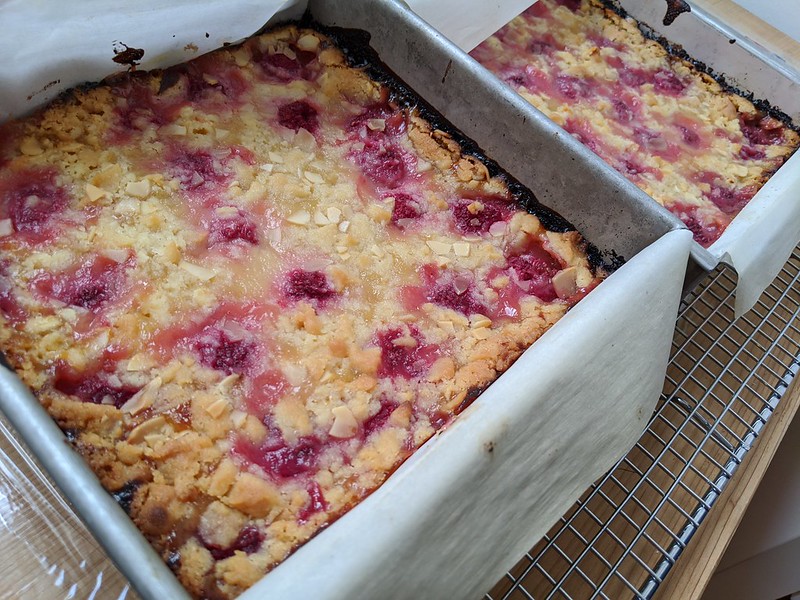 Maybe it’s my mathematical mind, or maybe all bakers think this way, but I really thought about the ratio of effort vs. reward after making these squares. Here’s the steps: pre-baking and cooling the short crust, making and chilling the lemon curd, then assembly and final baking. And the outcome? The lemon squares were caramelized on the edges, had a nice interplay between the berries and curd, and offered almond crumble in each bite.

These squares were tasty, but the addition of berries and streusel did not significantly improve the overall experience, and so I don’t think the extra effort was worth it. For comparison, this lemon square doesn’t require cooling the crust, and the hot curd can be poured right onto the base. And it looks just as delicious.