I first heard about black walnuts when a colleague at one of my internships told me the hardwood was highly prized, and that he would love to one day grow an orchard full of them. Some twenty years later, I finally tried some at a supermarket in Florida. Less than a year later, I finally tracked down a Canadian source.

Grimo Nut Nursery is in Niagara, ON and sells nuts to eat, nut trees, harvesting tools, as well as fruiting trees like persimmon, quince, and mulberry. They sell black walnuts both shelled, and in-shell. A pound of shelled black walnuts is $16 CAD. Despite the high cost and shipping, I ordered some at the end of October. 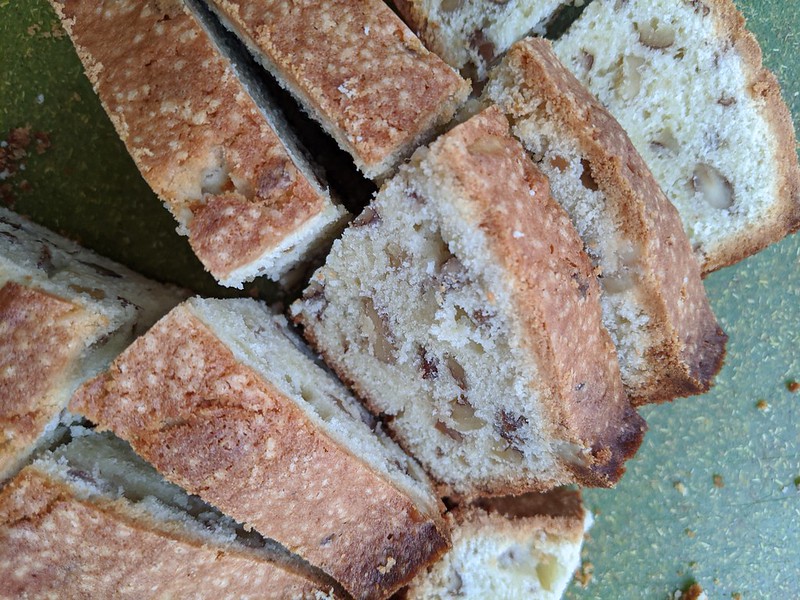 What to make with them first? I decided on a pound cake by Sherry Yard, from her Secrets of Baking book which follows the classic formula of equal parts of eggs, sugar, and flour. I didn’t have quite enough cake flour, so I used a 50-50 blend with all-purpose (which is suggested in the recipe). I also omitted the vanilla per her suggestion when making a the nut variation, and instead added one heaping cup of toasted black walnuts. 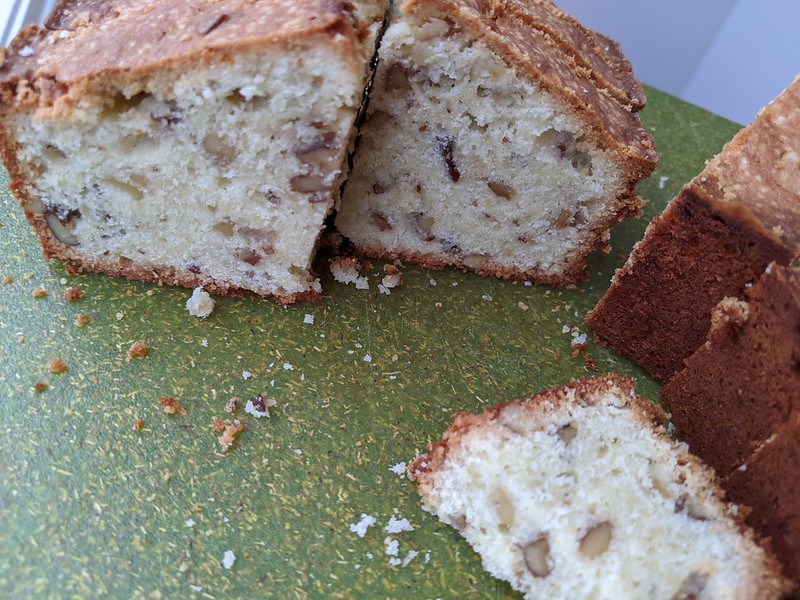 The cake turned out okay. It was quite pale (must be the butter and/or eggs this time of year), and somewhat dense (probably over mixed). But the walnuts were definitely the star: lots of crunch and pops of flavour in every mouthful. Many sources suggest making a pecan pie, but substituting black walnuts. I’ll have to try that next!