For a holiday dinner we were hosting, I wanted to make a Japanese cheesecake. I never understood the fuss about Uncle Tetsu when they opened in Toronto in 2015, and it wasn’t until last year that I tried a slice of their signature cake. It’s pretty good, especially warm, but I wanted to see if I could make it myself.

This recipe, by Melissa Clark, was recently published in the New York Times, and was adapted from a cookbook by Joanne Chang. It makes use of cream cheese and créme fraîche for tanginess, is flavoured by lemon zest and vanilla, and gets its structure from cake flour and whipped egg whites.

I don’t know if this is the case with all Japanese cheesecake recipes, but in this one, you melt the cream cheese over a double boiler. The rest of the ingredients are whisked into the cheese, and the only time a mixer is involved is to whip the egg whites. 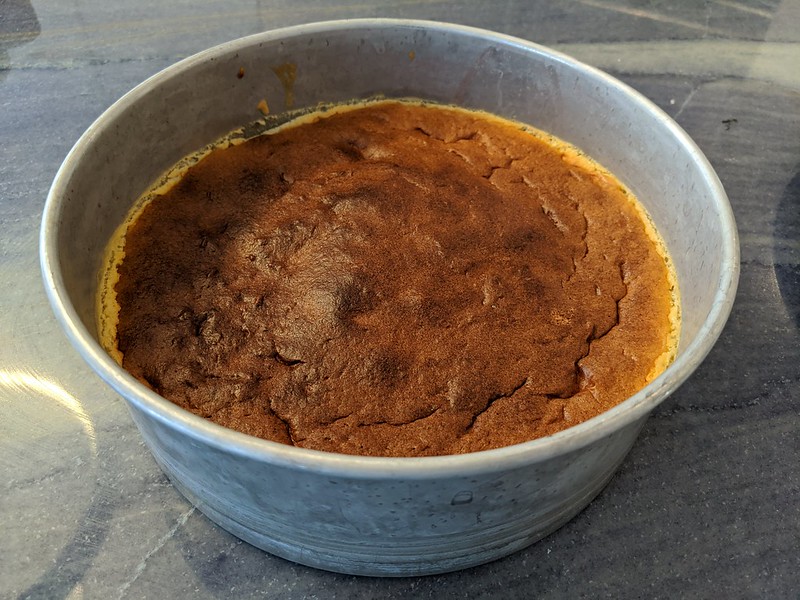 I baked the batter in a regular (not springform) cake pan, and placed it in a large roasting tray. It did float around a bit in the oven. Despite following the instructions very carefully, my cake did develop a crack in it, a sign of overbaking. I still haven’t figured out my convection oven yet. 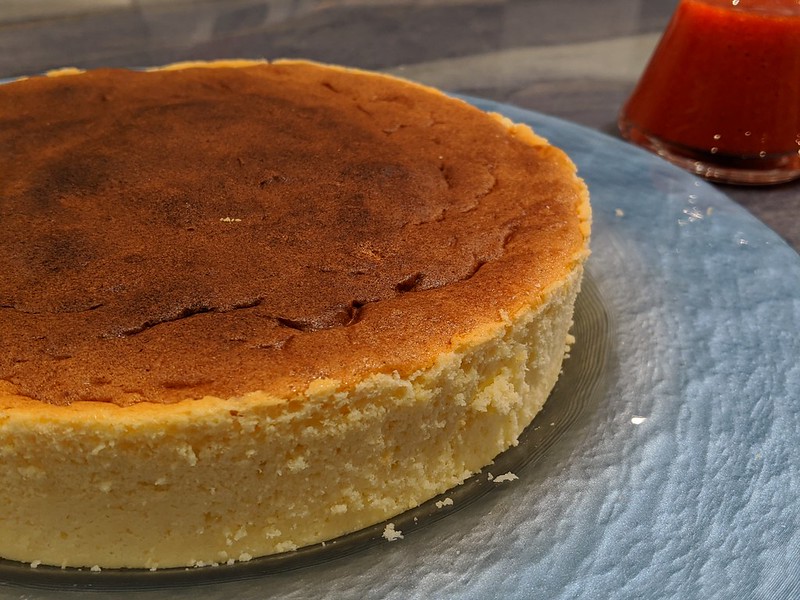 Served on the day it was made, we all thought this was just okay, and not as fluffy as Uncle Tetsu’s. It’s not as dense nor “cheesy” as normal cheesecake, but is distinct from regular sponge cake. Even a week later (several days longer than the suggested shelf life), the leftovers reheated beautifully, greatly improved by a few seconds in a microwave.