To celebrate Purim this year, we had two young people join us on a Sunday to roll out dough rounds, plop a sweet filling in the middle, and fold them up into little hamantaschen. Due to a last minute cancellation, the person bringing Nutella had to cancel, so it was up to me to save the day… with homemade chocolate-hazelnut spread!

I used Stella Parks’ recipe. Making hazelnut brittle might sound daunting, but I’ve made praline countless times. In this case, her directions make it even simpler, as everything (nuts, sugar, water, and syrup) is combined into the pan at once. And the baking soda (which is what distinguishes brittle from praline) makes air bubbles that make grinding easier. 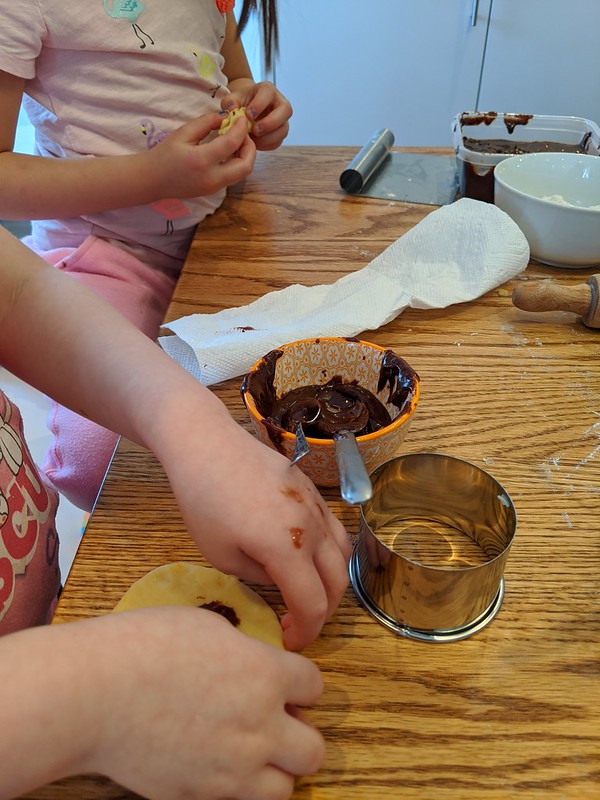 It takes quite a while to turn the hard candy into a granular powder, then a bit more time until the nut oils break out and turn the mixture into a paste. After dumping in the cocoa powder and melted chocolate, the mixture began to look like a grainy Nutella. It’s not until you add a bit of water, that the mixture turns creamy. 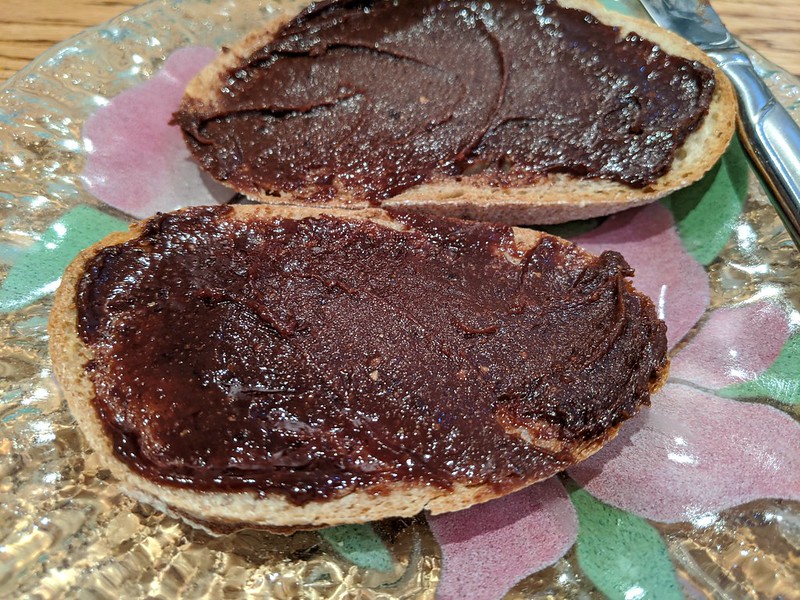 Right out of the food processor, this spread was amazing. Rich nut flavour, chocolatey sweetness. Even after letting it set to a more firm texture, it was easy to nuke it in the microwave, and spread it on toast or crackers.

Our one small critique, is that the texture is just slightly gummy, maybe over-processing or some interaction between the corn syrup and the chocolate. We might stick with the crunchy version (without the water) next time.