We’ve been cooking three meals a day for the past three weeks, and I’m constantly looking for new things to try. The genesis of many of my cooking ideas is leftover ingredients, so this week, that was yogurt and red lentils. With the latter, I made a lentil dal, and what better to go with it than naan? 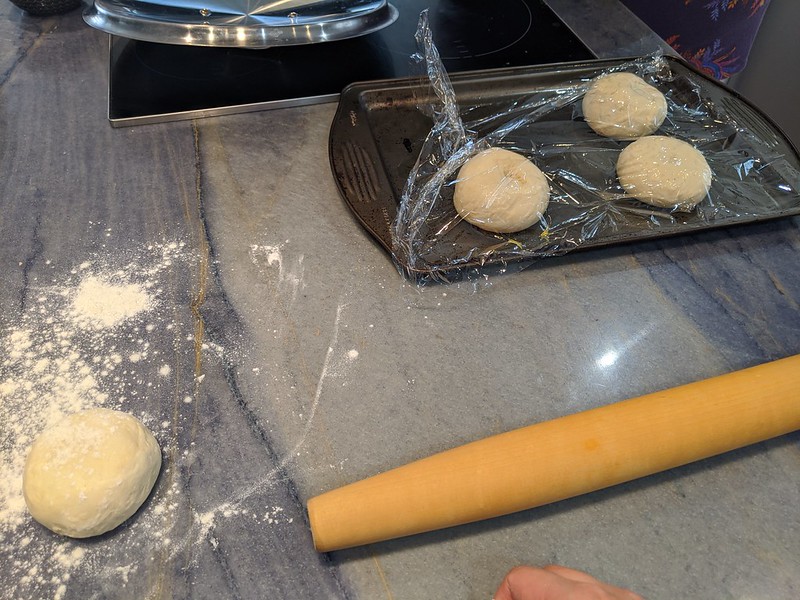 I used a recipe from Cook’s Illustrated that incorporates yogurt, oil, and egg yolk in the dough for tenderness. The whole thing comes together in the food processor, but does require an overnight rest. 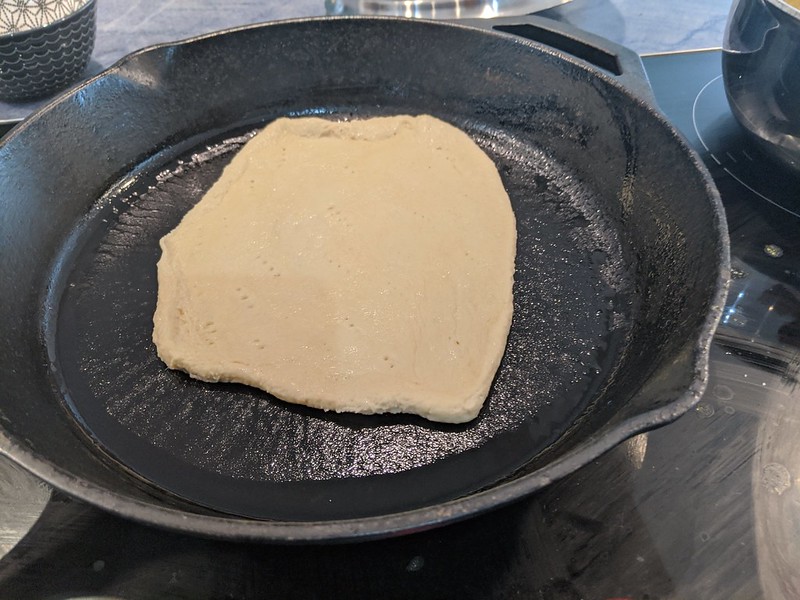 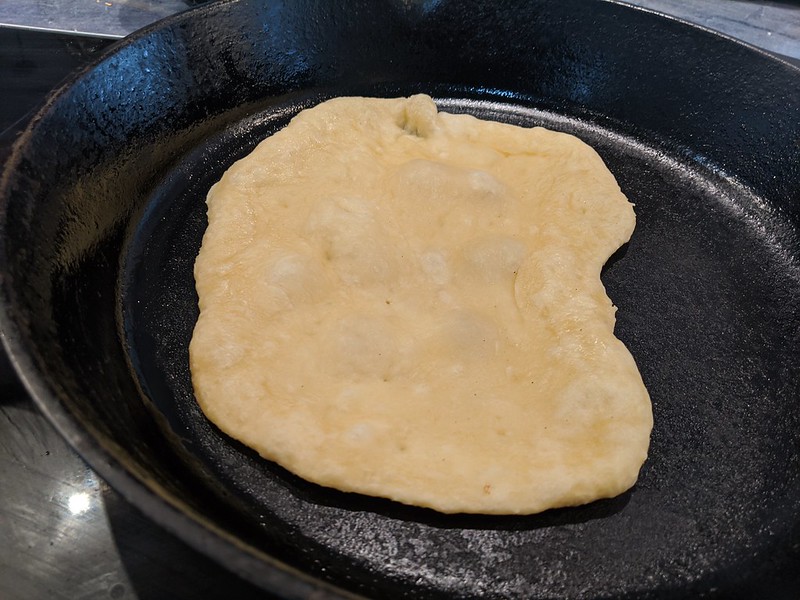 Once the dough has been rested, you shape it into balls, then roll them flat. After docking with a fork, you spray both sides with water, then cook them on a hot, covered cast iron pan. This mimics the effect of a traditional tandoor. 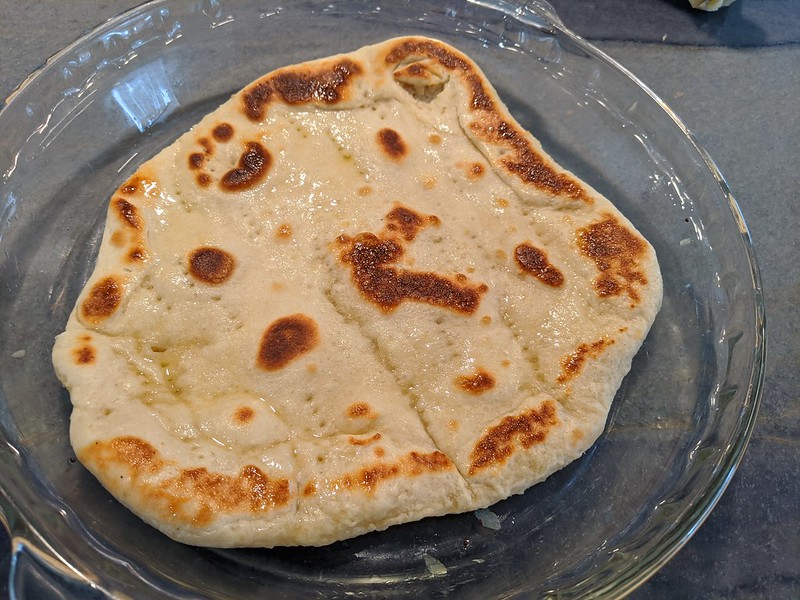 These turned out beautifully browned on both sides, and tender and flaky in the middle. They were eaten as fast as I could make them! 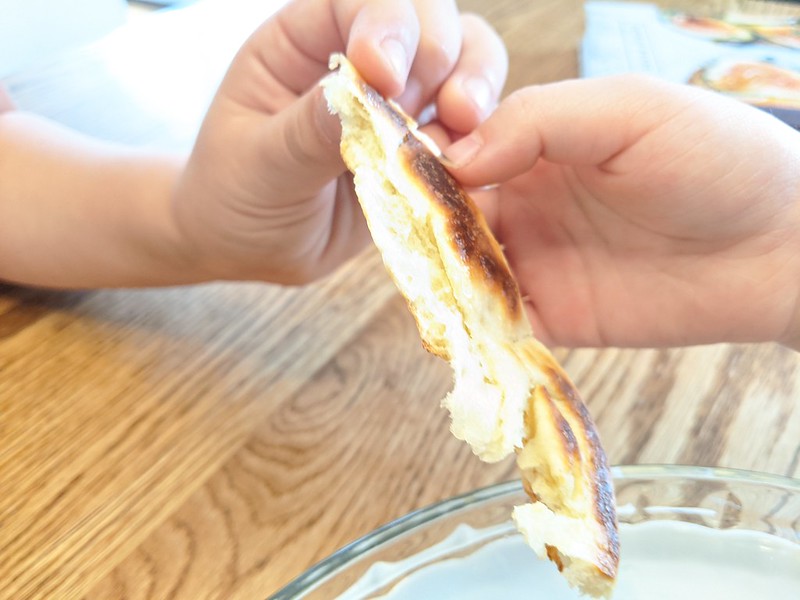 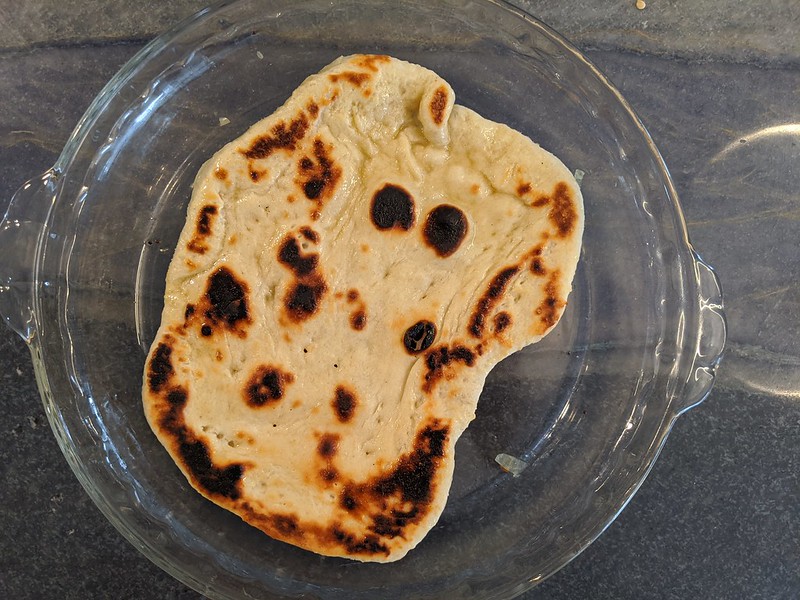 A few days later, I made naan again, but this time used atta flour, a type of high-extraction whole-wheat flour, used for Indian flatbreads like chapatis, parathas, and roti. Following a tip from this video, I mixed atta with all-purpose, in a 3:1 ratio, so that the AP flour would provide the gluten. They turned out great, with a nutty taste that everyone liked: 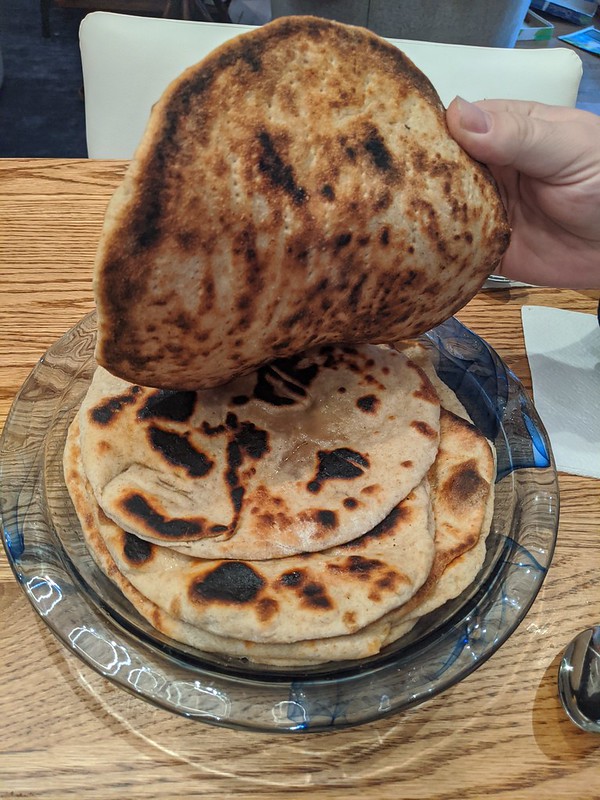 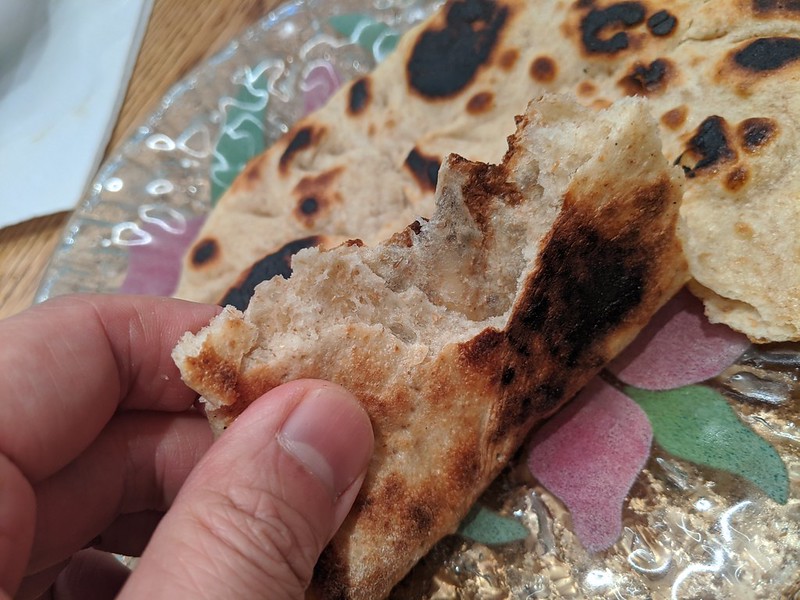 Cook’s Illustrated also has a variation that reduces the overnight rest down to just 90 minutes of folding. I don’t mind the advance preparation, but that’s good to know that if your family has a sudden craving for naan!

One other reminder for my future self: a setting of 8 or 9 on our Miele induction cooktop (which goes up to 12) was optimal for cooking the naan.