The mess and unhealthiness of deep-frying make it a special occasion occurrence at our house. For my son’s birthday, we ended up making churros, an easy fried treat that could be dipped in chocolate sauce. 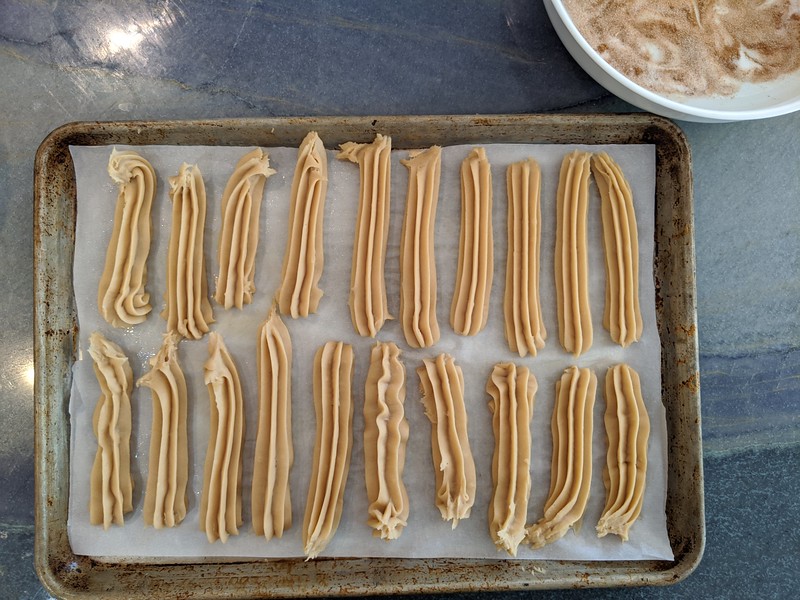 The recipe is from the Feb 2016 issue of Cook’s Country (Season 10, if you watch on the tube). I’ve made choux pastry and churros before, so the batter isn’t foreign to me. What was novel, is pre-piping the lengths all at once, rather than directly into the hot oil. This makes the process safer and faster. 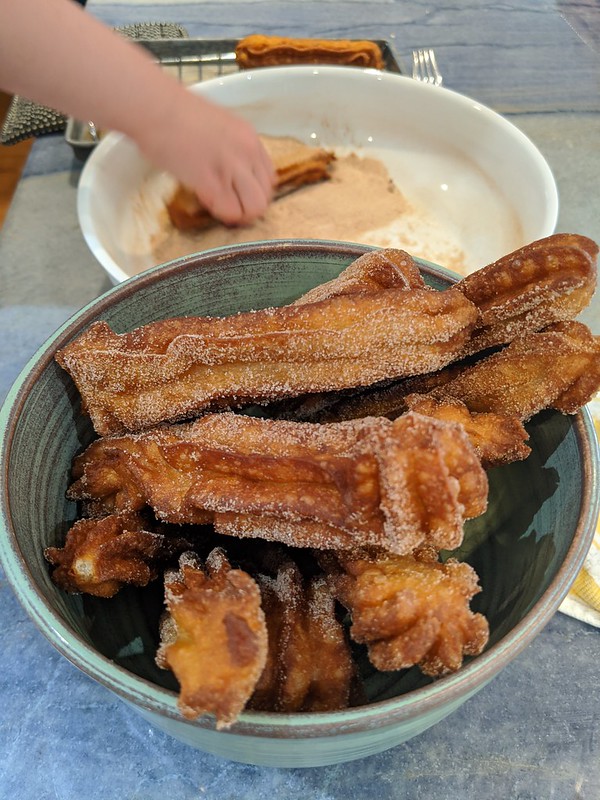 After a 15 minute spell in the fridge to firm them up, I started frying. The batter was quite sticky, so I was glad for the heavily sprayed parchment, as well as wetting my fingertips before picking up the dough lengths.

Because they sat on a sheet pan, one side of each churro was flat. I think that’s a small price to pay in aesthetics, compared with the gain in simplicity. It didn’t take long to cook all of them: under a half hour for the three batches. 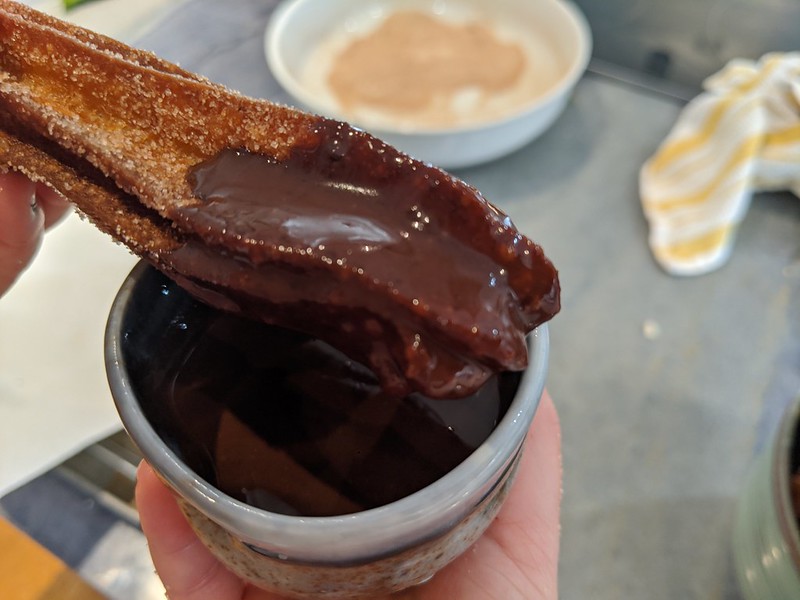 Straight out of the fryer, these were pretty crisp and delicious. I don’t remember whether I put vanilla in the batter or not, but they were pretty tasteless on their own. Of course, these churros aren’t meant to be eaten plain. A roll in cinnamon sugar and a dunk in warm chocolate ganache make them a satisfying three-bite dessert.