We’ve been enjoying our market box deliveries from Thames River Melons, a fruit and vegetable farm, an hour and a half drive west of Toronto. We’re not going to be able to browse the market stands this summer, so I’m glad Dr. S found out that Thames was delivering. During May and June, about 3 pounds of rhubarb arrived in our box every week. What we couldn’t use of the tart stalks, we’ve washed, diced and frozen. The remainder has gone into making various crisps, and this week’s variation was definitely out of the ordinary. 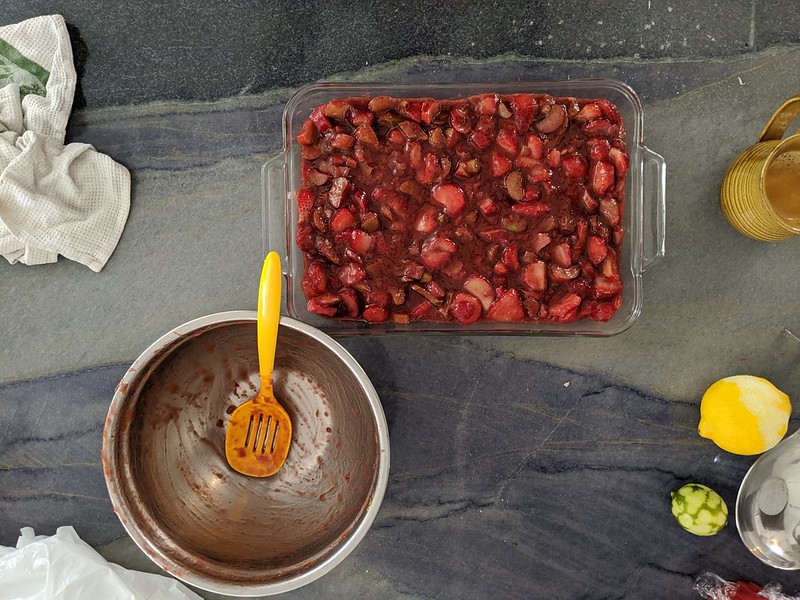 I made a double batch of this recipe from Saveur, contributed by the bakers at Ovenly, a bakery from New York City. I made a few minor substitutions out of necessity (whole wheat flour for rye, lime zest for orange). The quarter cup of cornstarch seemed like a lot, so I didn’t double this quantity. 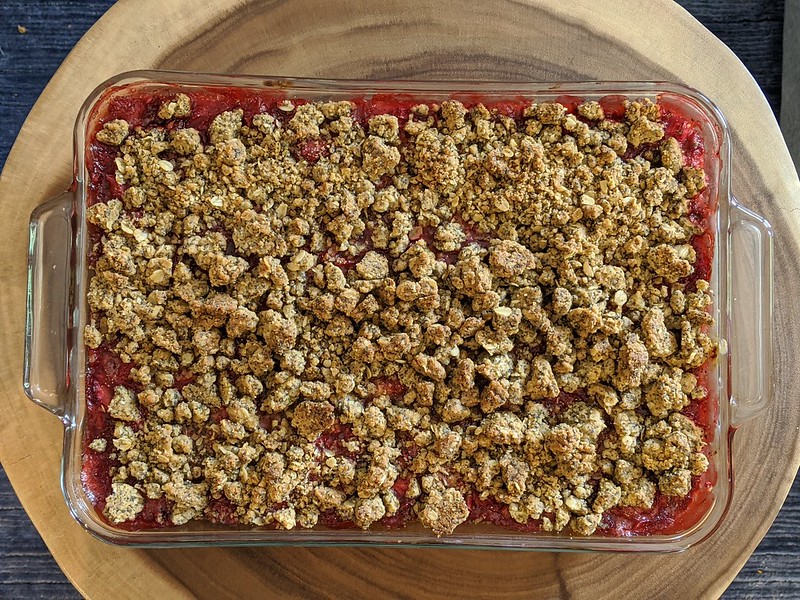 This recipe is a bit more involved than others: you need to pre-bake the topping so it stays crisp, and you also need to cook a portion of the rhubarb into a jam. This is stirred into the raw rhubarb and strawberries before baking, so some of the fruit stays whole, providing some textural contrast. 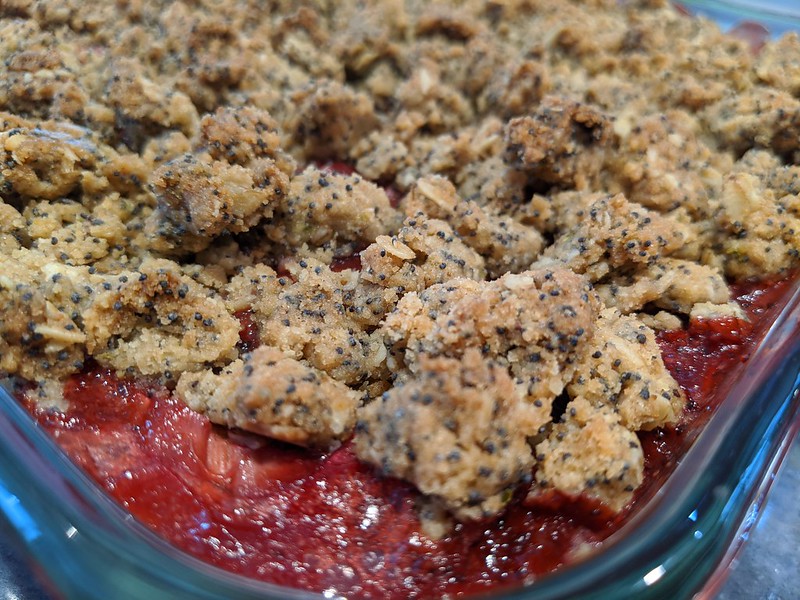 I made a critical error though: instead of fresh strawberries, I used an equivalent amount of frozen, sliced berries, which I didn’t thaw. The cold fruit meant it took a lot longer for the filling to bubble and boil in the oven, so the rhubarb remained quite under-cooked by the time the crisp topping browned. 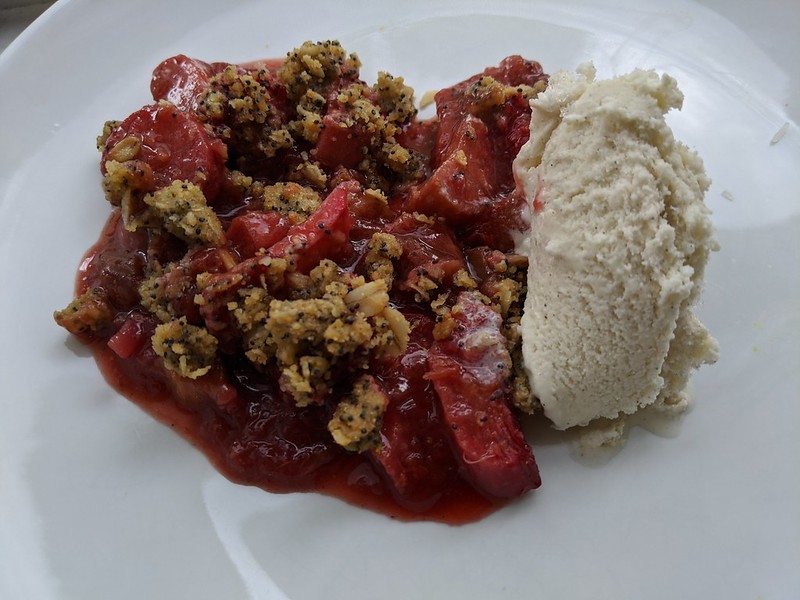 My family gave this dessert a pass. Not only were they put off by the undercooked rhubarb, they didn’t like the poppy seed topping. I thought that the wine, various spices, and technique added a ton of complexity to an otherwise commonplace dessert.

After a few days in the fridge, the topping got quite moist, and couldn’t be revived even in a toaster oven. I would use less butter next time.