It isn’t quite peach season here in southern Ontario, but a recent New York Times recipe had me buying some fruit from south of the border just to make it. This unique poundcake incorporates peach into the batter in two ways, and even uses it in the icing. 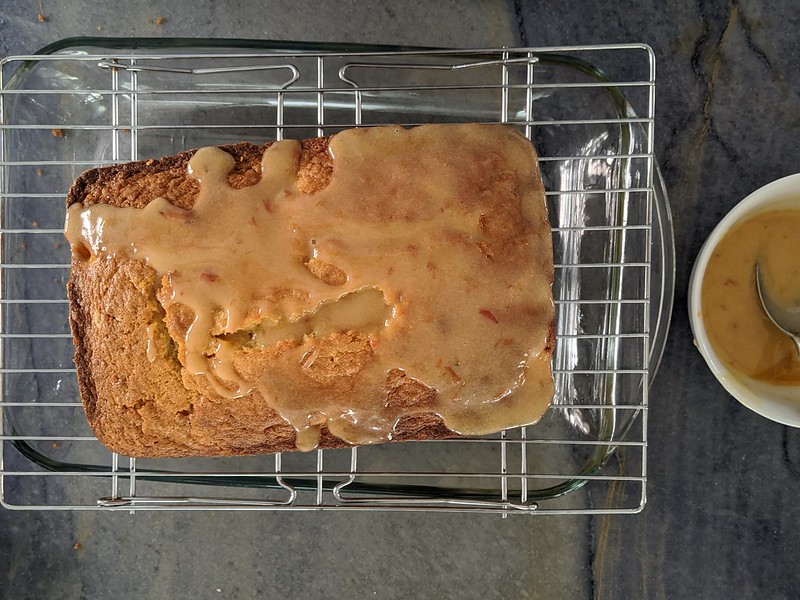 The recipe is by cookbook author Jerrelle Guy from her book, Black Girl Baking. It’s much less fussy than pound cake methods that involve creaming the butter and sugar, as you can just melt the butter here, and stir all the ingredients together. 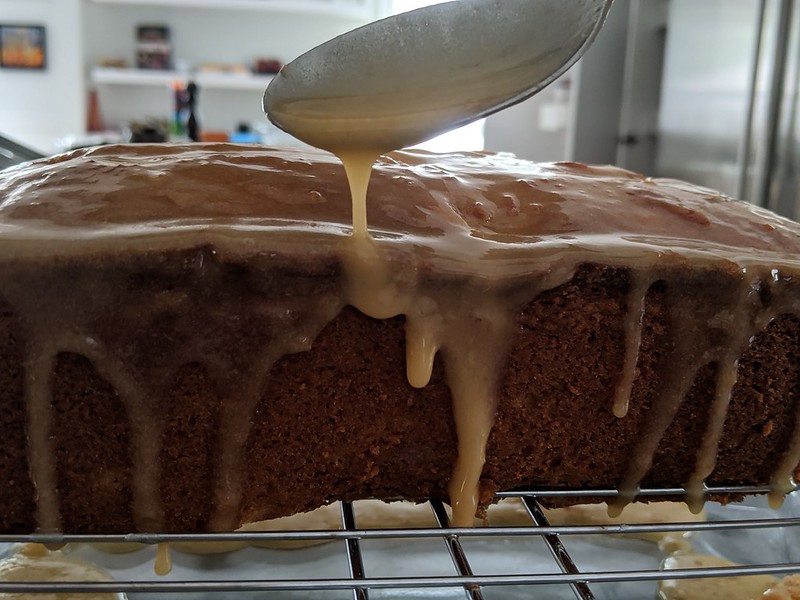 However, you do need to bust out a food processor. This is to blitz some of the peaches (skin and all) to make 1 cup puree to stir into the batter. Speaking of fruit, it’s hard to know what a “medium” sized peach is, so definitely weigh them. I ended up using four smaller peaches. Also, the remaining puree is used to make the icing, but the recipe gives no quantity. So if you have too much, you’ll end up adding more icing sugar to thicken it. Instead, what I should have done, is to slowly add my puree to a fixed quantity of sugar, stopping when the right consistency was reached. One final tip: defer Step 1 (dice up one of the peaches), so that the exposed surfaces don’t brown, and cut them on top of a paper towel to absorb any excess liquid. 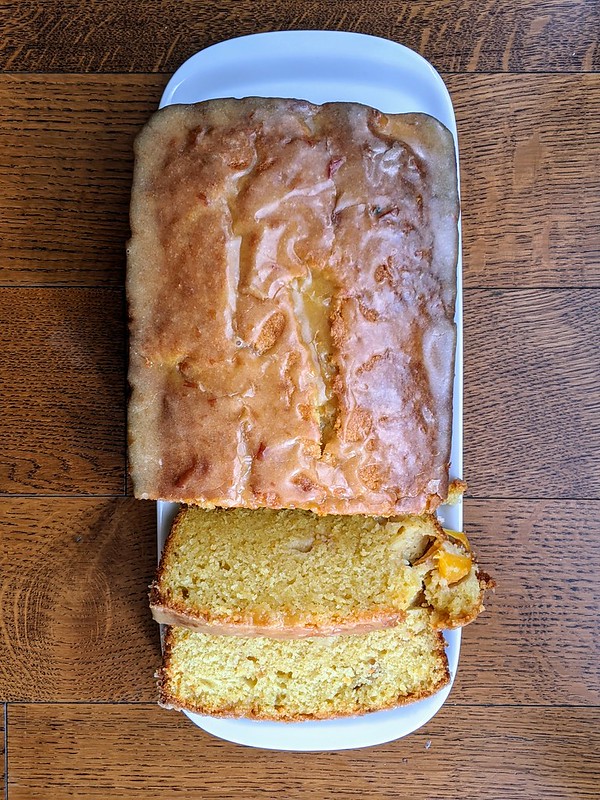 It was really hard to let this cake cool before eating it. We dug in while it was still barely warm, and it was heavenly. Such a tender, moist crumb, with a distinct peach aroma. We all wanted more fruit chunks, but I didn’t have any more to garnish the cake! This pound cake held pretty well too, remaining moist two days later at room temperature. It’s been a while since I’ve come across a recipe that wows me like this, but I’m excited to add it to my repertoire.